In these dazzling, uncanny stories, myth becomes part of everyday life and Nancy Drew visits the underworld in search of her long-lost mother. 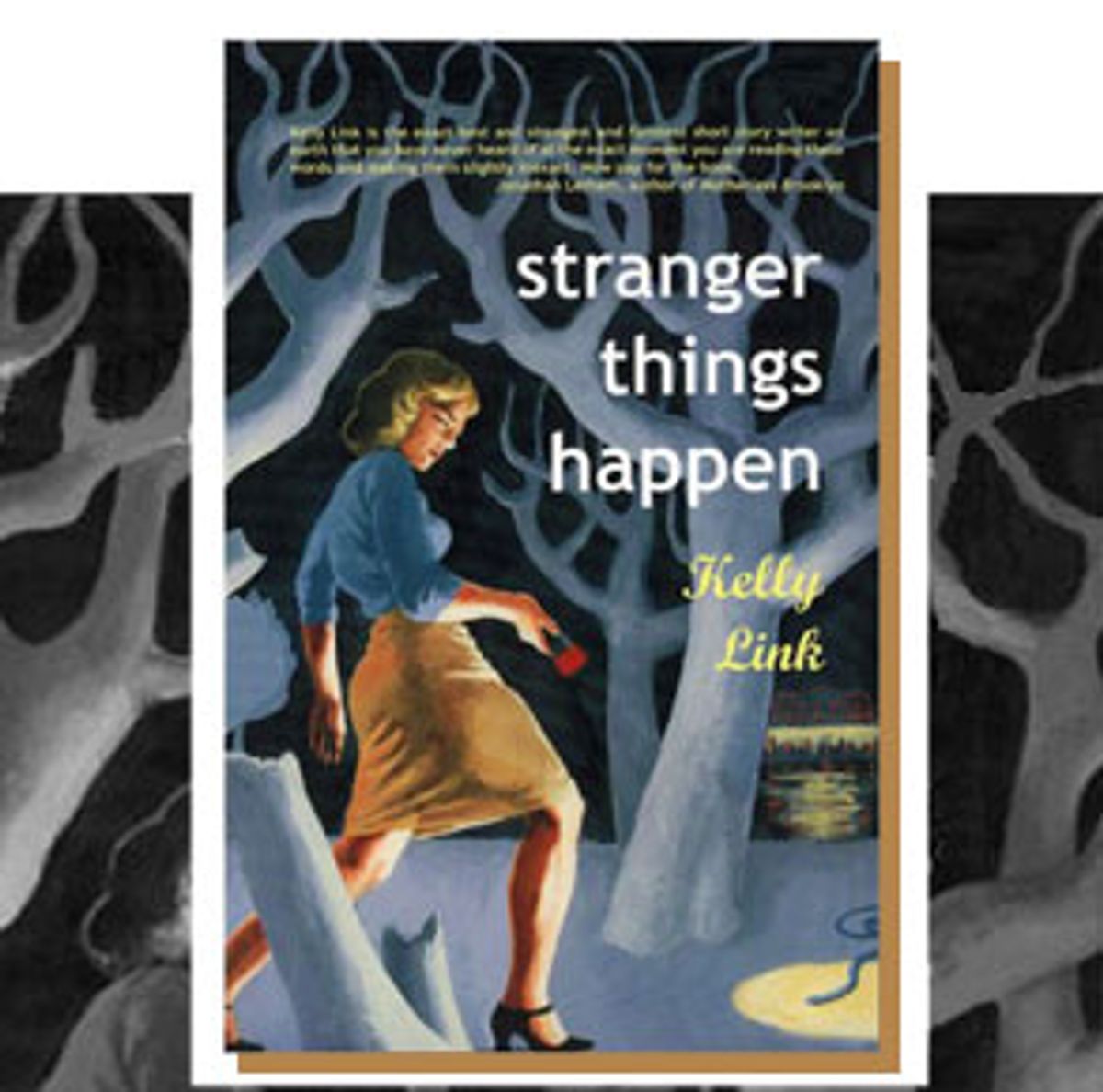 In Kelly Link's pristine, dreamy stories, elemental forces move beneath the facade of ordinary life like the shadows of vast marine creatures below the surface of the sea. The things that happen in her fiction are strange indeed -- a dead man posts letters to the wife whose name he can't remember from a mailbox planted on the beach of a deserted resort; a woman invites a group of cellists to her apartment to play for the naked male ghost that's been crawling across her floor at night -- but they're also intimately connected to the most universal and vexing of emotions: grief, regret, jealousy, restlessness, anger and, especially, sexual passion.

Human beings have used myths and fairy tales to wrestle with these feelings for much, much longer than they've used realist fiction, and in writing about the entanglements and betrayals of contemporary life, Link helps herself freely from those warehouses of stories. In "Travels With the Snow Queen," a story told in the second person, a young woman's unfaithful boyfriend goes out for a pack of cigarettes and never comes back: "The man at the corner store said that he saw your lover get into a long white sleigh. There was a beautiful woman in it, and it was pulled by thirty white geese. 'Oh, her,' you said, as if you weren't surprised." She sets off on an epic journey to find him, armed with a numbered list of things she wants to get off her chest, including "3. I never really liked your friends all that much." Along the way she meets a princess with an admirable "dedication to the art and practice of sleep," a robber girl who lends her a cute pair of shoes, a handsome guardsman and more talking animals than she would have preferred.

Other contemporary writers have borrowed from fairy tales, of course, most notably the late British author Angela Carter, clearly an influence on Link. But while Carter recast the old stories in ornate, voluptuous prose that reveled in their Freudian and Sadeian undertones, Link's writing is cool, controlled and scrupulously spare. Carter would tweak the legends of, say, Bluebeard or Little Red Riding Hood to arrive at an exhilarating, if sometimes savage, feminist denouement. Most of the young women in Link's stories, on the other hand, have the self-deprecating, wisecracking outlook of Melissa Bank and Lorrie Moore. Carter celebrated desire, while Link prefers to tally up its costs.

Link is also a master of the unsaid, which equips her wonderfully to write ghost stories. Many of the stories here use enigma to expertly conjure up an atmosphere of dread or menace in a way that's reminiscent of David Lynch at his best. Perhaps the creepiest is "The Specialist's Hat," which concerns a pair of 10-year-old twin sisters who have moved into an old house with their father after their mother's death. They debate the differences between being "dead" and being "Dead" with their baby sitter, a person who at first appeared to be a grown-up, "but now she hardly looks older than them. Samantha has forgotten the babysitter's name":

Claire's face is stubborn. "When you're Dead," she says, "you stay up all night long."

"When you're dead," the babysitter snaps, "it's always very cold and damp, and you have to be very, very quiet or else the Specialist will get you."

"This house is haunted," Claire says.

Then there's the young man in "Water off a Black Dog's Back," who has the misfortune to be in love with a girl whose mother has a wooden leg and keeps a barnful of sinister, inky Labradors.

But the tour de force in "Stranger Things Happen" is the last story, "The Girl Detective," a kaleidoscopic saga that sends a modern pop culture heroine on one of the oldest quests in classical myth. "The girl detective's mother has been missing a long time," the story's opening explains, a situation that will be instantly recognized by Nancy Drew fans. Link then goes on to suggest that readers "think of the underworld as the back of your closet, behind all those racks of clothes that you don't wear anymore. Things are always getting pushed back there and forgotten about. The underworld is full of things that you've forgotten about." While this story can't be said to follow any conventional narrative path, it somehow all makes sense. And besides, it's full of delectable morsels like this passage, under a heading that reads "There are three kinds of food":

"The Girl Detective" is a story of longing and reunion, an alchemical mix of Borges, Raymond Chandler and "Buffy the Vampire Slayer." Like the rest of the tales in "Stranger Things Happen," it's not the kind of story your mother told you. Instead, it's the kind of story you usually get to read only in dreams.