If I tell her she isn't invited, she'll come anyway

As my wedding day approaches, I am a hostage to my mother's mental illness. I am petrified of what she may do on the day. 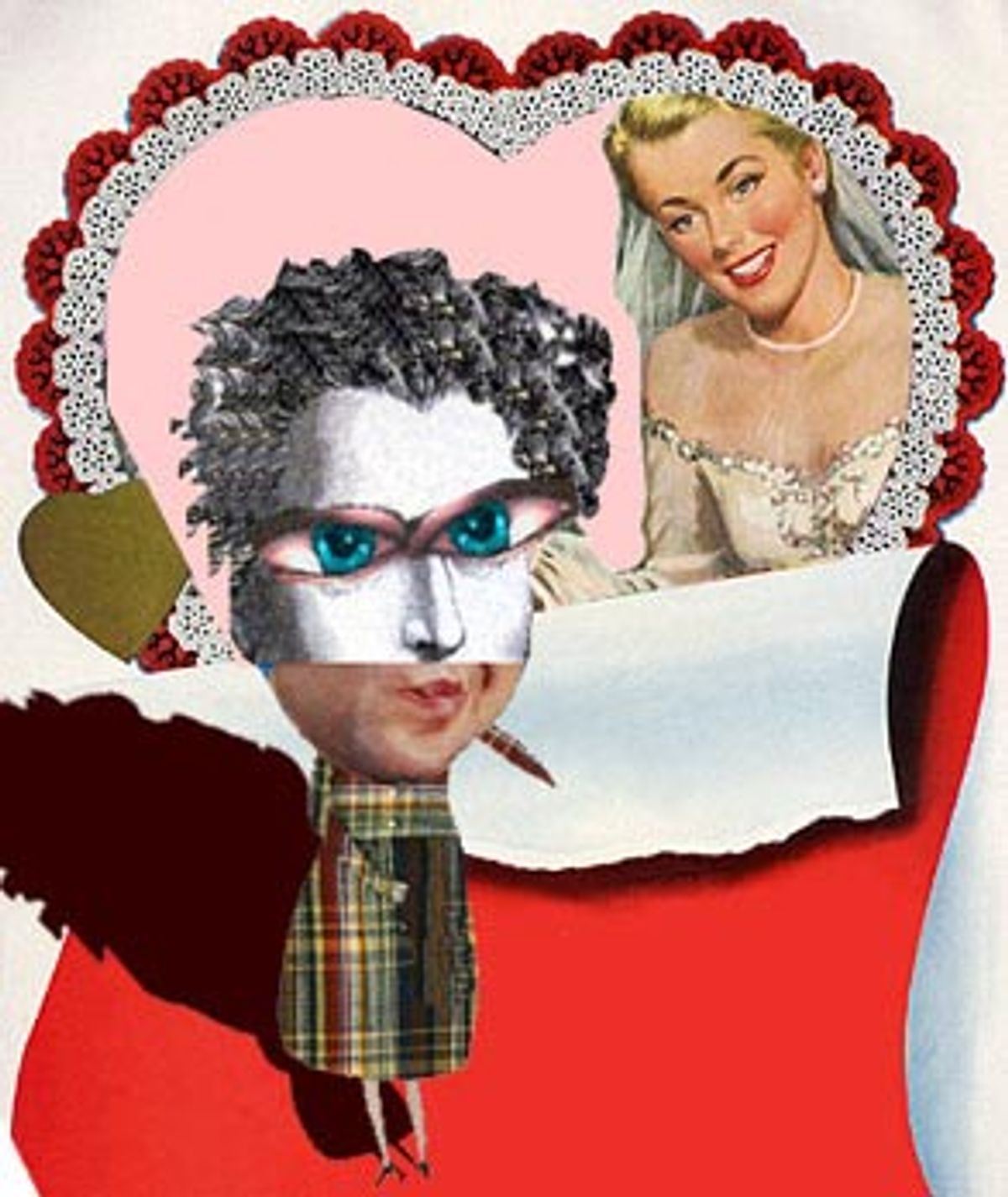 I'm getting married next month and I'm not sure I want to invite my mother.

Up until now, I've been pretty good at dealing with life's vagaries. Probably because I am the eldest child of a paranoid schizophrenic with delusions of grandeur and a rock-steady narcissus complex -- my mother. But now that I find myself with a choice about whether she should be allowed to ruin yet another potential high point of my existence, I feel weak.

I should have strength in vast reserve. In addition to being crazy, my mother had a propensity for short-term romantic liaisons that ultimately produced three daughters -- all of us biracial, all of us forced to contend with a world full of racial psychosis. We grew up without fathers, we grew up without knowing the black sides of our families, and we grew up incredibly poor. And we survived.

When I say my mother is nuts, I am not exaggerating. I know many women say their moms are crazy, and I find that infuriating -- even when I am in a charitable mood. Because my mother truly is mentally ill -- diagnosed as a chronic paranoid schizophrenic when I was 6. And that reality, more than anything else, has cast a suffocating shadow on my life. The prospect of freedom, of a good deep breath in a beautiful gown, makes the decision about whether she should bid me farewell before an audience all the more difficult.

My mother's countless nervous breakdowns, which she called "mindstates," were a fixture of my childhood. They would commence with a hint of paranoia that heralded an onslaught of chaos and drama. These episodes sometimes were triggered by a real event, usually political in nature, or by a sudden belief that she was going to be assassinated or that we, her daughters, were about to be kidnapped by intelligence operatives or a religious organization.

First, she would cut us off from every means of communication. She severed the wires of telephones, televisions and radios, and then began her masterful speeches, pacing and holding forth for sometimes up to 72 hours without stopping. She wouldn't eat. She couldn't sleep. It took a great deal of convincing -- most of the time she couldn't even hear me when I addressed her -- to let us eat anything. She believed everything was poisoned.

She'd scream a lot -- for hours or days -- and the racket would eventually alarm neighbors, who'd alert the authorities. Since my mother was usually in the grip of acute paranoia, she wouldn't let police, clergy or even her immediate family into the house (doors were barricaded, windows nailed shut). The police, sometimes the fire department, would have to force their way in, and the state Department of Social Services would inevitably intervene. My mother would go to the psych ward and we would be wards once again, off to foster homes to be the children of people we had never met before.

Even as a young child, I accepted my mother's mental status. I harbored no fantasy -- ever really -- that my mother would or even could "get better." Her illness was, and is, indelibly carved into the essence of who she is. That I understood from the first. I hated her for it, but I loved her too. I still do. I love her strength. I love her unflappable "I don't give a shit what the hell you think" attitude. I love her imagination, crazy as at is. I even love her brilliant, albeit fucked-up, mind. I love that she always says what she thinks, that she writes poetry and manifestoes. I love that even though she's crazy, she's always possessed a consciousness I've found unparalleled.

It is my mother's illness that I cannot bring myself to invite to my wedding. She is still hospitalized in psych wards approximately three times a year. She admits herself now, though when we were growing up she'd always be forcibly committed by family or the state. And these days, she gets good help in these places; decades ago she was in many ways brutalized and punished for her mental illness.

But she is so damn unpredictable. And I want to disassociate from her -- fire, expel, reject, divorce, deny and abandon her -- not just because of the exquisite pain she's caused. It's because I have finally found peace and I want to celebrate my marriage in that blissful state, away from my mother's need to create chaos and pain, to bully, attack, insult, demean or make demands.

I insisted for years that I never wanted to get married. I claimed all kinds of independent, feminist, political reasons, denying the institution had any validity, meaning or attraction for me. But I know, and knew all along, that above all I just never wanted to have to deal with "coming out" about my mother. Some of it stems from years of my mother demanding that my sisters and I not tell anyone about what went on in our house lest we all be violently abducted. But much of my dread stems from the fear of being judged vis ` vis my mother, of people linking the two of us, of them seeing me as an extension of her.

It doesn't help that I have my mother's face. Same bone structure: nose, lips, cheeks, even our hands look alike. It drives me nuts (ha). And of course people already make the observation when they see a photo of her or see us together for the first time: "Kyanna, you look sooo much like your mom!" I know I shouldn't be upset when people say these things, when I myself am reminded of this undeniable connection every time I see her. But I also know my fear of being connected in any way to her psychosis -- a nice time to be free of that dread would be my wedding.

But even this task could be insurmountable for my mother. Chances are good that she will create a scene during our religious ceremony, that she will leap to her feet at the reception to humiliate my new husband and me with a "toast."

Somehow I know that her presence is inescapable. If I tell her she isn't invited, she will probably come anyway. But I'm 29 now and I'm about to be married and I am certainly as ready as I'll ever be to reengage these demons: I am older, I am wiser and I will be protected, on this glorious occasion, by my new husband's love.

Kyanna Sutton is a producer for WGBH in Boston.