Investigators are suggesting that Flight 587 may have become fatally entwined in the jet wake of another plane. Stranger things have happened. 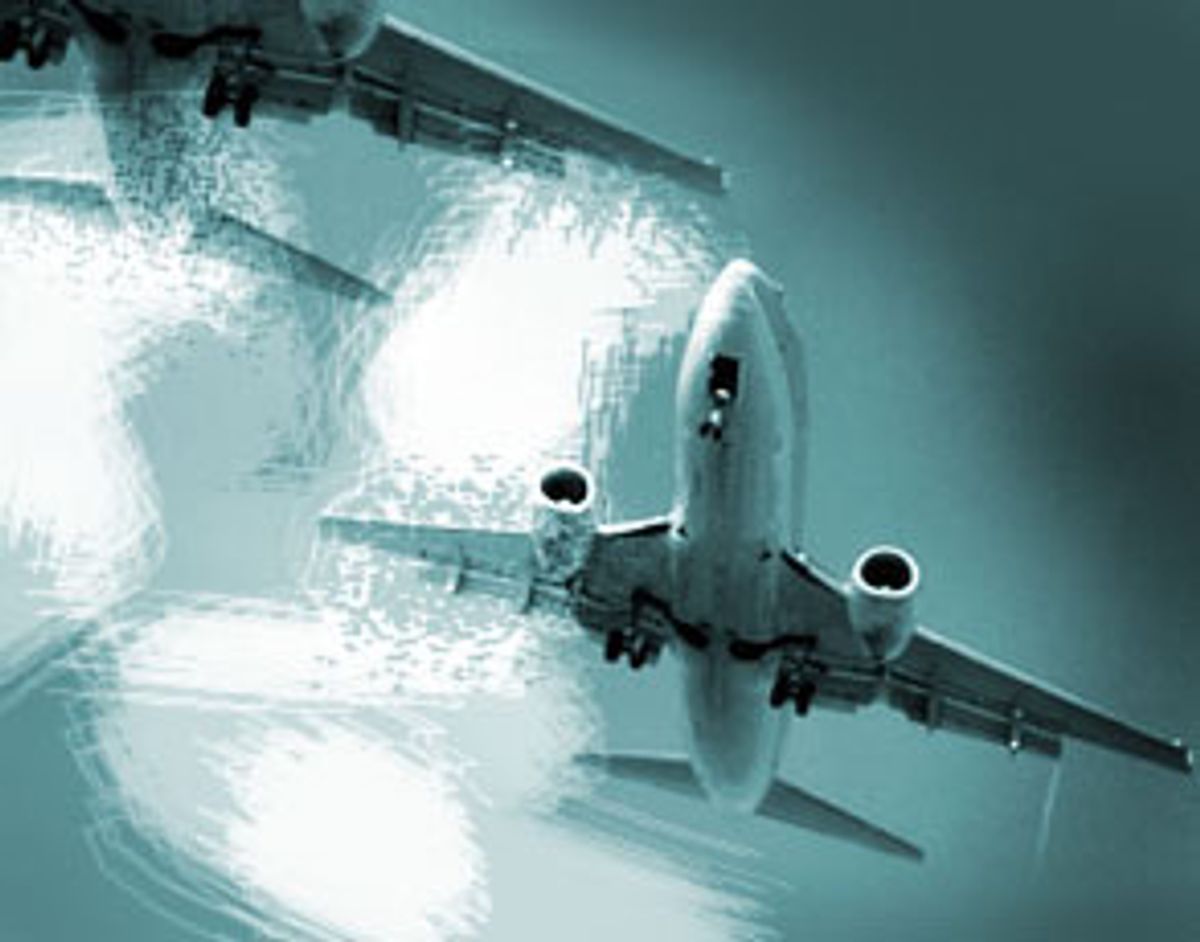 More than five years after TWA Flight 800 blew up in the twilight off Long Island, the result of exploding vapors in an empty fuel tank, the conspiracy mongers remain undaunted. They're willing to oppose any version of the truth that is publicly propagated: Theres even a Web site devoted to the idea that Pan Am 103 did not fall on Lockerbie, Scotland, because of terrorists' Semtex-laden bomb, but thanks to a malfunctioning cargo door. In a kind of equal-and-opposite, Newtonian Third Law way, the information age has become a sort of Dark Ages-style incubator of strange suspicions and mistrust, pseudo-truth so easily spread with merely the tap of a Send key.

In the past 24 hours no fewer than four times have I fielded questions about whether the crash of American Airlines Flight 587 might involve some kind of government coverup. The scenario goes like this: A bomb destroyed the plane, and the government, along with the airlines, fearing paralysis of the economy and our collective psyche in the wake of recent events, has decided to play off the crash as an accident. "Turbulence," they are saying. And while no, those men in dark suits and sunglasses (I know because I saw them on "The X-Files") dont have screenwriting credentials, cant they do better than that? I mean, come on, after all, turbulence cant bring down a 150-ton airliner.

Except that it can.

There are, in fact, different causes and kinds of turbulence, a phenomenon that is no less inherent a part of the sky than, say, clouds or a balmy summer breeze. Collectively speaking, turbulence is no more or less dangerous than the wind itself. As a pilot, I worry about "turbulence" the way a sailor might worry about "the waves." But when we talk turbulence with respect to Mondays crash, put away your notions about that "Please fasten your seatbelt, theres some rough air ahead" kind of chop-chop-chop that whirlpools your coffee or causes you to miss a stroke or two on your laptop. This is something different.

Investigators are now focusing on something known to pilots as "wake turbulence." When a plane is heavy and traveling at a relatively slow speed, as would normally be the case just after takeoff, the steep deck angle required to maintain lift helps propagate a kind of twin-forking roil of air that trails behind the aircraft like an invisible wake from a ship. Two vortexes, one from each wingtip, are spun away like sideways tornadoes. The vortexes then begin a slow descent, and their counterrotations cause them to diverge slightly. Picture, if you will, two long, violent fingers of air protruding from the back of an airliner like a forked, downward-sloping tail. When moisture levels are high enough, the cores of these spinning currents, which can reach velocities of 300 feet per second, become visible, shooting from the wings as thin strands of condensed vapor.

Whether taking off, landing or cruising straight ahead, the vortexes are always there, but their strength becomes exacerbated under certain combinations of aircraft speed, weight and deck angle. Atmospheric conditions, meanwhile, particularly wind, can alter, break apart or dissipate a vortex before its ever encountered. Thus, flying in windy, bumpy (yes, turbulent) air, can actually be one of the best conditions for avoiding this kind of trouble. There also are procedures, rules and recommendations that all commercial pilots are familiar with. Air Traffic Control, for example, is required to separate aircraft in accordance with parameters of both distance and time, and pilots are trained to use climb and descent gradients that put them out of harms way.

But every pilot has, at one time or another, had a run-in with a wake, whether it be the short bump-and-roll from a dying, vestigial vortex, or a grab-your-armrest, full-force wrestling match. They usually last, at the most, a few seconds. I remember once, on a calm foggy night, standing along a seawall in South Boston less than a mile from where the tires of approaching planes screech against the asphalt of Logan Internationals Runway 04R. Each passing jet was followed about 30 seconds later by an eerie snapping of air that sounded as if a giant leather whip was being struck over the harbor. These were the sideways tornadoes, touching down around me. And once, as the captain of a 19-seat commuter plane landing at Philadelphia, my aircraft was knocked and rolled wildly just a few hundred feet above the ground. It felt like wed hit some Grade 6 whitewater in a rubber raft. The culprit: a Boeing 757 that arrived a few minutes earlier. The 757, owing to aerodynamic idiosyncrasy, is suspected of producing a particularly virile brand of wake.

But it wasnt a Boeing 757 that American 587 followed out of JFK on Monday morning, it was its much bigger brother, the 747, the largest commercial plane ever built, in the livery of Japan Airlines and bound nonstop for Tokyo with a full load of fuel. It weighed about 800,000 pounds. It was heavy, slow and climbing. The American A300, about half its size, was following closely behind and beneath. Ahead of it, the JAL 747 was spinning its invisible tornadoes like a huge, red-and-white spider. Did American somehow creep too close?

Maybe. Nobody knows for sure. And if so, still, could the wake have been powerful enough to destroy the tail of Flight 587, or snap off those truck-size GE turbofans? Smaller -- much smaller -- aircraft have crashed as the result of wake turbulence. Only this past summer a 10-passenger Cessna in the colors of Cape Air skidded across a runway at Boston after, it is believed, being kicked upside down by just such an encounter. But never a large jet. Never an A300.

When it all shakes out, though, it seems there are never any nevers when it comes to aviation disasters. From lightning strikes to wings falling off -- yes its happened, even if only once. Its worth noting, too, that in 1994 this very same plane, which wore the tail registration N10453, made an unscheduled landing in the Caribbean after an inflight knock-around when it struck some rather rough air at 35,000 feet. Could this incident have resulted in a structural weakness, cracks or fatigue, that was heretofore undetected, and needed only the right set of circumstances to manifest itself tragically? Its possible. In 1985, in the second-worst air disaster in history, a JAL 747, ironically enough, crashed near Mt. Fuji when an aft pressure bulkhead ruptured. A rush of air from the passenger compartment surged into the unpressurized tail, knocking away part of the rudder and severing hydraulic lines. It was later discovered that a hard landing and faulty repairs, made some seven years earlier, had left the bulkhead vulnerable.

But if the big American Airbus fell victim to an unusual and unprecedented event, I suspect it found its way, as so many crashed planes have, to that one-in-a-million convergence of "ifs." Two hundred and sixty-five people suddenly won the lottery they never wanted to win.

Flying is inherently dangerous, and will always be so. But also, as the statistics show, it is the least dangerous of all our tried-and-true ways of getting around. The unfortunate end of American 587 will not skew the numbers. In fact, neither Mohammed Atta and his henchman, nor all the wake turbulence and bad luck in the world, will likely change a thing.