Why is the Big Apple such a great town? Because sensitive, frat-boy-handsome movie directors like Ed Burns live there. 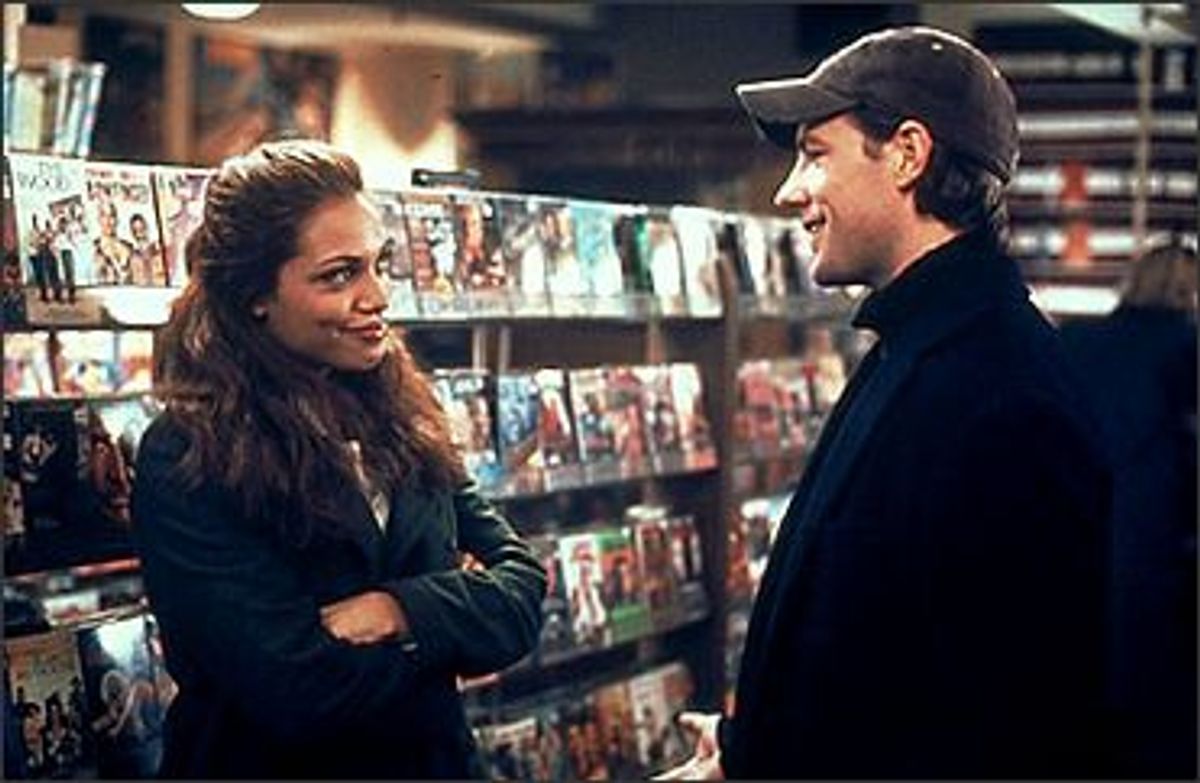 Has stardom spoiled Edward Burns? With his first two features as a director, "The Brothers McMullen" and "She's the One," Burns seemed to be shaping a career as an agreeable, low-intensity indie filmmaker whose terrain was Love and the Regular Guy in the outer boroughs of New York. Maybe he was going to become Cameron Crowe without the pop sensibility, or John Sayles without the lefty politics. He seemed a likable fellow both on-screen and off, and offered journalists an amazing story to boot. An Irish-American cop's son from Queens who worked as a gofer at "Entertainment Tonight" in the early 1990s, Burns slipped a tape of "Brothers McMullen" to Robert Redford when the latter showed up for an interview. Of course we know how the movie goes from there.

Except that we don't, not yet. Is Eddie from da nay-buh-hood growing up to be a filmmaker or a movie star? "Sidewalks of New York" is Burns' first film as a writer-director since his performance in "Saving Private Ryan" made him a celebrity and a marketable Hollywood leading man, and it's a mixed and uneasy experience. Some of the rambling Burns charm is still in evidence in this romantic comedy, a Viennese-style "round" about an intersecting group of mismatched couples. But the Regular Guy has been dragged into Manhattan and tarted up in expensive suits, and a pretentious self-consciousness never before present in Burns' work has crept in.

Burns has always played major roles in his own movies, and why not? He's an easy, natural actor who combines classic frat-boy good looks with an aura of basic decency. But he's never had to direct himself as a movie star before, and the centrality of his persona here turns what ought to be a frothy diversion into a swollen, egotistical paean to the overwhelming masculinity and honorableness and suavity and all-American-guyness of Ed Burns.

He has the best clothes of anybody in the movie (although I have to say, Eddie, that that white Burberry raincoat really makes you look like an asshole). He has the best hair and goes out with the finest chicks. He's got tons of money but still has a sense of ethics and proportion. His first sexual experience -- as we learn in one of the mock-documentary interviews scattered throughout the film -- involved an older girl and a Cadillac. Most important of all, he has the most realistic-yet-romantic take on the possibilities of 21st century love. This is the movie that makes it clear why New York is the greatest city in the world: because this incredibly amazing guy lives there!

Of course, Burns isn't technically playing himself in "Sidewalks of New York"; he's playing a guy named Tommy, who seems like an alternate-universe version of, well, Ed Burns. Tommy works in television, as Burns might still be doing if "The Brothers McMullen" hadn't worked out, but dreams of chucking his career and starting over as a writer. Not only is Tommy the studliest and most soulful of the befuddled lovers in this film, he pretty much never does anything wrong, unless you include taking the advice of his slimeball boss (Dennis Farina, in a very funny role) to spritz cologne on his balls before a date.

"Sidewalks of New York" has one of those wobbly indie-film premises that doesn't really hang together: Some unseen person is making a documentary about the circle of relationships that begins with Tommy. So we occasionally see street interviews with the characters about their first time, about honesty in a relationship, about whether sex or love is more important, etc. Since most of the movie isn't a simulated documentary, but features a lot of the same hand-held shots and self-consciously choppy editing, this device feels more like an attempt to imitate "Husbands and Wives"-era Woody Allen than like a really important idea. Three reasons why Burns shouldn't imitate Allen: He's not as smart, he's not as neurotic and he's about as non-Jewish as any New Yorker can get. The fourth reason is that nobody should.

At the very beginning of the movie, we watch as Tommy's girlfriend Sue (Callie Thorne) throws him out, not because he's refusing to make a commitment but because she is. Sleaze-bucket Carpo (Farina) takes the wounded lovebird under his wing, assuring him that "nothing heals a broken heart like a fresh piece of booty." So Tommy hits on the gorgeous Maria (Rosario Dawson) at the video store, only to discover that her nebbish ex-husband Benny (David Krumholtz) still hangs out with his guitar case in the hallway outside her apartment door, hoping to play her his latest song.

Like most of the non-Tommy characters, Benny seems borrowed from the Allen arsenal, if not from an episode of "Rhoda." He's a hapless, irritating Jewish guy with funny hair who's obsessed with young and beautiful women and whose charm, if you want to call it that, lies in his sheer New York pushiness. I'm not sure if he uses the expression "I'm dyin' over here," although he ought to. He definitely says, "Whaddya doin' to me?" more than once. In his efforts to get over Maria, Benny has developed a crush on a 19-year-old gamine from Iowa named Ashley (Brittany Murphy), who is having an affair with an especially repugnant married dentist named Griffin (Stanley Tucci).

Burns can of course muster better actors now than he could in his early films, and Tucci does an uncanny job of making this walking cesspool of duplicity and self-loathing seem like a person. Griffin, you might say, is the other side of the Woody Allen male: the soulless, angry, middle-aged lecher, fending off the fear of death with ever-younger, ever-thinner women. (Why anyone would respect herself so little that she'd sleep with a guy like that is an unanswerable question.) Griffin's wife is a stressed-out WASPette realtor named Annie (Heather Graham), who shows an apartment to, yes, the amazing and wonderful Tommy, right around the time Maria stops returning his phone calls.

This kind of sophistication-lite may go down well with many viewers right now, but "Sidewalks of New York" isn't much more than a student film made by a talented amateur who's in over his head. Burns has a decent eye and a breezy sense of pace, and he'll make better movies if he remembers where he came from. I don't mean he should write more windy monologues about how the bridge-and-tunnel crowd are the heartbeat of New York, like the one Tommy recites to Annie. I mean that a regular guy who casts himself as the irreproachable hero of his own movie is a lovable rogue, while the movie star who does it looks more like a fatheaded jerk.