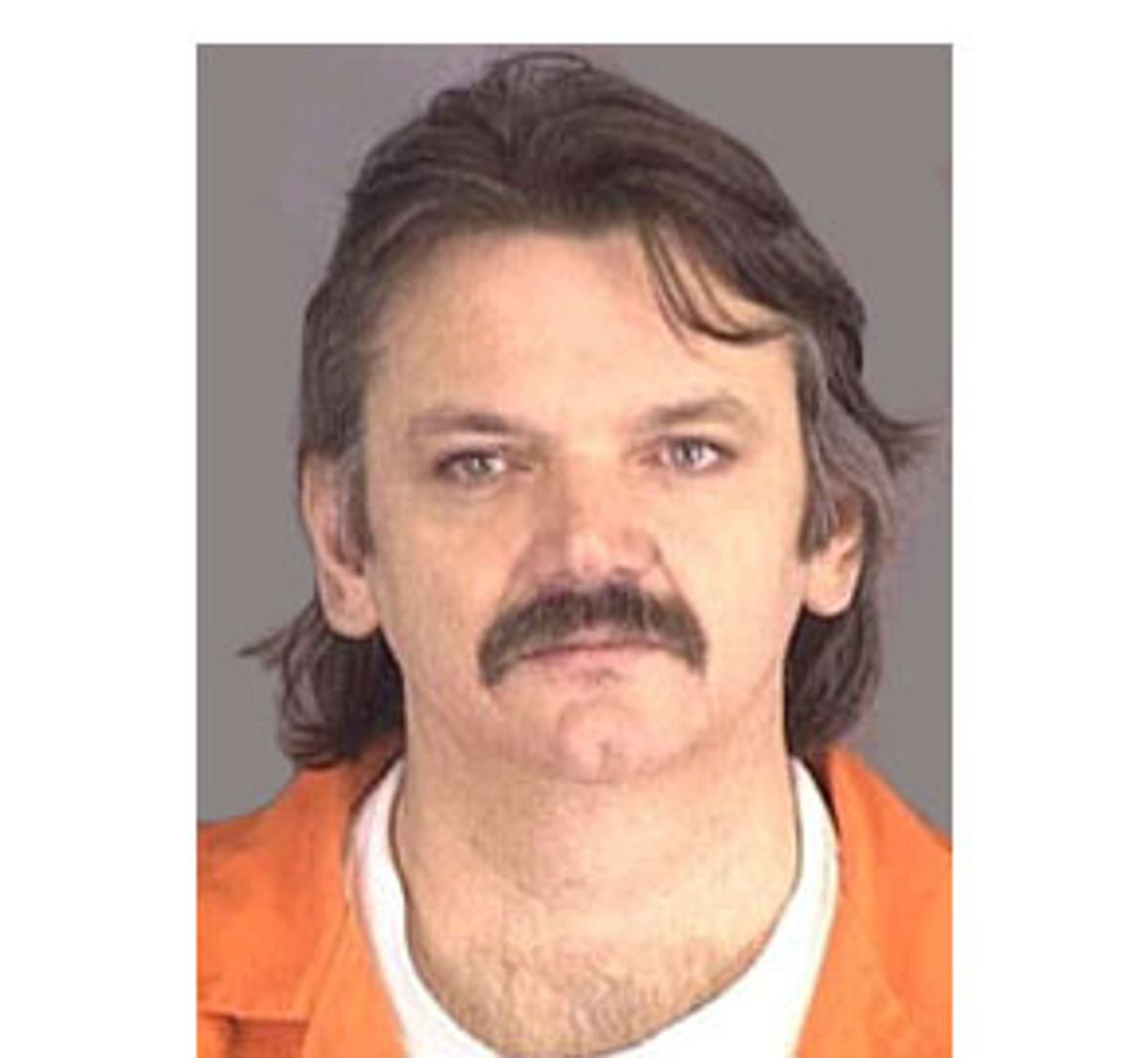 Fugitive antiabortion militant Clayton Waagner says he's responsible for sending letters and Federal Express packages purporting to be laced with anthrax to some 700 abortion providers and abortion rights groups last month. He also claims he has a hit list of 42 clinic workers he will murder if they don't quit their jobs.

At least that's the story being put forward by fellow abortion foe Neal Horsley, proprietor of the notorious Nuremberg Files Web site. In one of the more far-fetched tales to emerge from the extreme anti-abortion movement, Horsley claims Waagner took him hostage on the day after Thanksgiving and used him as his mouthpiece to claim responsibility for the anthrax letters and to announce his threat of new violence against abortion providers.

Clinic security experts say they doubt that Horsley was actually taken hostage by Waagner. But they believe his message from the violent fugitive is authentic.

Waagner escaped from federal custody in February while awaiting sentencing on federal firearms and stolen vehicle charges. Since then, authorities say, he has been driving back and forth across the country, stealing cars, robbing banks and stalking abortion clinics. He says he's assembling a cache of weapons and compiling dossiers on clinic staff in order "to kill as many of them as I can," or so he claimed in a communiqui posted on the Army of God Web site, run by the Rev. Donald Spitz, earlier this year. The FBI put him on its 10 Most Wanted List in September.

"We take it very seriously," said FBI spokesman Bill Crowley of the bureau's Pittsburgh field office. "Every law enforcement officer in the country is on the lookout for this guy. And we will continue to go after him until we locate and apprehend him." The feds want Waagner so badly, Crowley says, they've established a multi-agency task force that includes the FBI, the U.S. Marshals Service and the U.S. Postal Inspection Service.

Meanwhile, clinic officials are also taking the latest round of threats from Waagner seriously. Ann Glazier, director of clinic security for Planned Parenthood Federation of America, says the organization has strong security measures already in place. "Both the U.S. Marshals Service and the FBI have been extremely serious about catching Waagner," Glazier says. "I just hope they will be as aggressive as they have been in the past."

But the bizarre circumstances of Waagner's supposed announcement are raising questions about both the message and the messenger. Glazier, for one, believes Horsley and Waagner are in cahoots. "Waagner and Horsley seem to think of this as a joke. A terrorist joke," she says.

Now, in a special section of his Web site, Horsley tells a wild tale of being visited by Clayton Waagner the day after Thanksgiving at his Carrollton, Ga., home. The desperado had a gun, he says, but Horsley claims he nevertheless "managed" to get Waagner to agree to an hour-long taped interview.

"I knew a lot about Clayton Waagner," Horsley writes. "I knew he had been on the FBI's 10 Most Wanted List for months; I knew he had been spotlighted on America's Most Wanted on numerous occasions; and I knew that at this time when America is taking terrorists Dead or Alive all over the world, Clay Waagner was touted as the most hunted man in America because he was a bona fide Terrorist."

Waagner told Horsley that he was behind the mailed anthrax threats to abortion providers, a claim Horsley said he greeted with "skepticism" at first. "I certainly did not want to call the man with a pistol in his lap a liar," Horsley wrote. The mailings, first by U.S. mail and then via Federal Express, contained powder and a letter. The ones that came via U.S. mail were signed "Army of God, Virginia Dare chapter," while the second batch was claimed by the "Virginia Dare cell." The letters claimed that the recipient had been exposed to anthrax, though none ultimately tested positive.

"Waagner showed me evidence," Horsley says, that proved to his satisfaction that not only had the fugitive sent the anthrax threats, but "he had also staked out 42 abortion workers so that it was only a matter of time until he would assassinate them all." According to Horsley, the 42 workers on Waagner's list include "people representing the entire spectrum of abortion employees from abortionists to the person who cleans the building at night."

When Waagner finished, Horsley says, "he tied me up with duct tape so that it took many long minutes before I could untie myself."

Then, Horsley says, he called the police. He has since been interviewed by the FBI. He claims the police took the tape of the interview.

He insists that his agreement to function as the intermediary for Waagner's threat does not constitute "aiding and abetting terrorism." "By publishing this information," he claims, "I am actually giving the 42 abortion employees who are slated to die by Clayton Waagner an opportunity to live."

But apparently Waagner told no one -- not even Horsley -- the names of the supposed Waagner 42. "The Holy Spirit will tell them," Waagner said.

"Based on everything I learned about Clay Waagner," Horsley wrote, "he is likely looking down his sights at an abortion employee right now."

This was not the first communication between Waagner and Horsley. The men had corresponded while Waagner was in prison. Other antiabortion militants have also corresponded with Waagner, including Army of God spokesman Don Spitz.

Some advocates who monitor groups like the Army of God and other violent right-wing organizations say the federal government hasn't done enough to make sure they're not behind the deadly anthrax mailings, which have so far killed five people and infected more than a dozen others, as well as the hundreds of letters to abortion providers that proved to be a hoax. But Waagner has certainly come in for federal scrutiny: His family home in Pennsylvania was searched last week by agents from several federal law enforcement agencies, including the U.S. Postal Inspection Service, giving rise to speculation that he could be a suspect in the mailed anthrax threats.

Horsley, a longtime front man for the Army of God, is now offering to receive resignations from the 42 abortion workers Waagner claims he will assassinate. "Abortion Employees who think they might be one of the 42 targeted for death by Clayton Lee Waagner," Horsley writes, are to post the information on a bulletin board Horsley will establish on his Web site, so that Waagner can access it and know whom not to kill.

Abortion providers and their advocates hope Horsley is coming in for some federal scrutiny as well for his role in helping Waagner publicize his threat against providers.

"I imagine that Horsley is enjoying this immensely," complains Ann Glazier. "The problem with the anthrax threat letters from the beginning," she says, "is that it's been played like some kind of psychotic joke. There is an element to the letters and the mailings that's like a kids game. Like 'Ha ha, you can't catch me!'"