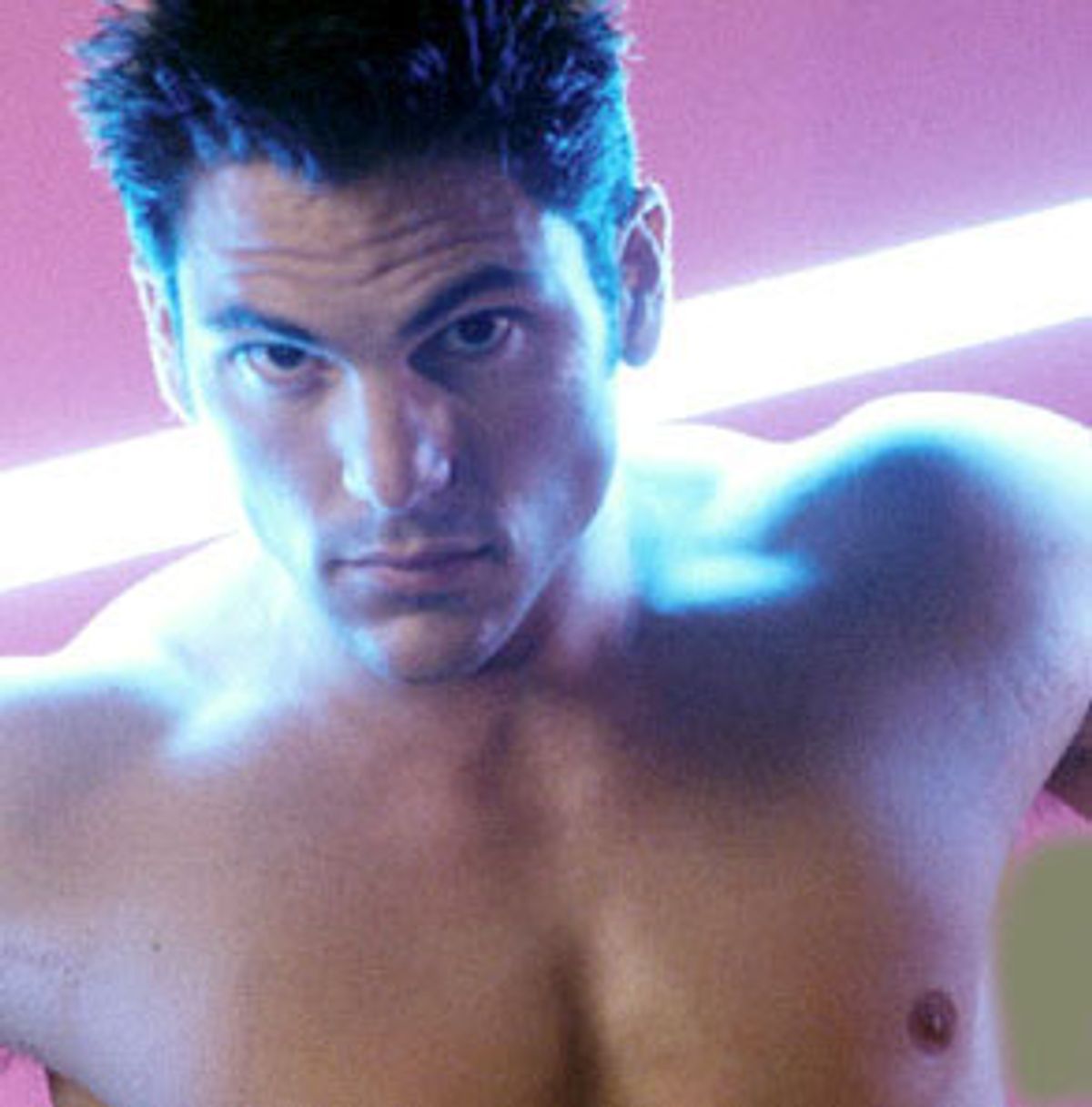 Part of the trouble with "The Fluffer," directed by Richard Glatzer and Wash West from a script by the latter, is that it hasn't decided whether it wants to be a raunchy comedy or a drama about obsession with movie images. And though the movie is competently made, Glatzer and West are very bad at mixing -- or shifting -- moods. The poster for Andre Techine's unbearably sensitive gay drama "Wild Reeds" that adorns the wall of Sean's crummy apartment marks him as a sensitive cinephile, as does the mile-a-minute monologue he delivers on the obsessive themes of "Vertigo" at an industry party when he's wired on crystal meth.