"Evolution: The Triumph of an Idea"

Carl Zimmer's companion book to the PBS series tells the story of the theory of evolution from Darwin to 21st-century science.

By Read by Peter Thomas 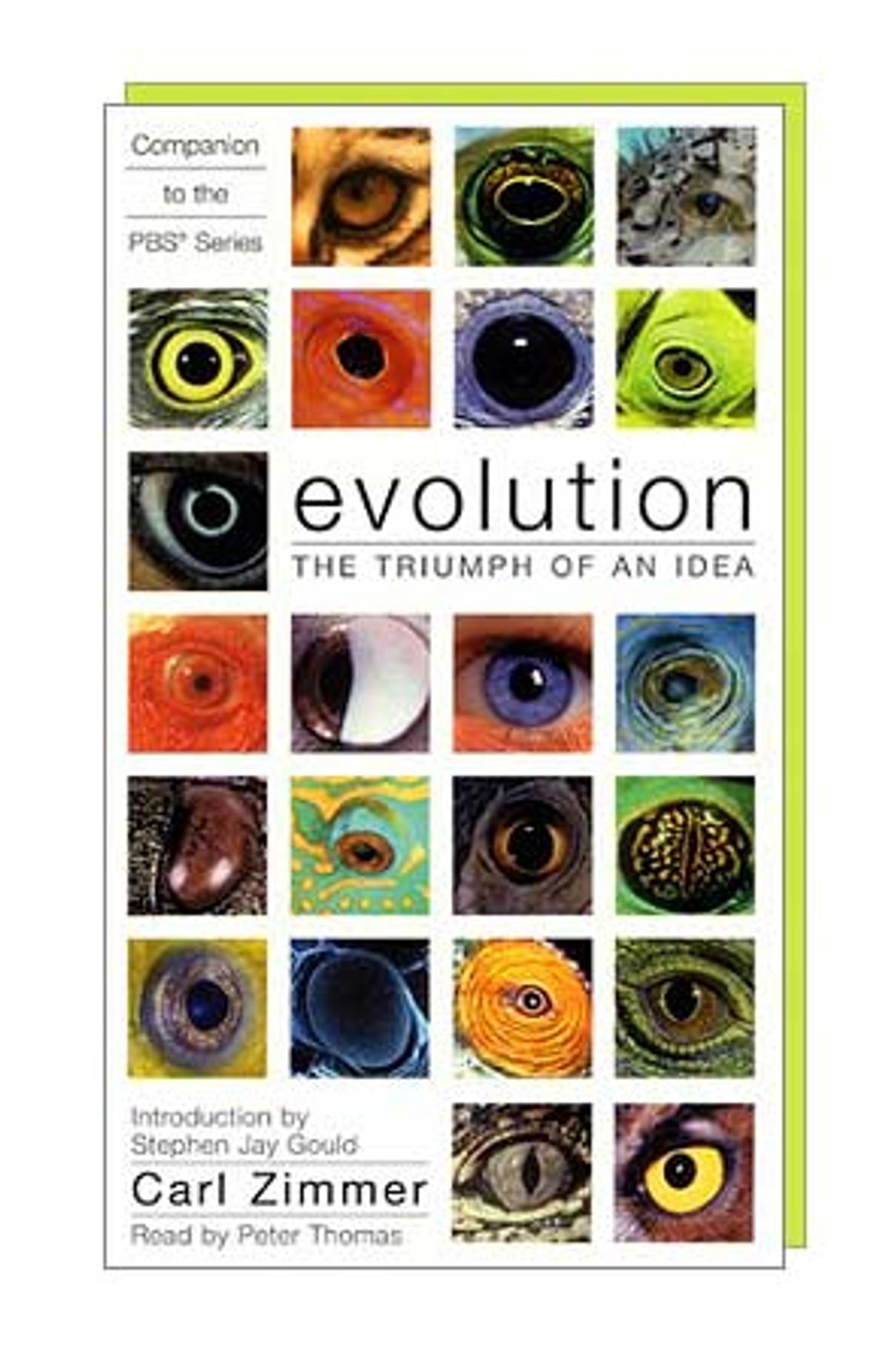 Darwin's "The Origin of Species" was defiantly radical. Yet it emerged long before paleontologists and geologists worked out the chronology of life on Earth. Not until the late 20th century was the true scope of its power revealed.

This recording, a companion to the PBS series that premiered this fall, presents a rich and up-to-date view of evolution that explores the far-reaching implications of Darwin's theory and emphasizes the power, significance and relevance of evolution to our lives today.

The theory of evolution plays an important role in tackling many of our gravest challenges -- from the lethal resurgence of antibiotic-resistant diseases to the wave of extinctions that looms before us.

Peter Thomas, narrator of the award-winning PBS series "Nova," reads an excerpt from Carl Zimmer's "Evolution: The Triumph of an Idea" (Harper Audio). Zimmer is the author of "At the Water's Edge" and also a regular contributor to National Geographic, Audubon and Science magazines.

By Read by Peter Thomas

MORE FROM Read by Peter Thomas