Never shy to state his opinion, Dennis Miller takes pity on Haley Joel Osment and makes it clear why you ought to keep your child away from Hollywood. 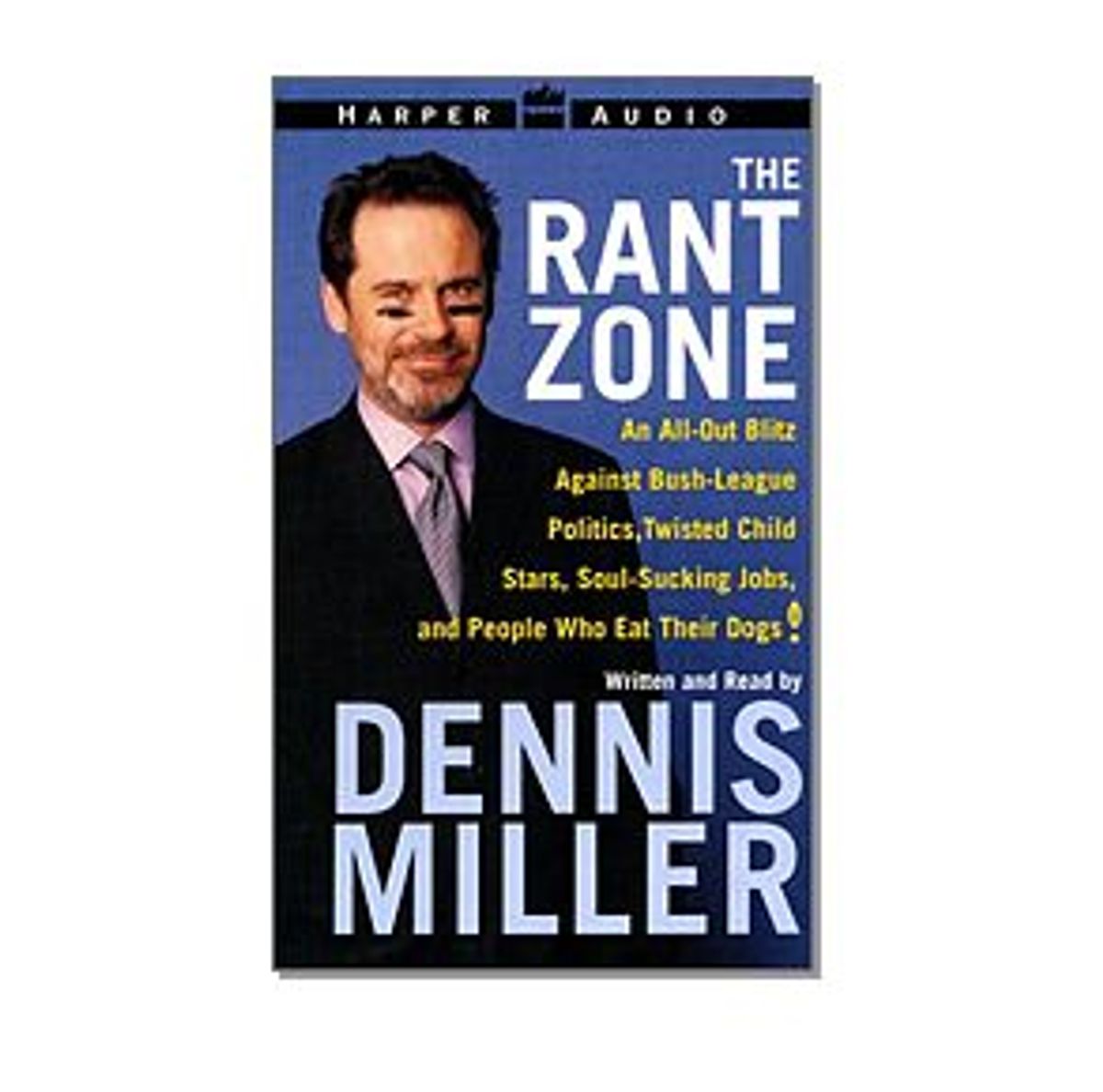 In this fourth installment of his acclaimed Rants series, the bestselling author, Emmy Award-winning talk show host and wisecracking analyst for ABC's "Monday Night Football" makes hamburger out of society's most sacred cows as only he can, with the kind of allusions that require high SAT scores -- or at least a smart crib sheet.

In ranting against bureaucrats, for instance, Miller notes, "They may bestride the rest of us like some kind of Cubicle Colossus bellowing, 'I am Ozymandius, Clerk of Clerks! Look on my Files, ye Mighty, and despair!' All ye who enter here." Long before he became a network football analyst, Miller was an expert commentator on another violent, full-contact sport: American pop culture.

Here, Miller takes on Bush-league politics, women with bigger muscles than he has, herbs you don't smoke, God and, yes, football. Nothing is out of bounds. Don't feel guilty for laughing -- these rants are actually good for you. Hilarious, sometimes angry, always insightful, the comedy always goes deep when Dennis Miller calls the signals.