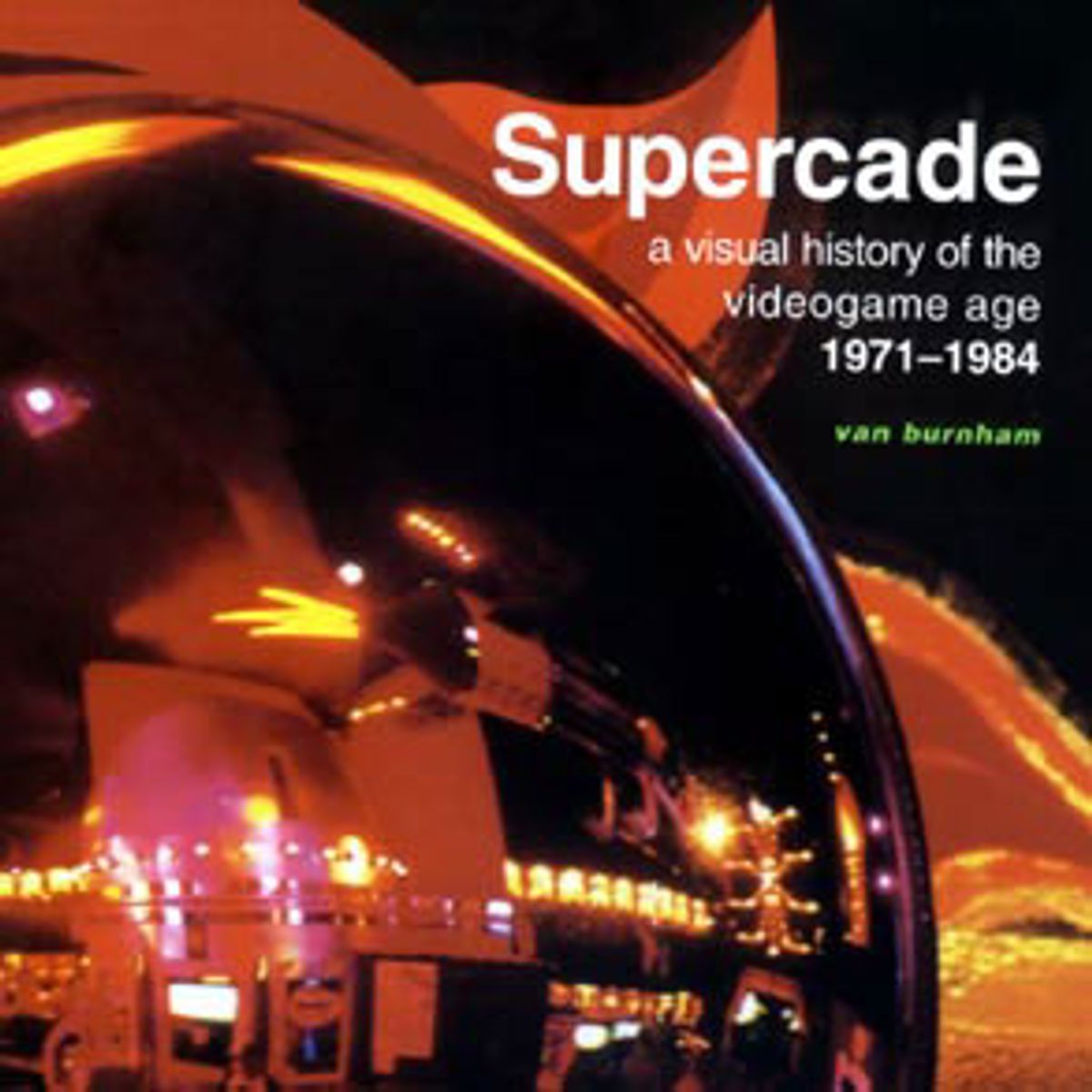 I can still hear their dying squawks -- those little spacemen drifting to their doom on the planetary surface, because I, their protector, had failed to rescue them. I must have been responsible for countless deaths -- a legion for each quarter I spent on Defender, 20 years ago, in long-lost arcades.

Thanks to their phosphorescent colors, their frantic motion and most of all their endless patterned repetition, evoking twitching hand-eye responses, video games imprint themselves on our retinas, our subconscious and our memory. Anyone who has ever been under the addictive spell of a great game for any extended time knows this; whole generations dream of Asteroids and Space War, Breakout and Pac Man, Mario and Sonic.

When the first video games arrived on the scene in the 1970s, with the pinging of Pong, their sheer novelty precluded the possibility that someday we might get nostalgic for "classic video games." But in an industry in which a whole "platform" of game technology gestates, flourishes and dies over a mere three or four years, the future warps quickly into the past, and the past quickly becomes a collector's item on eBay.

Today there is a thriving subculture of "classic video game" connoisseurship. Devotees of ostensibly outmoded games and game systems pursue their passion by stockpiling retired, worn-at-the-joysticks arcade games and console cartridges, and by programming emulators that allow modern-day personal computers to run 20-year-old game software -- a kind of code-driven time travel whose borderline legality doesn't seem to deter too many enthusiasts from taking the trip.

Now these classic-game geeks have a coffee-table book of their very own. "Supercade: A Visual History of the Videogame Age, 1971-1984" offers an overview of video gaming's lurching rise from the monochrome muck that will please anyone who ever haunted a dark arcade or pounded an Atari console. Beginning with the prehistory of the earliest experiments at on-screen entertainment -- defense-research labs wooing the public with primitive video tennis games and MIT model-train enthusiasts eagerly hacking away on minicomputers to animate their Space War delight -- and ending with the (first) big bust of the video game industry in the mid-'80s, "Supercade" makes an entertaining and effusive case for the value of these games as pop-culture artifacts.

On page after oversized page, author Van Burnham chronicles the various tales that have come down to us from gaming's heroic age -- of Steve Jobs and Steve Wozniak designing Breakout (and then Jobs cheating Woz out of the lion's share of the bonus for completing the project); of programmer Eugene Jarvis fitting the entire code for the complex Defender into a measly 24K of memory; of the strange way Donkey Kong got its name (think bad translation of "Stubborn Gorilla"); and more.

The book is a meticulous chronicle of long-forgotten primitive game hardware and once-cherished, now-antiquated software. It covers both arcade and home-console gaming, and it keeps its eye on the rise of the personal computer as a game device as well. While "Supercade" is dotted with brief essay contributions from digital journalists like Steven Johnson, Justin Hall and others, its primary value lies in its mountainous assemblage of images -- product boxes, gaming hardware and screenshots. These serve not only as mementos -- digital-age madeleines to trigger aging gamers' flashbacks -- but also as an entertaining tour of visual styles of the era as reflected in the games' associated marketing paraphernalia and cabinet decorations.

As you flip the pages past the alien phalanxes of Space Invaders, the multicolor armadas of Galaxian and Galaga, the tunnels of Dig Dug, the psychedelic mushrooms of Centipede and Millipede and all the other iconic visions of what Burnham christens as video gaming's Golden Age, you can't help wondering what unique traits made the games of this era so remarkable. The judgment is, of course, subjective; for most of us, "video gaming's Golden Age" probably constitutes whatever games were most popular when we ourselves were at the adolescent age when one is most susceptible to their spell, and when one has the most time to enjoy it.

But there's a more stubborn aesthetic question that "Supercade" hints at but never really confronts. The 30-year development of video game technology has been tied at the hip to the steep upward curve in microchip development; as Moore's Law kicked processors into overdrive, games evolved from simple screens with crude, slow, two-dimensional icons to today's 3-D wonders. That evolution represents a marvel of engineering prowess, but it's unclear that the increasing verisimilitude of the contemporary video game has made games any more fun to play.

As Burnham writes, "The simple austerity of black-and-white 8-bit videogame graphics predominant in the mid to late seventies often exudes an elegance that rivals even the most sophisticated 128-bit modern masterpiece. The graphic elements of the gameplay, now reduced to their most basic forms of repeated geometric patterns and binary abstract shapes, assume a timelessness that is betrayed only by a thin faded layer of once colorful transparent film or the worn paint of a now ancient cabinet."

The video game industry is propelled by its own version of what historians call "the Whig view of history" -- a sunny vision of steady progress, logical steps carrying us forward toward the best-of-all-possible-worlds present. Only such a view can justify the industry's pitch to consumers every few years to throw out the last generation of once-cool gaming devices and invest in this year's model.

But we don't throw out yesterday's chess set; your Monopoly game from 40 years ago is no worse than the one you buy today (and it probably used better materials). Implicitly -- and in a way that it never quite grapples with -- "Supercade" undercuts the very basis of the video game industry's profitability. If yesterday's video games are as good as, maybe even better than, today's, we might as well save our money.

The other intriguing development that "Supercade" never quite addresses is the rise of the emulation movement. Today you can easily download software that will let your PC impersonate yesterday's video game hardware; then, with a little effort, you can find and download the original ROM code for specific games and play them.

Because those codes are owned and copyrighted by the companies that developed these games, you are probably violating the law if you do this, unless you own the game in its original form (old cartridges in your attic, say). This has put the emulation scene in a legal limbo, but hasn't prevented its growth. And it's clear from the credits that many of the graphics in "Supercade" have been snagged from emulations of the original games.

Emulation means that no video game need ever vanish; long after the old hardware dies, the games live on in software. It also means that a static book like "Supercade," however lovingly assembled, can't really compete with the thrill of actually firing up your favorite old game on your current desktop computer. You can't go home to the arcade again, but you can still keep trying to blow up those aliens, or save those Defender spacemen.