Sean Penn disgraces himself in this hideously manipulative melodrama about a retarded man's battle to keep his daughter. 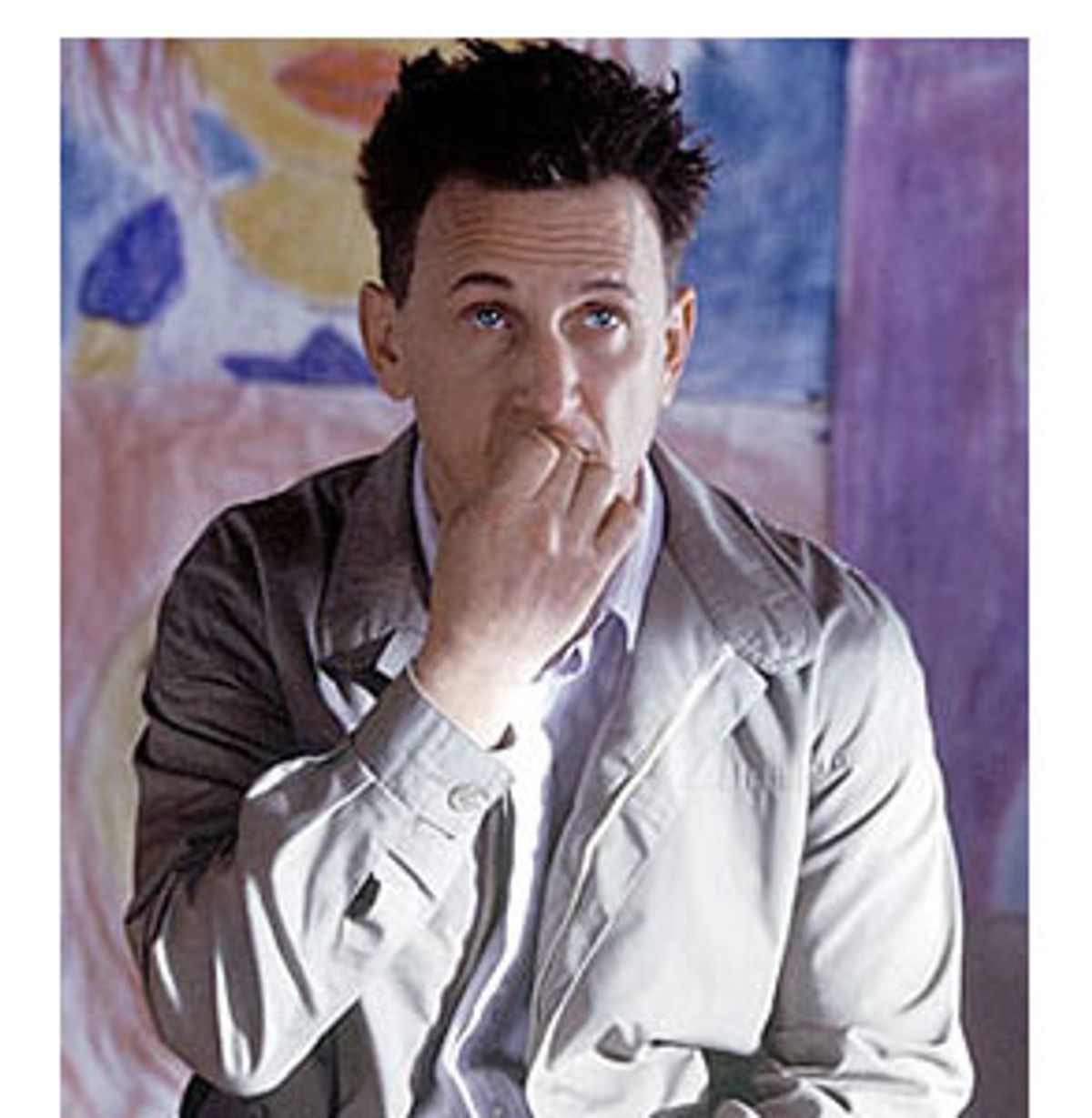 Stupefaction seems an entirely appropriate reaction to "I Am Sam." I watched this child-custody melodrama in a state of steadily mounting disbelief. Could it really be as crude, manipulative, amateurish as it looks? "I Am Sam," which plays the audience as crassly and heartlessly as any studio-tooled tear-jerker, is a lot less honest because it doesn't cop to its own string-pulling. In that, it has something in common with another child-custody melodrama, 1979's "Kramer vs. Kramer." That movie co-opted hot-button issues -- the questions of where feminism and the sexual revolution had left women in the traditional family unit -- as fodder for a new-style weeper. Audiences who would have felt embarrassed about spilling tears at such (much better) testaments to the love of a mother like "Stella Dallas" or "Imitation of Life" could weep at this while feeling they were watching a picture "relevant" to their lives.

"I Am Sam" doesn't use hot topics to disguise its sentimentality; it uses hot technique. The film has been shot almost entirely with a hand-held camera as a way of aping raw, indie-style immediacy. But it doesn't matter much what camera technique you use when you present audiences with a crying child being wrenched from the arms of her retarded parent. It's a moment designed to reduce the audience to a sodden, quivering lump. In a business where the easiest projects to get financed are ones that can be described in terms of things that have already been done, the director, Jessie Nelson, is some kind of whiz. She's made a movie that's like the hellspawn of the Lifetime network and the Independent Film Channel -- sap with downtown cred. All of it scored to sound-alike versions of Beatles songs -- ersatz peformances for an ersatz movie.

Tear-jerkers demand the suffering of a beleaguered innocent. Here, that's Sam (Sean Penn), a retarded Starbucks clerk who's stuck raising his daughter when the little girl's mother, a homeless woman he took in, decamps right after the child is born. The story gets underway when little Lucy (Dakota Fanning, a clear-eyed, fastidious young actress who's not above shameless heart tugging), now 7, begins holding herself back in school so as not to seem smarter than her dad. Like his daughter, Sam has a mental age of 7. When the school gets child welfare officials to consider whether Sam should retain custody of Lucy, we are told it's because they worry about what will happen when she turns 8. By that logic, a child of 7 would be a perfectly acceptable legal guardian for an infant. Are we supposed then to think Sam is just fine when Lucy is an infant and he allows her to cry for hours because he doesn't realize that babies need to be fed every few hours?

There's nothing wrong with "issue" movies as long as they have some spark, some drive, and at least a passing sense of the complexities involved in the subjects they're raising. (That's what makes shows that trade in the headlines like "The Practice" or "Law & Order" fun.) But "I Am Sam" never confronts the question it raises: Is Sam capable of raising a child? The answer, by any reasonable standard, is pretty clearly no. Sam, who lives with Lucy in a one-room apartment, can't hope for any better employment than his $8-an-hour Starbucks stint. And more to the point, he doesn't have the mental or emotional capacity to deal with the most rudimentary aspects of life. When the state places Lucy in foster care, he can't follow the legal proceedings -- he can barely read the letters instructing him when to show up for hearings. When he's called upon in court to explain why Lucy should stay with him, he resorts to Dustin Hoffman's big speech from "Kramer vs. Kramer." Or he explains how Lennon and McCartney collaborated on "Michelle." How could he possibly speak to his daughter's teachers, or, as a character suggests, to her about the onset of adolescence? There's no question about his loving his daughter. But what sane person would think him capable of caring for her?

But none of this matters to Nelson or her co-scenarist Kristine Johnson because, to quote the Beatles' song Lucy cites in her father's defense, "All you need is love." They've packed the picture with "normal" parents who neglect or bully their kids to show us that normality is no assurance of parental fitness. One of Lucy's schoolmates has a domineering father who seems more interested in how his son reflects on him than in the kid's own development. The high-powered attorney (Michelle Pfeiffer) who's shamed into handling Sam's custody battle pro bono has a young son whom she barely sees because of work. But frankly, so what? We all know there are lots of lousy parents. And I'm willing to bet that most of them don't have to be told that a baby needs to be fed every few hours.

But "I Am Sam" is the type of movie where anyone who resorts to logic (like Richard Schiff, as the district attorney attempting to take custody from Sam) is the enemy -- someone who can't feel. That's why the liveliest character in the movie, Michelle Pfeiffer's Rita, basically exists to be taken down a few pegs. It's been a drag to watch Pfeiffer, perhaps the screen's most poetic and instinctive actress since Julie Christie, settle into domestic roles, issue roles, victim roles. In "I Am Sam," looking smashing in her slim, tailored business suits with long jackets, and fashion-forward eyeglasses, Pfeiffer allows herself a much harder edge than she has recently. She plays Rita with a high-style brittleness.

In the chaos of the office scenes, where Rita is juggling too many cases and too many appointments, Pfeiffer adopts a frosty, professional veneer to cover the looming panic attack underneath. There's no comic ditziness to what she does. She's like a George Jetson who's gotten used to being stuck on the automated dog walker that used to whip him around at the end of each episode. This insanity is her life and she steps willingly into it every morning. The funniest bits in the movie are watching Rita trying to keep her professional cool as Sam takes up her time with his endless drivel. Pfeiffer plays these scenes with a smile that could freeze alcohol. There's a comic precision to what she does that makes you dream about what she could accomplish in a Philip Barry play.

But, of course, Rita not only has to represent Sam, she has to learn from him. She has to be shamed into seeing the inadequacy of her own mothering from witnessing his commitment to Lucy. So by the end of the movie, everything that made Pfeiffer fun to watch at the beginning has melted away into a pile of warm slush. Pfeiffer is the best reason to doubt the liberal social credentials the movie wears on its sleeve. The arc of Pfeiffer's character here is a right-wing, Christian Coalition dream: the career woman as selfish bitch who has to atone for abandoning the role of mother.

Pfeiffer isn't the only good actress to sink in "I Am Sam." Mary Steenburgen, Dianne Wiest (in an incomprehensible role) and Laura Dern all get mired in this molasses factory. But none of them has to worry about their participation lingering in anyone's memory when Sean Penn's car wreck of a performance takes center stage.

I don't know the last time I've seen so disgraceful a display from a talented actor. It used to be that actors playing the mentally retarded suffered from a discretion that was its own kind of bad taste. They tended to downplay mannerisms and distortions of speech, and the unintentional message was that retarded people are unpleasant to watch. Penn delves into mannerisms and vocal distortions with an appalling eagerness. He makes the classic mistake of playing the handicap instead of the person. Sam, as he exists on the page, is no more than a device for Jessie Nelson and Kristine Johnson's half-baked ideas. But as played by Penn, he's no more than a device for an actor's display of technique, lumbering gait, distracted affect, galumphing, open-mouthed laugh and the nasal utterances of whatever strays into his brain. An actor affecting this demeanor to make fun of a retarded man would be pilloried. Penn's portrayal strikes me as equally insensitive. It's the nightmare performance of 2001.