The dangers of overstimulation

The right time to jump-start the economy may already have passed. 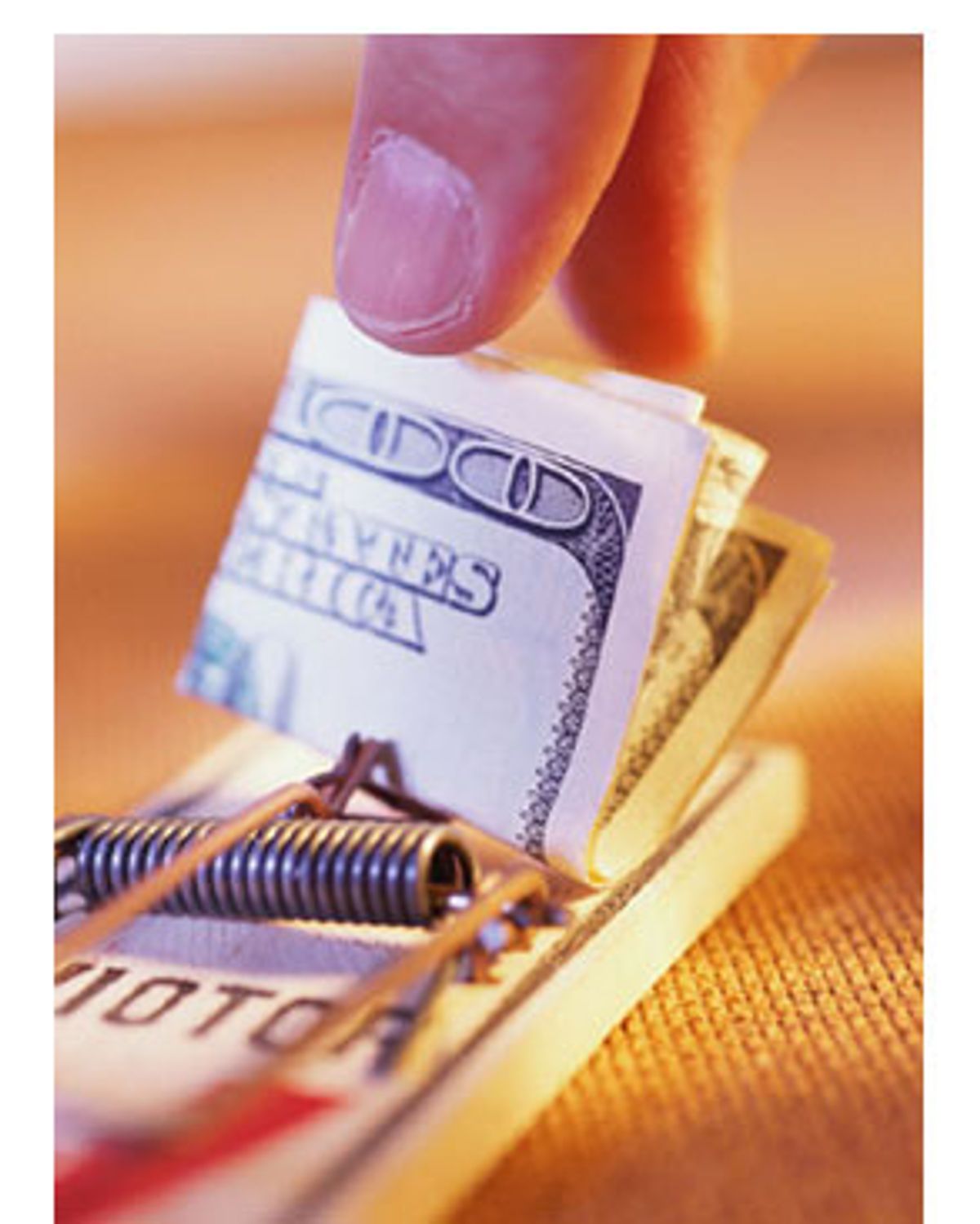 Immediately after Sept. 11, it seemed everyone agreed: It was time for the federal government to jump-start the faltering economy with a juicy economic stimulus package. But in a classic display of partisan bickering, the intervening months have witnessed little progress and lots of hot air. House Republicans want to carry the country out of recession with a flurry of corporate tax cuts while Senate Democrats demand more money for workers, and the White House proposal calls for a mixture of business tax breaks, added benefits for the unemployed and an accelerated reduction in income taxes.

But with consumer confidence and other economic indicators signaling the possibility of a recovery (albeit halfhearted), does the economy really need to be goosed? Is an economic shot-in-the-arm worth the cost?

Most politicians, perhaps mindful of their own electoral futures, appear convinced that the need for a stimulus is as strong as ever. With midterm elections threatening to alter the congressional seating chart, the political rhetoric has grown even more heated in the face of positive economic reports. On Jan. 4, Sen. Tom Daschle, D-S.D., launched a broad attack on the Republicans' tax-relieving plans, blaming last year's $1.35 trillion tax cut for creating "the most dramatic fiscal deterioration in our nation's history." Two days later, President Bush responded in kind, blaming Democrats for blocking stimulus legislation and declaring vehemently that "not over my dead body will they raise your taxes."

Yet economists, from both the left and right, are beginning to sing a different tune, questioning not just what form the stimulus package should take, but also whether there should be a governmental boost in the first place. Stressing that a stimulus package will likely take effect after the economy has already recovered on its own, many economists now argue that the plans being considered in Congress are unnecessary, and possibly dangerous.

"The opportune time for the stimulus package -- an idea that I strongly supported [in November testimony before Congress] -- has passed," says Alan Blinder, an economics professor at Princeton. "At this point, Congress would be better off forgetting about most of the policy suggestions and moving on."

Although another terrorist attack could easily change the atmosphere, some economic indicators suggest that the worst is over. The holiday shopping season beat expectations, the stock market seems to be rebounding, consumer confidence is on the rise and the housing market has stayed afloat. Unemployment rose in December to 5.8 percent, and other indicators have dampened enthusiasm, but most economists believe that the "natural corrective mechanism" of the business cycle has taken charge, says Peter Orszag, senior economics fellow at the Brookings Institution.

"It looks like we are on our way out of a short, painful recession," says Ron Utt, senior research fellow at the Heritage Foundation, a conservative think tank. "All of the people who seem to follow this closely are in agreement that some sort of recovery is under way and that the damage wasn't nearly as bad as everyone thought."

So why not help the economy move a little faster? In a word: inflation. Fiscal stimuli -- tax cuts, an extension of unemployment or other tools -- essentially add demand. They give people or businesses, who rein in their spending during a recession, either more money or more of an incentive to part with their cash. When the economy isn't at full capacity, this spending spree gives businesses a reason to hire more people or increase production. But if the economy is already chugging along, the extra demand could make consumers more willing to pay higher prices and companies more able to raise them.

"The purpose of a stimulus is to speed that along, but the longer you wait, the higher the chance of adding fuel to an already burning fire," says Orszag. "The economy could overheat. A stimulus package that arrives too late would cause inflationary pressures, which would lead the Fed to push up interest rates."

Orszag and other economists doubt that inflation over the next few years is set to spike as it did in the '60s, from 1.9 percent in 1965 to 6.2 percent in 1969. Because the economy seems poised for a slow recovery -- adding about 2 percent growth in gross domestic product per year instead of the usual 5 or 6 percent that characterizes most exits from recession -- the chance of "overheating" should be minimized.

Some economists do argue that if signs pointing to a gradual expansion continue to flow in, minor forms of stimulus may still be justified. An increase in unemployment benefits, an idea favored by both parties, remains a popular choice because it's a tool that follows the economy: If the situation worsens and more people file for unemployment, more money would be added to the market while less would be added if the economy recovers.

But other financial experts have given up on the idea of a fiscal stimulus altogether, choosing to see the debate in Washington as a broader discussion of long-term economic reform.

"It's very hard to tie government action to the immediate results, so my focus is on the long term," says Chris Edwards, director of fiscal policy at the libertarian Cato Institute. "If Congress is going to spend time on this, why not put in some form of tax reform? Why not reform of the depreciation system, which is four decades old?"

Congress and the White House have so far followed a similar line. The debate on the economy, observers argue, has become a partisan battle over image and ideology: Republicans want to be seen as tax cutters in favor of smaller government; Democrats long to be seen as champions of the poor.

Meanwhile, much of what's being discussed now in Congress amounts to political payback, says Utt at the Heritage Foundation. Both Republicans and Democrats have suggested bailouts for constituent sectors of the economy, but such short-term fixes should be abandoned in favor of reforms that are "sustainable over time," he says. "The idea ought to be to create long-term value for the economy," he says.

Will Congress actually adopt such a goal, or even pass a fiscal stimulus package at all? Economists are unconvinced. Cynics like Utt, who says that politicians are committed to boosting the economy just to "cover their behinds in case the forecasters are incorrect and things get worse," argue that Congress lacks the political will to pass a bill of economic reforms. Others say that the nature of America's two-party system conspires to hijack fiscal policy until it becomes irrelevant.

"Fiscal stimuli have never been used very effectively in this country because once the political bickering is over, there's no need for stimulus," says Robert Shiller, an economist at Yale and the author of "Irrational Exuberance." "The only exception was the Great Depression of the 1930s."

But as William Saletan at Slate has pointed out, both Democrats and Republicans are spinning wildly, magnifying the importance of economy-related legislation. Perhaps the ghost of the 1992 campaign, in which the first President Bush lost the election in large part due to his perceived mishandling of the economy, continues to haunt both parties. And perhaps it will be enough to get something passed.