For volunteer medics in a rural ambulance service, it's a bloody, crumpled path toward getting human. 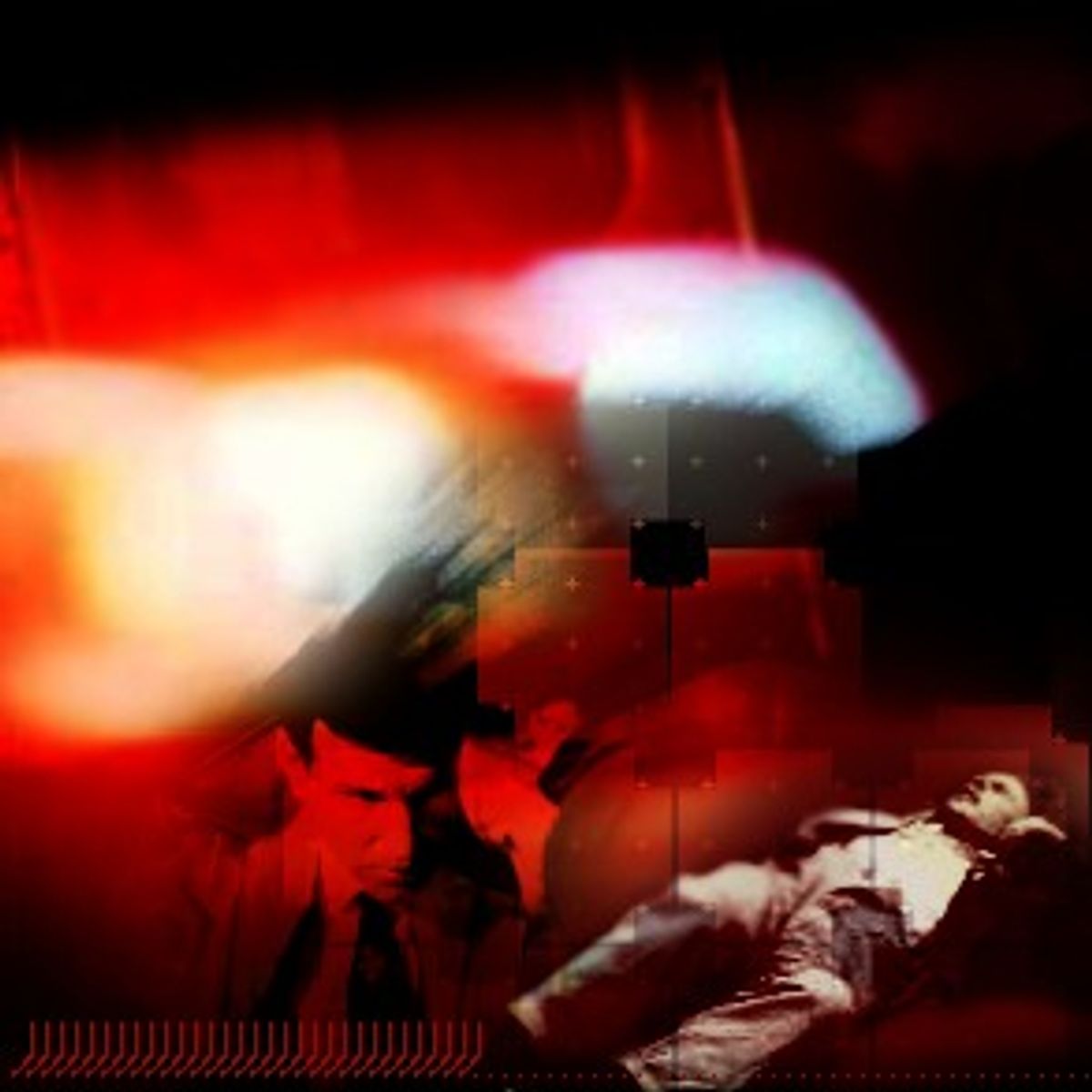 It is a muddy spring afternoon. On the margins of a construction site on Highway 82, a man driving a pygmy steamroller has been sucked between the back wheel and the chassis. Someone calls an ambulance from the town of Carbondale, Colo., headquarters of the local rural fire protection district.

The medics on this call are mostly volunteers, like me, which is typical. According to the National Volunteer Fire Council, volunteers constitute 74 percent of emergency response personnel in the U.S. Most rural emergency medical services, supplemented here and there by paid staff with higher medical qualifications, have their roots in colonial bucket brigades. The equipment and complexity of the emergencies is utterly different, but the volunteers are still a cross section of the community: a collection of ghouls and saints, weirdos and patriots, nearly all of them good souls.

The Carbondale medics who arrive first at Highway 82 move with the wide-eyed efficiency of soldiers seeing combat for the first time. This kind of serious trauma is relatively rare, even on a piece of road where high-speed auto accidents are common. The patient is conscious, trapped between the wheel and the ground, and talking cheerily to the rescuers. It's a surreal scene, represented frequently on film, in which a mortally injured soldier -- grinning, talkative, almost euphoric -- is blithely unaware of the severity of his wounds.

The medics have a single goal -- to save a man's life -- but vastly different reasons for being here in the first place. Some like the order, the militarism and hierarchy. They like the strength and glory of the moment. Sometimes insecurity and a drive for control attract people to the job. There are medics who rush to the scene of terrible accidents -- the "trauma junkies," who are always listening to their radios for "good" calls whether they are on call or not. (The practice is called "trolling for trauma.")

One guy, a medic and ambulance driver, used to pull people over with his dashboard light flashing, and tell them not to speed, not to drive drunk. The local police had to put the kibosh on his goodhearted if misdirected vigilantism. If you happen to be in the passenger seat during drives back from the hospital, especially after traumatic calls, he will unload details about his life -- divorces, attempted love affairs, deaths of children -- that cross the boundaries of your relationship. "I really feel for him," he'll say about the person we just hauled in. "I really wish I could talk to him for a while."

A few on the response team have college degrees. Some of them admit that, coming from the ivory tower, they are trying to confront the realities of life. Life has become sterile: Growing up without wars or famine, death has become an oddity, they'll say; we are losing touch with our humanity. Others just want to give back to the community; some want to be heroes.

Nearly everyone on staff at Carbondale is an emergency medical technician -- an EMT-B or "basic." They are trained to do little more than stabilize patients and transport them to the hospital as quickly as possible. The "load and go" model was developed in Korea and Vietnam and was made possible by the helicopter. Combat surgeons discovered that if you could get a wounded soldier from the battlefield to the operating table in under an hour, his chances of survival improved dramatically. They called that time period the "golden hour."

Here, on the side of the highway, the trapped man's vital signs are normal, but he can't stay where he is and no one really knows how to get him out, short of jacking up the steamroller, a laborious and questionable process in all that mud. One medic, a construction contractor and Vietnam veteran, takes a grain shovel and starts to dig into the mud. Slowly, he makes a pocket in the sludge, until the man can finally be pulled free. When they drag him loose, he dies.

Ambulance departments often hold stress debriefings for staff after traumatic calls -- suicides, cardiac arrests, bad car wrecks -- particularly after medics "lose" a patient. The steamroller incident warranted a debriefing. It was devastating to be talking to someone one minute, and see him die the next. It's rare, except in combat. Sure enough, the vet who dug out the steamroller guy is not at the debriefing.

The volunteers are told that what happened on Highway 82 was beyond the control of all but the best medics. When the man had been sucked through the wheel well of the steamroller, he had suffered a terrible wound to his back, just below the shoulder, a huge hole, as people described it later. The wound was out of sight and touch, and the blood invisibly soaked into the mud.

To complicate matters, the weight of the steamroller helped to pressure the injury, preventing blood loss. The man was locked in a tenuous embrace with the agent of his undoing. When he was dug out, the pressure was removed, and the man "bled out." The doctor who saw the body later said that maybe, if someone could have reached into the bloody hole and pinched off the spurting subclavian artery, the man could have been saved. But that would have taken a knowledge of anatomy, and a boldness, that few EMTs have.

A few days after the debriefing, the vet says: "They're trying to help people deal with what happened to that guy the other night. I don't think you can help anyone deal with that kind of thing." He may be right. Once, during a training, a woman described a man with a severe head injury, bleeding from the ears uncontrollably. To this day she has nightmares, she says, about not being able to stop it. The vet leaned over to me and whispered, "Do you know how you stop the bleeding? You blow in his nose." He has nightmares too.

We are all haunted, particularly when the adrenaline rush of an intense call barely allows us to sleep. Eyes open or closed, we recollect, without wanting to, tiny details of enormous weight: Kneeling on the bed next to a 79-year-old woman who has had a seizure in the middle of the night, you can feel the warmth on your bare arms of the sheets recently abandoned by her husband, who is now pacing in the bathroom. You see the pictures on the walls of grandchildren; you carry the woman in your arms, because there is no other way to get her down the stairs, emerging into a cold night, milling police officers and flashing lights.

Crouching on the floor next to the stiff body of a mother's corpse, you see two 9-month-old children wheeling around each other in rolling seats in the thin light of winter morning. A drug overdose. For a second, kneeling on the orange carpet, you wonder what you are doing here, what series of cosmic coincidences brought you to this place.

A man having a heart attack and vomiting on your arm holds your hand so tightly you think it will break. You arrive in the predawn gray, nine months after the first of spring, at a trailer home. It is extraordinarily cold, and in the driveway, holding a feverish, coughing baby in a blanket, a man is trying to jump-start his car. He hands you the bundle, and cupping both tiny warm bare feet in one hand, you watch him connect cables as you walk to the ambulance; orange sparks light his face. He scrapes ice hard as marble off the windshield with a tape cassette, and drives away, to meet you at the hospital, peering through a small window in the frost.

In the ambulance, after the baby and crew have settled in back, you look up and see eight planets aligned with the moon: Once in a century, you can see a big tilting tray in the sky. Last winter, there was a comet.

In darkened rooms, on cold shoulders of highways, cradling the bloody heads of strangers in crumpled cars, and listening to each other's confessions on quiet rides home, medics are inside people's most private lives, like spirits. In a fragile mixture of excitement, frantic hope, stumbling, prayerful moments and paralyzing memories, some, like the vet, are exorcising ghosts. Others are making new ones. And the rest of us are slowly, painfully, becoming more human.

Auden Schendler is a Colorado writer who has been an emergency medical technician for 10 years.