Residents of Enron's hometown can't stop comparing the collapse of the energy trader to Sept. 11. 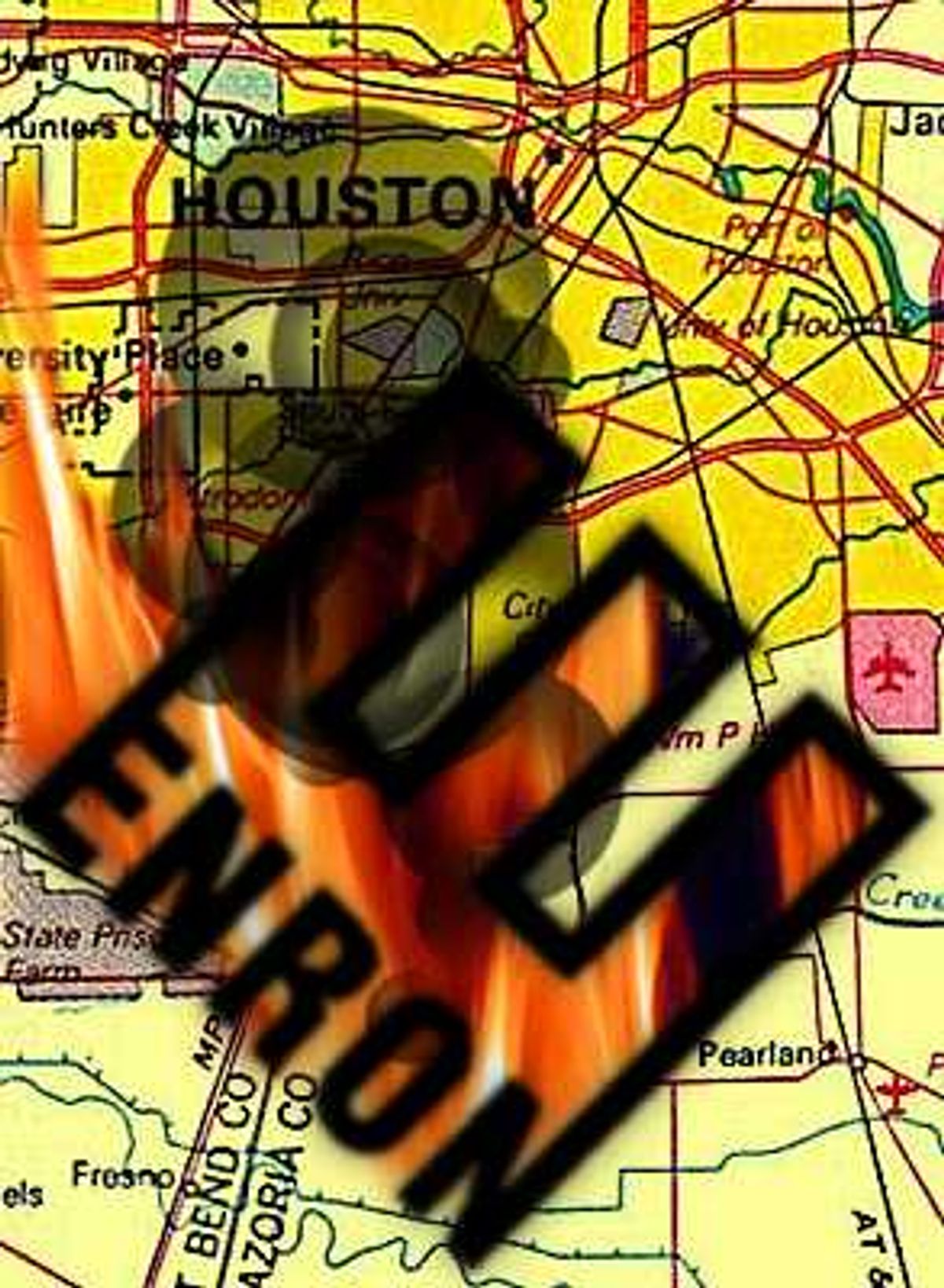 Hyperbole is a native Texan.

But are we already far enough away from Sept. 11 that the collapse of Enron can really be compared to it? Apparently so, in Houston, hometown of the biggest bankruptcy in history.

"Whereas Sept. 11 was a shock for the nation and indeed the world, this is a second shock for Houston, certainly not of equal magnitude, but up there on the Richter scale," says Peter Bishop, chair of the studies of the future department at the University of Houston-Clear Lake. "Ken Lay. You couldn't find a fairer person, a person who did more for the community, and just like the World Trade Center, that doesn't exist anymore."

It's a sign of how shocked Houstonians are about Enron's ignominious demise that Sept. 11 can be invoked -- and is frequently -- to explain the shock of the company's collapse.

No lives have been lost in this corporate implosion, but the financial catastrophe is large-scale. Some 4,000 local Enron employees were laid off when the company went bust, while company employees and retirees lost an estimated $1.3 billion in retirement savings. Then, there's the collateral damage to other local businesses here, like the pizza parlor across the street from Enron's flashy new headquarters, which is now occupied by FBI agents instead of hundreds of energy traders. And it seems as if everyone in the Houston 'burbs is just one or two degrees of separation away from someone hit by the meltdown.

But it's the personal betrayal that is really getting to people here. How could Enron chairman Ken Lay, model corporate citizen, local philanthropist and community leader, sought after for ribbon cuttings and charity fund-raisers, have encouraged his employees to buy Enron stock when he apparently knew the company he'd built was going down?

"They had rock-star status here," says Carlos Hernandez, a native Houstonian and business consultant of the Enron top dogs. Last year, before Enron's downfall, when Jeff Skilling was still CEO, he'd be approached in local bars like a celebrity. "Out of nowhere people would come up to him and tell him how great he was. A friend of mine saw him at Volcano unshaven, wearing a leather bomber jacket, a white T-shirt and jeans," says Hernandez. "He was a god, and Lay was king."

Enron execs were revered because, on the way up, the company represented what Houston wants to be: a new economy player that still rules the oil and gas business. Enron morphed from a traditional energy company into a tech-savvy deregulation player, diversified over many industries from broadband services to sewage waste management. In Enron's disgrace, it's as if something of the city's very image of itself has been found fraudulent.

Houston has had plenty of its own disasters, like the floods last summer when Tropical Storm Allison dumped so much rain that stranded 18-wheelers literally floated in the streets, bumping into each other. But it's New York post-Sept. 11 that residents turn to for inspiration about how to recover from the Enron fiasco.

"People are very upset about it. I'm upset about it," says Barbara Davis, a fine-arts gallery owner who had sold works to the Enron Corp. for its new headquarters: "But you go forward, like New York went forward from Sept. 11. What else can you do?"

It's an ironic comparison, since Lay, among his many civic duties, served on the executive board of an organization called Defense of Houston, formed after the Sept. 11 attacks to "maximize Houston's readiness for disasters, including terrorism." While Defense of Houston may help keep the city safe from terrorism, it couldn't protect it from disasters brought about by its own board members.

Media critics have blamed the war in Afghanistan for the slow press response to the Enron story late last year. But in recent weeks, it's been "Goodbye Kabul, Hello Houston!" Will another terrorist attack be the only thing that will turn the spotlight away from the embarrassing Enron dust-up? Not that anyone here would ever wish such a thing, but one Houstonian jokes: "If we have another terrorist attack -- God forbid -- this Enron story might just completely fade."