Is that all there is?

When we lost Miss Peggy Lee we lost a voice that could tunnel right into a listener's heart. 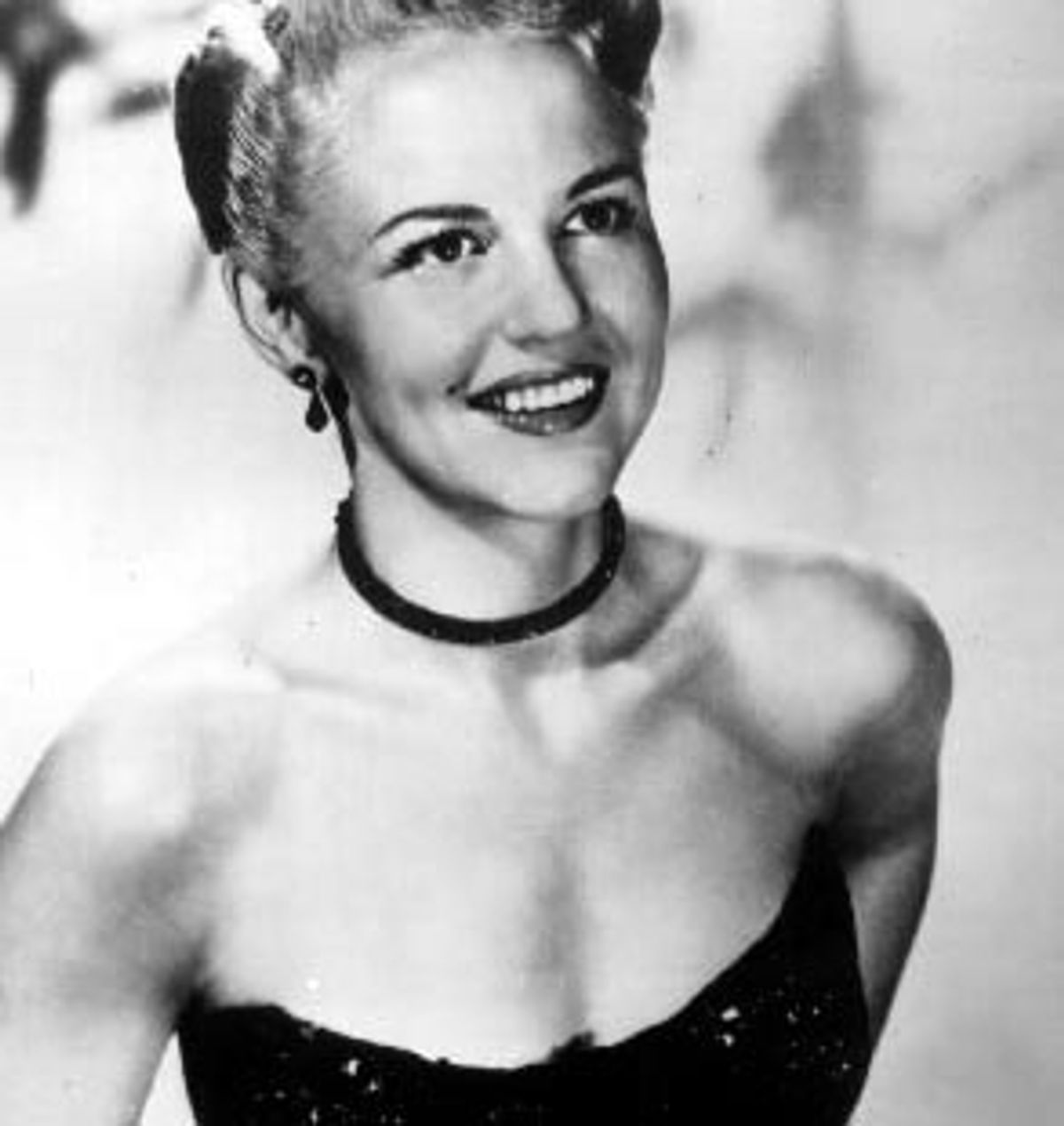 Though she barely made it out of Jamestown, N.D., after losing her mother when she was 4, and being thoroughly abused and intimidated by a stepmother, Miss Peggy Lee guarded some special knowledge or sophistication. She was a very accomplished singer with several different voices, or styles. But when she was most herself, she exulted in minimal accompaniment and making her intimate, husky yet very clear voice like a small-gauge tunnel right into the listener's heart. She said she could sing before she could talk, and I daresay she was more grown-up, more knowing, more close to people when she sang to them. "Peggy Lee sends her feelings down the quiet center of her notes," wrote music critic Whitney Balliett. It was as if you were alone with her, or she was murmuring the song into your head next to her. Pillow talk.

Except that she was too sad, too wondering, to be exactly comfortable. Sure, "Fever" was her great hit in the '50s, and, with just drums, bass and clicking fingers, the song was full of sexual urging. But maybe the better song, at least a dozen years later, was "Is That All There Is?," which is not quite the question anyone wants to wake up to.

Or to put it another way, in her own words, somehow the former Norma Deloris Egstrom, beaten and whipped to make sure she looked after the cows on a grim farm, had acquired wisdom or resignation. As well as the sure knowledge of how to deliver a deadpan list so that the timing made you collapse. "I learned courage from Buddha," she said, "Jesus, Lincoln, Einstein and Cary Grant." It's the story of the 20th century, and if it were a movie it ought to close with the serene, desperate Grant gazing into the camera, as if looking for the tunnel that was Peggy Lee's song -- would it arrive in time to rescue him?

Was she a turn-on, then, you are asking? Well, yes, even in her later years when poor health, some dismay and perhaps a few drinks too many had slowed her train and left her looking like a powder puff, a sighing "O" in which it was hard to be sure where hair, face, fur wrap and aura met or separated.

Her life cried out for a movie -- not just the terrible childhood, and the way, at 21, she replaced Helen Forrest with the Benny Goodman band, but because, somehow, without education or guidance, she had this phenomenal crushed torch voice, so far ahead of its time that you could hear flat-out depression in it as well as more direct carnal satisfaction than most singers had noticed. The men went through her life like drinks. She once said her marriages were like extended cocktail parties. Her first husband, and her best, was Dave Barbour, guitarist with the Goodman band, and a lush. She also married hunky actors Dewey Martin and Brad Dexter. And there was a time when Sinatra would do anything for her because he had learned so much from her singing.

There's no point in really thinking about the movie. It's sadder and more instructive to wonder why she never had a proper movie career of her own -- though she got a supporting actress nomination once for "Pete Kelly's Blues," where she's the singer in love with the hot trumpet player (played by Jack Webb). It's a very white film, if you know what I mean, whereas in timbre and soul she was much closer to black. There's a wild novel by Norman Mailer, "An American Dream," in which a white woman is involved with a trumpet player clearly based on Miles Davis. That was a part for Peggy Lee.

Of course, it'll never happen, just as we no longer seem to be making the singers, the songs and especially not their melancholy poetry that allowed for the brief age of Miss Peggy Lee.