The mystery of One Great Love

They fell for each other, married, then divorced, but their lives are still entwined. Why would the stars draw them together only to throw them violently apart? 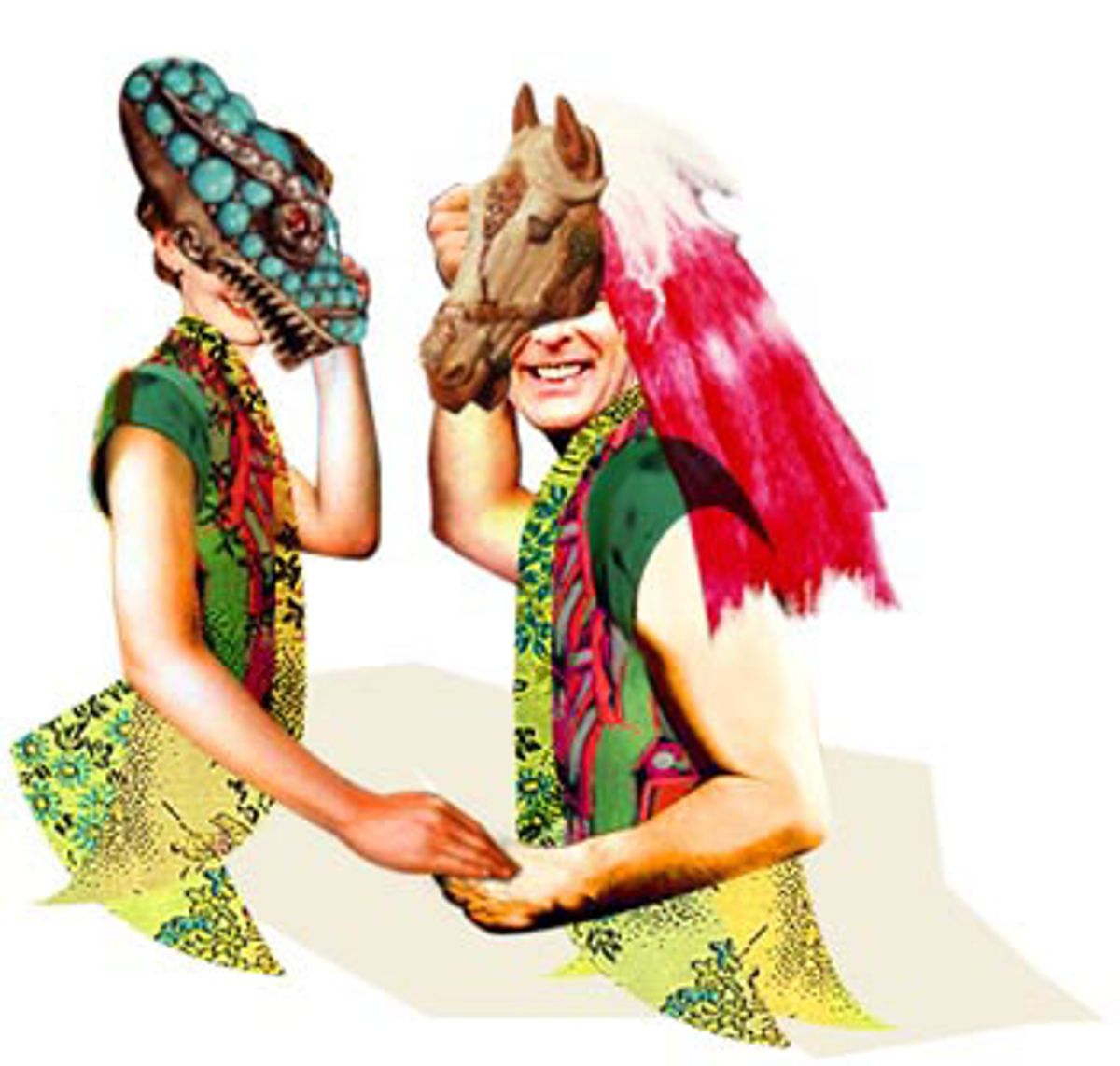 Some people -- it is not certain if they are the lucky ones or the unlucky ones -- have had One Great Love; a love whose intensity and mutuality allowed no doubt that it was the real thing; a love that never lost its quality of strangeness; a love that, years later, still makes the throat catch when it's remembered; a love whose unfolding remolded the selves of both people, as when a graft on a branch forms a new tree. In some cases -- may they be happy! -- these couples stay together. In others, the couple resist the graft, spooked by the power of the enchantment that entwined them, or disliking the new hybrid. They separate, and the separation is damaging; it is like surgery. The two people stagger off their separate ways, unentwined, fiercely seeking to resume their prior independence, but it cannot be fully restored. They retain the twists of the joint self they formed against the now-absent other half. How can they stop feeling the loss of the vanished lover when their shape still reflects his outline? How can they learn to grow separately, how can they bring themselves to bend to a new suitor? And will they ever find a new graft to complement their hybrid nature?

In the East-West astrology I follow, each person can be seen as a successful hybrid. A Libra born in the year of the Snake has meshed qualities of both signs; not quite Libra, not quite Snake, but a mesh of the two. The same is true of an Aries born in the year of the Horse; he is not quite Aries, not quite Horse, but a meld of the two. That means that each time a new couple forms, a further successful hybrid is attempted -- in this example, a Libra Snake-Aries Horse love blend. This week, Ondine, a Libra Snake, has written seeking to understand why the Great Love she had with Lucan continues to draw them to each other but will not let them live together -- for long. She writes, "Since the very beginning, we have always been important in each other's lives. We have been married [to each other] and divorced, and each of us is still the closest person emotionally to the other. But we haven't ever been able to build a life together. Help!"

Why would the stars draw them together only to throw them violently apart? Or is there a rogue strain that's wreaking havoc in the greenhouse? We shall see.

Female Libras like Ondine are one of the most enigmatic basic signs in the traditional zodiac. They are not quite like other women, in that they tend to keep their own counsel, and to worry less about what others think of them than most women do. They are feminine, highly intelligent and extremely beguiling in appearance, with strong sexual allure. Their company is judged by others to be desirable, so they easily attract not only lovers but friends. At the same time, there's a funny maleness to them; they get along best with men; they seem to have a male keel, or focus; they do not gush, they don't do "girl talk." They can be very tender and generous in a relationship, and make themselves very vulnerable, for a time; but at their core -- often unbeknownst to them -- there is usually something unyielding that accepts no compromise.

Ondine's Chinese sign is the Snake, a mystical, powerful sign that makes her passionate, hard to read, elegant, materialistic, intellectual, loyal and capable of vengeance (if someone should be so silly as to vex her). Her Libra Sun Sign infuses the Snake sign with needed lightness, lending Ondine some ability to chill out. However, as she was born not only in the year but in the hour of the Snake, her Snake tendency to brood and plan (or overplan) will be exacerbated. She will try to anticipate every eventuality, in an almost Cassandran manner, and may agitate herself, thinking too long-term. Once she chooses a mate, her innate Snake loyalty combined with her determination to keep what she has picked may give her a pit-bull grip; she won't let go. Still, the Libra Snake meld is a winning combination; it gives great personal magnetism, an extremely agile and far-seeing mind and a knack for making friends and keeping lovers.

The love of Ondine's life, Lucan, is an Aries Fire Horse, born in the hour of the Sheep. It is easy to see why they attract each other, and easy to see why their graft has been troubled. The attraction between Aries and Libra is supercharged. The Aries is a fecund, energetic, dazzling, headstrong child; the Libra is a sensual, intuitive, subtly charismatic playmate. They never tire of each other. The Aries finds repose and enticing mystery in the Libra, the Libra feeds off the Aries vitality, energized by his very presence. However, Snakes and Horses don't get along. The Snake finds the Horse undisciplined, immature, disorganized and inconsistent; the Horse finds the Snake creepily scheming and not aboveboard. The Horse finds the Snake's modes of conveying her displeasure with him petty and below the belt, and resents the Snake for trying to manipulate him; the Snake feels the Horse intentionally (or clumsily) tries to bruise her, and willfully disrespects her delicacy and her soigni tastes. She may find him not intellectual or serious enough. She is made miserable by the Horse's unwillingness to settle down, he is made miserable by her desire for him to settle down.

There can be strong attraction between Horses and Snakes, but it is usually physical, not to say punitive. They long to get with one another, but find it hard to be nice to each other. It's really hard to maintain such a pairing, unless, say, one of them is born in an hour that's highly compatible with the other's (not true in this case). I would venture a guess, however, that it is Lucan's Sheep hour birth that provided enough calm in his meld for this relationship to turn into a marriage in the first place. Sheep, like Snakes, place a high value on a comfortable home life; now that he's in his mid-30s, Lucan may calm down even more as the Sheep hour exerts its softening influence. But the Aries Fire Horse is such a strong and combustible blend that the Sheep hour will have a hard time getting a hoofhold. Also, Sheep and Snake have battles of will that the Snake usually has to win; something that an Aries Fire Horse -- Sheep hour or no Sheep hour -- has a hard time swallowing.

So, Lucan and Ondine did marry, despite their unlikely hybrid; they grew together for awhile, then they rebelled and got divorced. They still love each other, but they can't live together. They each have luminous, resplendent strong sign melds, but, as Goethe wrote, "There is strong shadow where there is much light." What should they do? Their best bet is to believe what they say, and to accept that they can't live together. They should be grateful to each other for the undeniable role they have played in each other's history, and they should move on.

Conventionally, you'd put a Snake like Ondine with an Ox or a Rooster, particularly a Rooster. Lucan's meld will have a hard time settling down with anyone; but he might try a Scorpio Dog or a Capricorn Tiger. But chances are that, because of the time she spent with Lucan, Ondine has absorbed some of his tastes. She shouldn't seek a new partner she would want; she should seek one "they" would want. She might try a hybrid that is compatible with both hers and Lucan's melds. May I suggest a Sagittarian Boar? Stubborn, fiery, home-loving, sensual, creative and productive. He'll be childish enough to remind her pleasingly of Lucan, but he'll be more capable of having a home life.