The MIT professor responds after Human Rights Watch accuses him of manufacturing facts. 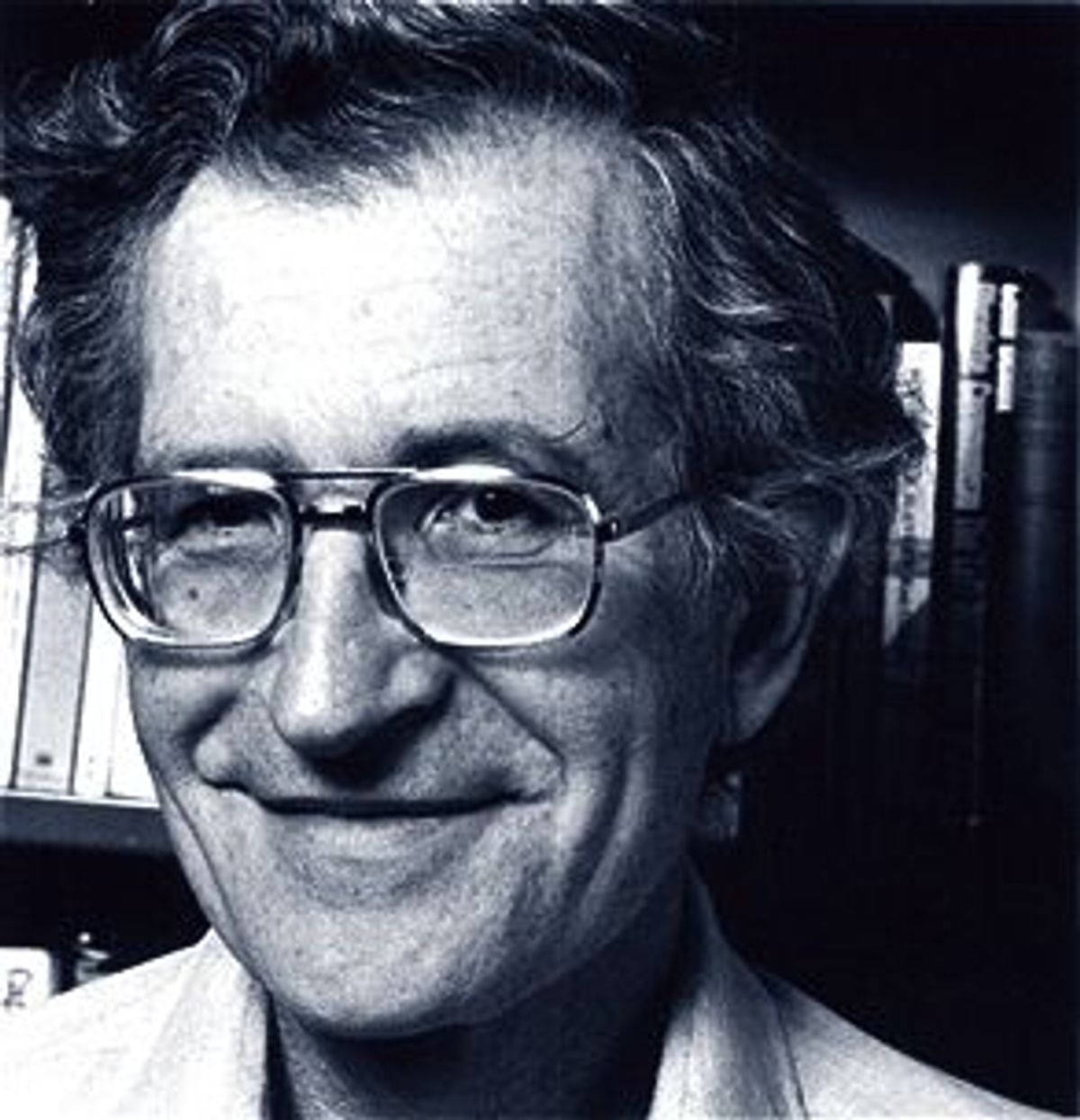 I understand that questions have been raised about my reference, in a telephone interview with Suzy Hansen, to estimates of the casualties resulting from the U.S. bombing of the al-Shifa pharmaceutical plant in Sudan in August 1998. Several observations:

1. Hansen opens by quoting my statement, in an earlier interview, that the bombing is responsible for "killing unknown numbers of people (no one knows because ... no one cares to pursue it)." That is, there have been no serious studies, by Human Rights Watch or anyone else, as I made explicit.

2. A phrase in a telephone interview does not have quotes, details or footnotes; that is self-evident. As everyone understands, to determine the accuracy of such informal comments one turns to what is in print, which in this case is particularly clear: the collection of interviews that Hansen cites at the outset as the basis for this interview, "9-11" (Seven Stories press), easily available in print and electronically for two months prior to the Salon interview.

3. In "9-11," the facts are stated accurately and precisely. With regard to HRW, the relevant paragraph reads:

Human Rights Watch immediately reported that as an immediate consequence of the bombing, "all U.N. agencies based in Khartoum have evacuated their American staff, as have many other relief organizations," so that "many relief efforts have been postponed indefinitely, including a crucial one run by the U.S.-based International Rescue Committee [in a government town] where more than fifty southerners are dying daily"; these are regions in "southern Sudan, where the U.N. estimates that 2.4 million people are at risk of starvation," and the "disruption in assistance" for the "devastated population" may produce a "terrible crisis."

The source for the other allusion in the Salon phone interview is also given accurately and precisely:

Germany's ambassador to Sudan writes that "It is difficult to assess how many people in this poor African country died as a consequence of the destruction of the Al-Shifa factory, but several tens of thousands seems a reasonable guess" (Harvard International Review, Summer 2001).

4. Conclusion: The few words about the matter in the telephone interview published by Salon were quite appropriate in that format, as easily determined.

5. There has been much controversy over a matter that I did not discuss in "9-11," or anywhere: namely, whether al-Shifa also produced chemical weapons. However one evaluates that charge, the crucial fact is that its production of pharmaceutical supplies and veterinary medicines was known, hence also the likely toll of the bombing, as discussed at once by HRW, and later estimated by others. Accordingly, the opening comment in "9-11" about this topic is perhaps also relevant. To quote:

"Though it is merely a footnote, the Sudan case is nonetheless highly instructive. One interesting aspect is the reaction when someone dares to mention it. I have in the past, and did so again in response to queries from journalists shortly after the 9-11 atrocities. I mentioned that the toll of the 'horrendous crime' of 9/11, committed with 'wickedness and awesome cruelty' (quoting Robert Fisk), may be comparable to the consequences of Clinton's bombing of the Al-Shifa plant in August 1998. That plausible conclusion elicited an extraordinary reaction, filling many Web sites and journals with feverish and fanciful condemnations, which I'll ignore. The only important aspect is that that single sentence -- which, on a closer look, appears to be an understatement -- was regarded by some commentators as utterly scandalous. It is difficult to avoid the conclusion that at some deep level, however they may deny it to themselves, they regard our crimes against the weak to be as normal as the air we breathe. Our crimes, for which we are responsible: as taxpayers, for failing to provide massive reparations, for granting refuge and immunity to the perpetrators and for allowing the terrible facts to be sunk deep in the memory hole. All of this is of great significance, as it has been in the past."

On a separate matter, an editor's note interpolated in the Salon telephone interview states:

[Note: After the attacks, NATO allies invoked Article 5 of the North Atlantic Treaty which states, "An armed attack against one or more of them in Europe or North America shall be considered an attack against them all."]

Putting aside questions of editorial practice, the interpolation is correct, and its evident irrelevance underscores the accuracy of the statement of mine in the phone interview to which it is appended: that no one claimed that after Sept. 11 the U.S. was under ongoing armed attack in the sense of Article 51 of the U.N. Charter.

The U.S. could, doubtless, have obtained clear and unambiguous Security Council authorization for its retaliatory attacks; none of those with veto power would have exercised it. But Washington deliberately chose not to receive authorization, just as it deliberately chose not to request extradition of the suspects, and just as at the very same time, it once again rejected a request for extradition of a condemned Haitian mass murderer (not the only case). One can speculate about the motives, but the facts are clear enough, as is the consistent pattern they illustrate.

Noam Chomsky is Institute Professor (retired) at MIT. He is the author of numerous books including "Profit over People," "Manufacturing Consent " and most recently "Who Rules the World?", available now.