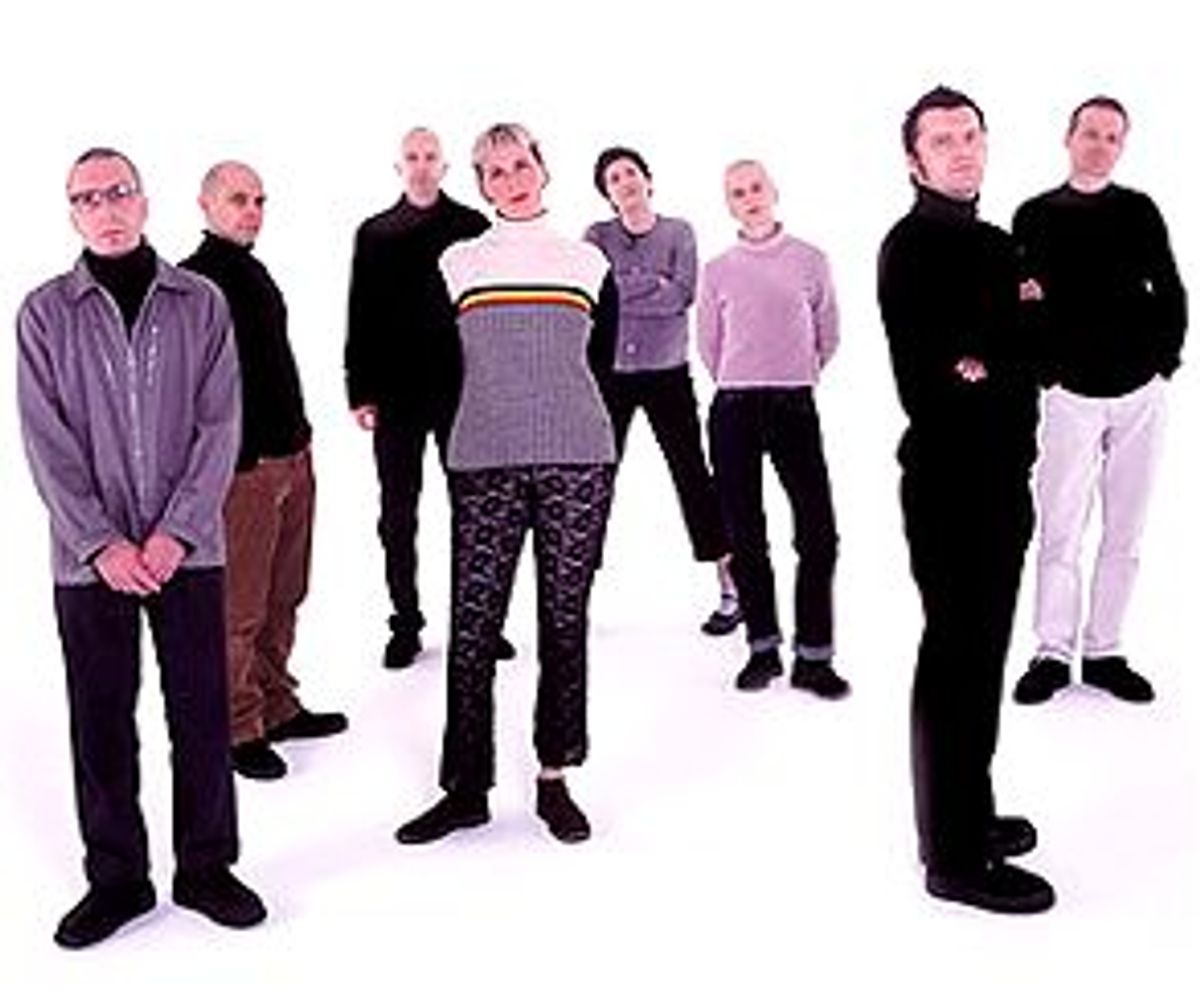 Pass it on. General Motors is providing $100,000 of backing for two fiercely anti-corporate activist groups, IndyMedia and CorpWatch, with a little help from the British pop band Chumbawamba. But before you call your local GM dealer to see if their latest models come with a "nuclear power, no thanks" bumper sticker fitted as standard, you should know that the world's largest automaker's status as benefactor to the anti-globalization movement actually came as a rather unpleasant surprise to the company.

GM's embarrassing problem began when marketing executives at the company decided a catchy piece of music titled "Pass it Along" would be ideal as a hip soundtrack to their "Pass it on" ad campaign for Pontiac cars. Unfortunately for GM, the song in question happened to be the work of outspoken pop pranksters Chumbawamba, best remembered for their anthemic 1997 hit, "Tubthumping."

Before the deal was even signed, Chumbawamba's members were busily e-mailing activist groups to garner opinion about what to do with the "dirty" money. The band eventually decided to split their corporate windfall between the independent news collective IndyMedia and the business monitoring service CorpWatch. The groups were naturally initially wary about taking money from a corporation diametrically opposed to their aims, but eventually decided in favor of what such large sums could do to aid their campaigning work. The opportunity to drum up some publicity, quite literally at GM's expense, must have been attractive too.

"There was some discussion about whether we should accept money that came indirectly from GM," says Jay, an IndyMedia volunteer in Philadelphia who declined to give his last name. "Though ultimately we decided that the donation was coming not from GM but from Chumbawamba, and that despite some of our finance working group members' disagreements with some decisions Chumbawamba has made in the past, we were happy to accept their contribution."

Press reports indicated that IndyMedia planned to use the money for "corporate jamming actions." As for CorpWatch: "We'll use the donation to bolster CorpWatch's Internet-based corporate accountability work. We plan on using some of the money to document GM's social and environmental impacts." says Joshua Karliner, Executive Director of CorpWatch.

Not what General Motors probably had in mind. GM representatives declined to comment. But its executives could probably have avoided the situation had someone at the motoring giant taken even the most cursory of glances at the history of Chumbawamba. Throughout their 20-year career the band has made no secret of their anarchist and environmentalist beliefs, and a swift click around the band's Web site would have revealed that members of the band run about as radical as they come, and even attended last year's anti-G8 Summit protests in Genoa, where a demonstrator was shot dead by Italian police.

The band's history is rife with irreverence. They ensured they would never have to attend another boring music awards ceremony when members emptied an ice bucket over British Deputy Prime Minister John Prescott at the Brit Awards in 1998. They have also courted controversy by defending shoplifting on "Politically Incorrect," dousing the Clash's Joe Strummer with red paint and having an on-the-run convict give a speech at a show in London. Even the original version of the track that GM used, which rails against gated communities and Bill Gates' software, should have given some warning signs.

"It's really funny because the chorus of the song is from a Microsoft advert," says Boff, Chumbawamba's guitarist. "We initially thought, when we first wrote that: 'Ooh, we'll have to be careful here and make sure it's not copyrighted as a statement.'"

Chumbawamba do not take up every offer of filthy corporate lucre. "It's weird because every time we get one of these requests we're in a difficult position; sometimes it's a straight down the line political decision," says Boff. "For instance, we got offered a lot of money from General Electric recently. The record company and the publishers, who stand to gain from it, are like 'You've got to do this, it's loads of money.' But as soon as we start looking at the General Electric portfolio ... this was whilst Afghanistan was being bombed, and they were really proud of supplying lots of military hardware which is used in the bombing of Afghanistan. It's just a straight political decision. We can't do that, everyone agrees. Whereas sometimes it's 'What is this company involved in?' 'Well, they've got bad labor practices but they've got a policy against child labor -- well, let's think about what we can do with the money if we do it.' There's loads of gray areas and you make mistakes all the time. If it's a bit dodgy and we're really not sure whether to do it or not a lot of times we just say no."

If saying no to GE's $700,000 was a tough call, then turning down Nike's $1 million in 1998 must have been harder still for a band whose members subsisted largely on a diet of oatmeal to raise funds for the release of their first independent single. The band did, however, sanction the use of their music in a PlayStation game, the movie "Home Alone 3" and even a dancing toy gorilla, with the money going to activist groups in each case.

After selling over 5 million copies of their "Tubthumper" album on the back of the sports stadium friendly "Tubthumping," Chumbawamba were recently dumped by their European label EMI after their last album flopped. But, unperturbed by their one-hit-wonder status, the band have a new CD in the can, "readymades," which should be out in the U.S. on Universal later this year.

Iain Aitch is a London-based columnist for Bizarre magazine who has also written for The Guardian, The Independent on Sunday and Dwell.