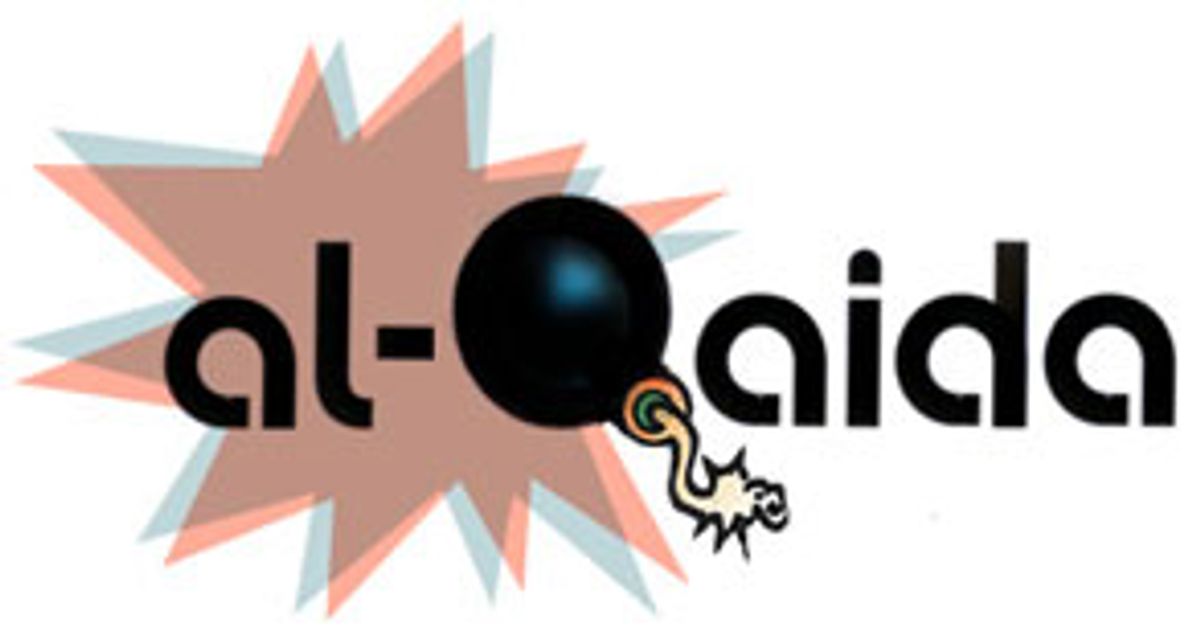 The past couple of months have been challenging times for al-Qaida. As we continue to work diligently to understand what happened in the Afghanistan case and why, we are also working just as hard with our clients, employees, public officials and the public to maintain the trust that you have put in al-Qaida for six years.

As you may know, al-Qaida has discovered various issues related to Afghanistan. Just last month, I voluntarily released a grainy, inaudible videotape, its homemade-porno-movie quality implicitly acknowledging that an error in judgment had been made with respect to the evil Americans' ability to blast our asses out of our caves.

As our own internal investigation into the matter proceeded, we learned that as soon as the accursed infidel's bombing campaign started, our lead partner on Afghanistan account [Yussuf: Why is there no "the" before "Afghanistan account"? I know you told me to copy the Arthur Andersen Times ad word for word, but by the beard of the prophet, this syntax makes me sound like a hick from Yemen!] absconded for Newport Beach with 25 Stinger missiles, our last satellite phone and five free lap-dance passes at Solid Gold's Heavenly Virgins. These activities were of such a nature and on such a scale as to remove any doubt that a gross error in judgment was made.

These matters are the subject of much speculation. The three of us who are still alive are conducting a full scale internal investigation [Yussuf: Do not read the rest of this sentence -- it contains theological subtleties that are not for your eyes], after which I will summarily execute the other two in the name of Allah, the all-merciful. Let one thing be clear -- we will not tolerate any unethical behavior or willful violation of our policies. Of course, since we don't have any policies, this should not prove a problem as we move forward into a dynamic future.

We are well aware that the salience and significance of these Afghanistan-related problems, which al-Qaida has voluntarily reported to the godless American public, satanic governmental officials and the idol-worshipping, eternally damned media, have the potential not only to erode confidence in our company across the board, but to erode my own mangy, cotton-wrapped derrière. That is why we want you to know the full story, not just about Afghanistan, but about al-Qaida, our people, our work and our values, and why I want to get the flying flock out of this filthy Peshawar hovel and back to my cushy construction-billionaire gig in Mecca.

Our clients, the people who know us best, include many of the world's most successful terrorists, religious fanatics and demented mass murderers. They are legitimately concerned about these events and asking tough questions every day. But they tell us it is because we give them straight answers, and because they have trust and confidence in the al-Qaida people who have served them for years, that they are prepared to withhold judgment until all the facts are known. Plus, they know if they ask too many questions, they're gonna be brushing their teeth with the shell casings of a rocket-propelled grenade.

Finally, our values, like those of all major corporate entities whose planes crash or documents are shredded or CEOs are found dictating national policy to vice presidents, include a total commitment to spending $75,000 on full-page ads in the New York Times. We solemnly promise to you that whenever we really, really blow it, we will run strangely worded quasi-apologias drawn from the "mistakes-were-made" school of rhetoric. By engaging in this formulaic, semi-humiliating ritual, we here at al-Qaida hope to anesthetize the whole issue with a soothing, steamy effusion of "forthright candor," "total commitment" and large sums of cash.