Brand new war for the Army of God?

Under government scrutiny for their ties to antiabortion anthrax hoax letters, the Army's leaders are spouting new, violent rhetoric against gays. 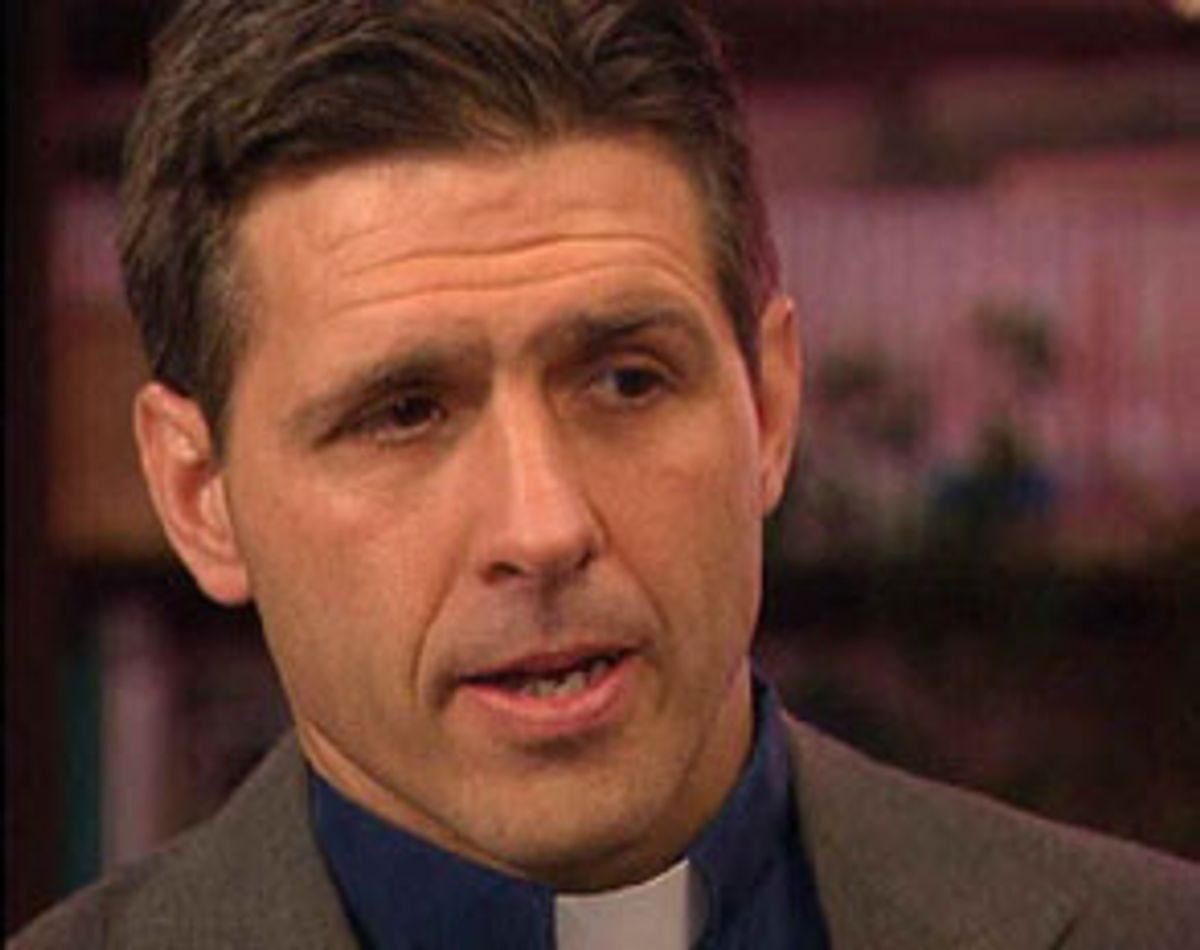 "Let us give thanks," Army of God "chaplain" Rev. Michael Bray proclaimed on the Army of God Web site, after sword-wielding officials in Saudi Arabia beheaded three gay men New Year's Day. The official Saudi Press Agency reported that the men had "committed acts of sodomy, married each other, seduced young men and attacked those who rebuked them."

Best known for its terror campaign against abortion providers, the militant Army of God has lately displayed a virulent antigay animus in recent postings on its Web site. The sudden trend has set off alarms among human rights groups.

"This is really chilling," Surina Khan, executive director of the International Gay and Lesbian Human Rights Commission, told Salon. "It really disturbs me, in terms of the rhetoric and what effect it has."

Ironically, the Army of God is expressing new solidarity with Muslim extremists just as the right-wing extremists have come under new scrutiny by the U.S. government for their own links to terror, post-Sept. 11. The violence-prone Army of God drew intensified federal attention thanks to its praise ("great idea!") for the anthrax scare at 550 clinics and abortion rights organizations last fall, perpetrated by self-described antiabortion "terrorist" Clayton Waagner. Waagner signed his threats "Army of God."

Deputy U.S. Marshals in Ohio captured Waagner in December after 10 months on the lam -- during which he merrily robbed banks, bought weapons and surveillance equipment, stole cars, and stalked clinics and clinic personnel. Arresting officers found that he had $10,000 cash in his pocket and computer components and a loaded handgun stashed in his stolen Mercedes-Benz. U.S. Marshals arrested Waagner, an escaped federal fugitive, and turned up the heat on the Army of God, which had supported his flight from justice, even allowing him to post communiques to the antiabortion community on its Web site. It probably doesn't help, in this age of vigilance against terror, that several Army of God figures have repeatedly expressed approval for the use of chemical and biological agents against abortion providers.

After years of complaining that federal officials weren't taking threats against them sufficiently seriously, abortion providers and advocates are relatively happy with the way the federal government has responded to the latest anthrax threats. Apparently feeling the heat of federal law enforcement agencies, Rev. Michael Bray even canceled his annual White Rose Banquet, usually a high-profile fundraiser and Army of God rally held near the nation's capital every January on the anniversary of the Supreme Court's Roe v. Wade decision. Bray held a "private meeting" instead.

And yet, with its antiabortion threats coming in for more government scrutiny, the Army of God has apparently decided to ratchet up its antigay rhetoric. The antigay animus of the group's Web master and spokesman, Rev. Donald Spitz, has erupted into obsession in the two special sections of the group's Web site. One offers a selection of links to various news stories, some from dubious sources. For example:

"Presbyterians Wrestle Over Ban on Homo Clergy. If they have an question about it, they are obviously apostate."

Another section of Spitz's site is devoted to explaining "why you should never give money to the United Way." The reason? The United Way gives money to family planning organizations and abortion providers like Planned Parenthood but "refuses money to the Boy Scouts because the Boy Scouts will not let child molesting homosexual sex perverts become Scout Masters and take your children out to the woods to molest them."

While Spitz has a sharp eye for potential antigay headlines, Michael Bray has been more focused on the opportunity the Saudi gay beheadings may afford to get some "discussion" going toward a more theocratic order in America.

"While the Christians among us westerners would decline to emulate our Muslim friends in many ways ... " he notes, "we can appreciate the justice they advocate regarding sodomy. Might these fellows also consider an embryonic jihad? Let us welcome these tools of purification. Open the borders! Bring in some agents of cleansing."

"In the meantime," he concludes, "let us pray for justice: viz., that the heads of adulterers, sodomites, murderers, child murderers (abortionists), witches, traitors, and kidnappers roll."

"I think this is a blatant call for people to murder gays and lesbians, among others," Lorri L. Jean, executive director of the National Gay and Lesbian Task Force told Salon. "It's the logical extension of radical fundamentalism and religious intolerance."

"I think that any alliance they may be building with fundamentalist Muslims is alarming," says Surina Kahn, of the International Gay and Lesbian Human Rights Commission. "And this may be just the beginning."

While Bray has called for prayers of Thanksgiving for the Saudi executions, Kahn's group is publicizing Amnesty International's blistering report on the incident. The report denounces the vague charges, secret trials and executions of the three men.

Bray's cheering of the Saudi executions is striking in light of the usual contempt for all things Islam expressed by the far Christian right. "One has to appreciate the cosmic irony here," said Chip Berlet, senior analyst at Political Research Associates in Somerville, Mass. "They can side with a religion they don't approve of against a scapegoat they both loathe and demonize."

Berlet isn't surprised by the Army of God's antigay outbursts. "Within the Christian Right, there is a distinction between the reformists and those who want insurgency," he says. Revolutionary groups like the Army of God, he says, see before them a "three-headed monster -- of liberalism, feminism (which includes abortion), and the gay and lesbian civil rights movement. And the monster doesn't die," he observes, "unless you cut off all three."

But Phelps is not known for specifically encouraging bombings and assassinations, while that has been the raison d'jtre of the Army of God. So the Army's sudden increase in antigay rhetoric worries hate-group watchers. "We know that in the race-hate movement," Berlet explained, "people who have been fed a steady diet of demonization based on falsehoods have gone out and attacked people -- people who have been targeted by the rhetoric. So we know this happens."

The question is whether the escalation of the Army of God's antigay rhetoric signals a coming campaign of violence of the sort that has targeted abortion providers, or a pernicious but nonviolent distraction for a group whose harassment of abortion providers has suddenly come in for greater federal scrutiny. But hate-group watchers say they're monitoring the group closely looking for an answer.