Enron CFO Andrew Fastow wasn't a renegade -- he was just doing his job. 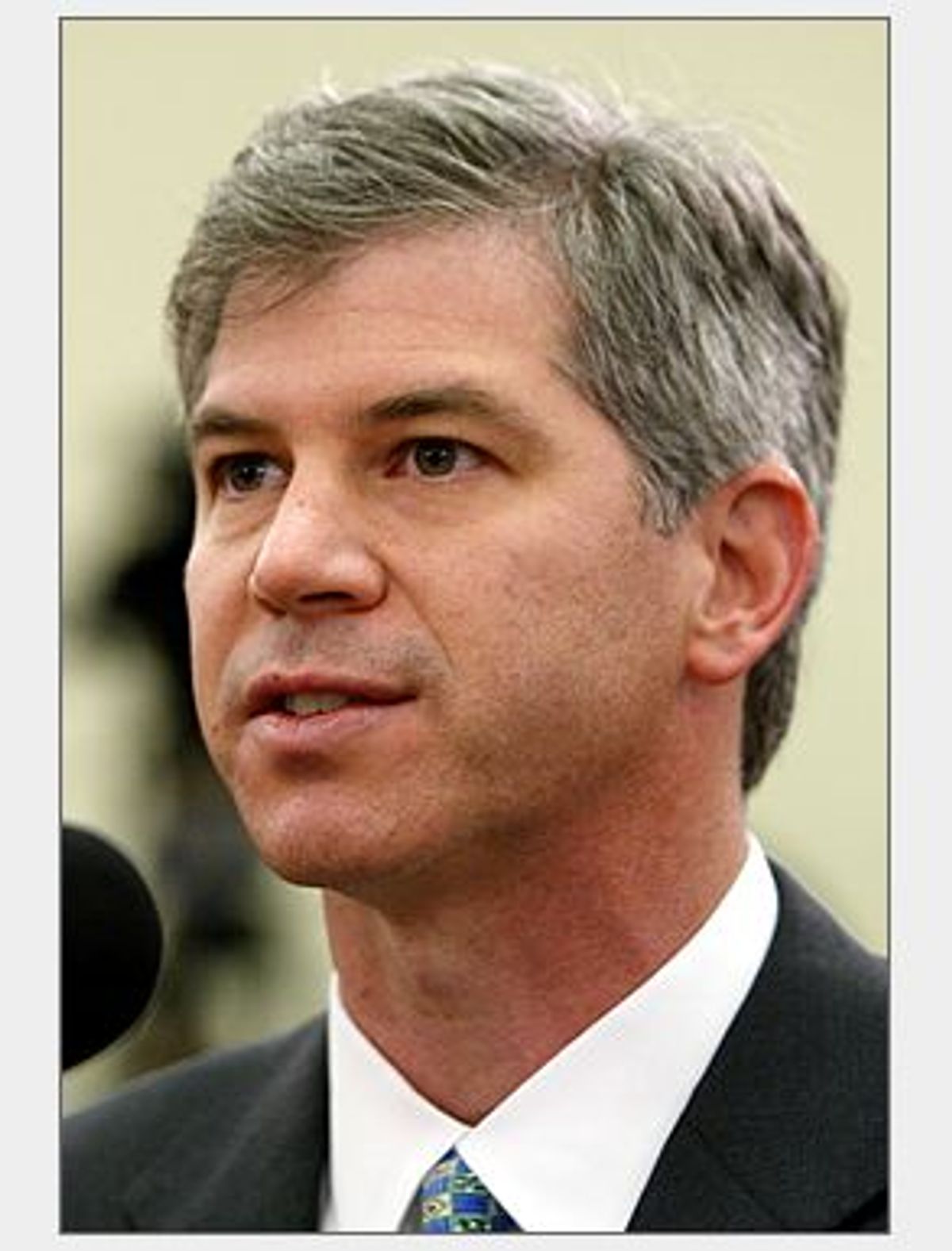 One of the main victims of Enron's collapse has been the reputation of accounting firms -- the so-called gatekeepers who are supposed to prevent corporations from financial skulduggery. But in trying to fix things, critics who are calling for tighter accounting regulations may be looking in the wrong place. The problems that felled Enron -- wildly inflated earnings and enormous off-balance-sheet costs -- were not the work of Enron's auditor, Arthur Andersen. The fancy financing and fancier bookkeeping were, by most accounts, masterminded by Enron's chief financial officer, Andrew Fastow. And, far from being a renegade, Fastow (who declined to testify before Congress earlier this month) was just doing his job -- or, at least, he was doing precisely what today's CFOs are being told to do.

The CFO, traditionally, was the executive entrusted with ensuring that a company operates with financial discipline -- not excess. But in a business environment where investors are demanding ever-increasing earnings every quarter and anything less than 20 percent earnings gains is considered lackluster performance, CFOs are under steadily escalating pressure to fudge the books to make things look better than they really are.

This is a relatively recent phenomenon. It wasn't that long ago, suggests Warren Bennis, a professor of management at the University of Southern California, that a company's chief financial officer was considered staff, not part of the executive elite. "Even 12 or 13 years ago," he says, "CFOs were not regularly included at the table in executive meetings. Now the CFO is part of the club."

A few decades ago, the CFO's main job was confined to acting as the link between a company and its bankers. No more. In the go-go 1980s and especially the '90s boom years, daring corporate finagling became the name of the game -- and in the case of many recent technology start-ups, which had no earnings and sometimes not even any revenue, the only game. There were convertible bonds, junk bonds, derivatives, venture funds, pension funds, hedge funds, tracking stocks, spinoffs, joint ventures and, of course, on the cost side, a bewildering array of gimmicks, from offshore domicile changes to leasing deals, deferred employee compensation plans and purportedly one-time expense write-offs. Few if any of these maneuvers had anything to do with producing anything (except in some cases more money), but they did make a corporation's books look good. And responsibility for executing these maneuvers belonged to the new star executive player -- the CFO.

"The CFOs, who were supposed to be policing managers, have stopped policing and have become facilitators for managers," says Bruce Greenwald, a professor of finance at Columbia University's Graduate School of Business.

And since the CFO, quite often, is the only member of the executive team who actually understands the details of modern corporate finance, the position has become a hot spot for corporate trouble.

"In the CFO, you have someone with highly technical skills that these days the CEO and COO often don't even understand, yet there has to be this web of trust," says Bennis. "It's a paradox."

At the same time, says Bennis, the CFO is under constant pressure from the CEO, COO and president of the company to deliver ever increasing earnings and revenues. It is, he suggests, a recipe for Enron-style debacles.

Take Cisco Systems, for example. Long hailed as the paradigm of a technology company, Cisco, once one of the world's fastest growing enterprises, has seen sales slump and its market value -- as measured by its share price -- fall by almost two-thirds over the past two years, for a loss to shareholders of some $276 billion. In an effort to stave off investor concerns, Cisco's CFO, Larry Carter, resorted to accounting tricks. Last November, he reported as profit $290 million that the company "earned" by selling off excess inventory, but that same inventory had been written off seven months earlier as "worthless." In other words, it was really counted twice. That same year, just as the company was getting set to close the books on its 2001 second quarter, Carter reportedly personally directed employees to race around a San Jose warehouse loading as many boxed machines as possible onto trucks before midnight of Jan. 27, so that they could be considered "sold" for accounting purposes.

There have been so many similar sleight-of-hand maneuvers in Cisco's books over the years that some experts say they aren't sure how profitable the company has been -- or even whether it has always been profitable -- since as far back as 1990.

Tyco, like Cisco, is another acquisition-crazed firm whose CEO has previously boasted that the company will become "the next General Electric." But Tyco's shares have also tanked recently, as nervous investors, post-Enron, began getting skittish about needlessly confusing books. Instead of growing further, the company now is being split into four independent smaller entities.

Tyco CFO Mark Swartz is a master of obfuscation, analysts say. There are charges, denied by Swartz and Tyco CEO L. Dennis Kozlowski, that the company routinely had acquisition targets restate their last earnings results downward, so that the deals would look better after Tyco took over. The company also borrowed heavily from its banks to shore up its balance sheet as its stock tanked and doubts rose about its ability to meet its debt repayment schedule.

But fuzzy math and creative accounting have not been limited to companies in the so-called new economy. In recent months, the CFOs at AT&T and General Electric have also drawn fire for their efforts to boost earnings by playing with the numbers.

In late January, AT&T's CFO, Chuck Noski, told the Financial Times the company would no longer routinely use "one-time" write-offs to account for restructuring costs, such as employee expenses for layoffs. Such one-time charges, while reducing earnings, are presented as though they are not reflective of the company's true profitability. In fact, industry critics note that such one-off charges have become routine in U.S. business, raising questions as to whether they should really be considered one-time expenses. Shortly after Noski's promise, in fact, the company took another $1 billion charge as it laid off another 5,000 workers.

GE, too, has made regular, and some would argue excessive, use of supposedly one-time restructuring charges. Last year the company, long a darling of investors who considered its erstwhile CEO Jack Welsh a model manager, came under criticism for the complexity of its own books. In an article in Fortune Magazine a year ago, reporter Jeremy Kahn called his efforts to untangle the company's finances "Accounting in Wonderland." Post-Enron, the company has had to reassure investors that it is as profitable as its books say it is.

According to a recent study by the Center for Economic and Business Research Ltd., a respected British think tank, the CFOs at Enron, Tyco, Cisco, AT&T and G.E. are hardly alone in using creative or aggressive accounting to improve the look of their companies' financials. The London think tank reports that after comparing the earnings reports of companies listed on the New York Stock Exchange with statistics from the U.S. Commerce Department's Bureau of Economic Analysis (in which some of the more commonly used accounting "adjustments" are pared away), it appears that U.S. corporate profits in 2001 were overstated by 27 percent, or about $130 billion.

If those numbers are correct, the Dow Jones Industrial Average should be trading at between 5,500 and 7,500, instead of floating around the 9,500-10,000 level, according to the study.

A typical explanation for why accounting firms are failing to sound the alarm bell when confronted with the current state-of-the-art of books cooking is that those same firms make far more money from consulting deals with the corporations they're auditing than from the auditing contracts. But while it's true that corporate finance would be a good deal clearer and more honest if the accounting firms could maintain an arm's-length relationship with the companies they audit, investors have a right to ask why corporate finance officers don't just start telling it like it is, so they wouldn't need to be challenged by the auditors.

But don't expect any change in the finance department ethos soon. Look what happened to Roy Olofson. When the now former vice president for finance at Global Crossing raised questions about that company's accounting shenanigans, he was fired. Now, although his charges about dicey transactions are proving to be so true that Global Crossing is seeking bankruptcy protection, the company's response has been a smear campaign against him designed to paint him as just a disgruntled employee.