Susan Minot's new book, "Rapture," may put many women off the idea of giving the next blow job. 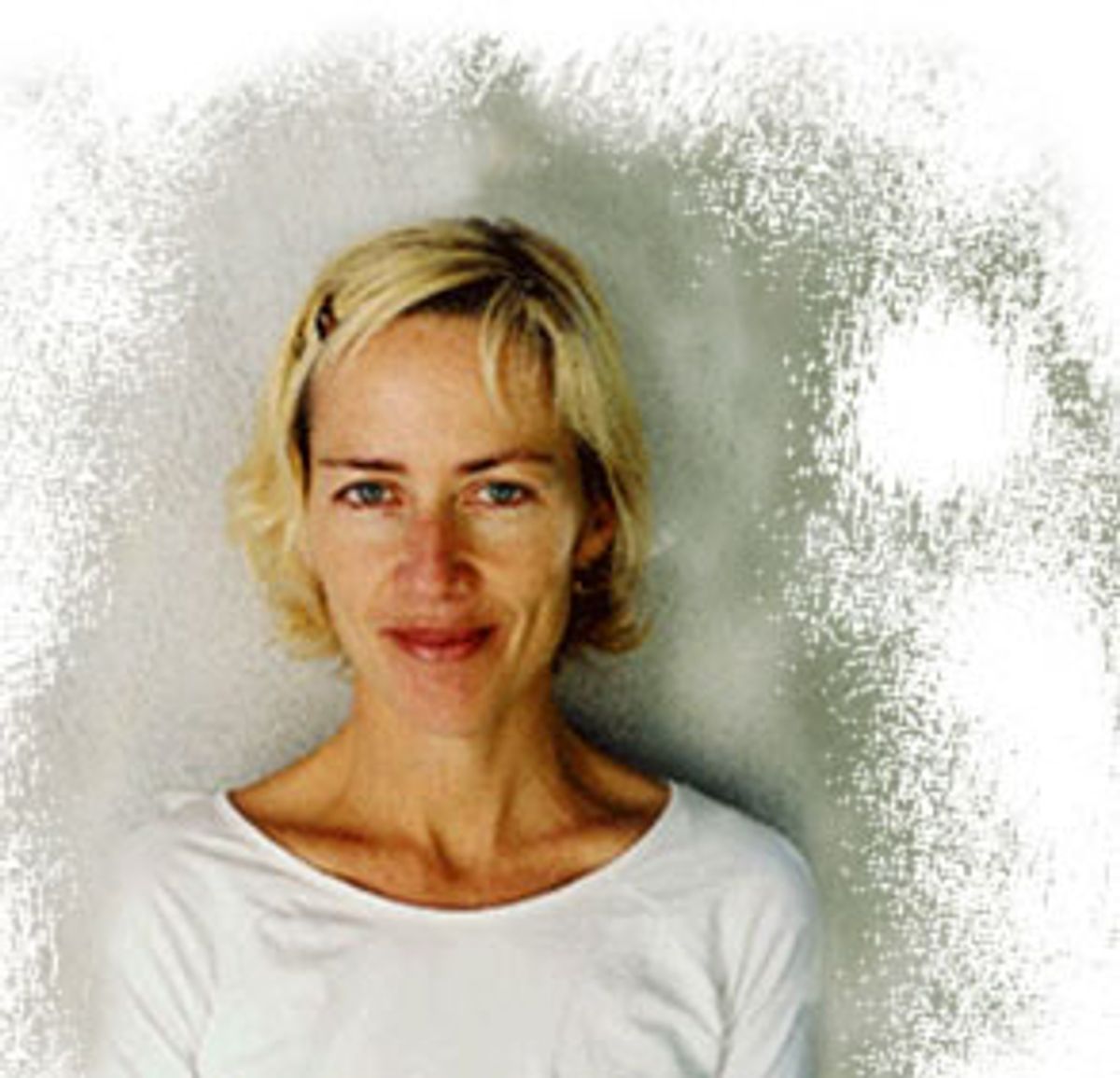 Susan Minot thinks too much.

This is not necessarily a bad thing for an acclaimed novelist and screenwriter ("Evening," 1998; Bertolucci's 1996 film "Stealing Beauty"). But it can get in the way when it comes to the subject of her latest book, "Rapture." The 116-page novella documents a 12-minute blow job, in Manhattan, between two on-again/off-again lovers.

In oral-sex prose circles, "Rapture" is matched only by Harold Brodkey's epic short story "Innocence," wherein a young male protagonist gives an account of his struggles to bring a so-called frigid girl to orgasm using his yap.

"But mostly Brodkey's narrator is just thinking about the girl," Minot says over the phone from her home on an island off the coast of Maine. "Him trying to get her to have an orgasm. What's going on in his mind? I don't know if we're really getting the story." Then she adds, "Men never write about themselves when they describe sex. Why didn't James Joyce write Molly Bloom's soliloquy from a man's point of view? I don't think men really want to explain themselves."

So Minot threw down the gauntlet, and examined both the male and female reactions to getting and giving head. We'll start with Minot's blowee, Benjamin, an indie film producer in his 20s who is having an afternoon suck by his former production designer, Kay. He sits back on Kay's bed and tries to enjoy the "pleasant sensation" of her wet mouth, but the sensations are not "making it up to his head." He's thinking about other times when he was thinking about other women. He's thinking about how often he has sexually and emotionally betrayed Kay. He's thinking about his well-heeled fiancée, Vanessa. He hears a distant plane and considers that one seldom notices planes flying over Manhattan. ("Rapture" was written pre-Sept. 11.) "I couldn't have written that now," Minot says. "It would be a whole different thing."

Benjamin also remembers a Lou Reed song about "playing football for the coach." He pictures other women giving him blow jobs in other situations. (He's just remembering these encounters. He doesn't do something as crude as fantasize that the woman bobbing her head below him is someone else, like say Rosanna Arquette with her delicious pouty lips.) Not that Benjamin doesn't think about movie stars while Kay is going down. He pictures Monica Vitti's high heels in "L'Avventura." He pictures a grimacing male head from some old Ed Wood movie.

OK, let's go with that for a moment. Let's say it is possible for a healthy man to consider an Ed Wood movie during a heterosexual blow job. How did Susan Minot come up with that image? What research did she do to get into a man's head?

Well, Ben does seem to do an awful lot of daydreaming for a man in his position, I venture. "That's where you suspend your disbelief a little," Minot says. "There is a lot popped into those 12 minutes. Hopefully eight of them were without thought. I tried to convey the way he tries to empty his mind or the oddness of the way things pop in."

Minot laments the impossibility of turning electric currents in the brain into language. "Words take too much time. The thoughts that are articulated go by like an electric flash. Something that requires three sentences can be a half-second image. Or feeling. Or impression. Words don't quite get at the fragmentation, the rapid fire, of thought."

Talk about phallic symbols! "You have to have humor in there," Minot insists. "It just doesn't work without it."

No wonder Kay feels "the absurdity of sex like a wink." Like Benjamin, Kay also thinks about other lovers -- in particular how emotionally unsatisfying they were. When Kay finally begins to concentrate on the erect penis she has between her lips, she realizes that she is giving worship to Benjamin. She then considers how alien a penis is. ("It had taken her years of familiarity to develop a fondness for it.")

She then remembers a man, not Benjamin, looking down at his hard-on and feeling surprise. Finally, Kay considers the paradox of sex. She finds that "her slavelike posture" is arousing to her. She imagines Benjamin saying crude things to her. Minot doesn't say what those words are. At least a reader finally gets a sense of the down and dirtiness of sex, even if Minot is too refined to enunciate the language in Kay's mind herself.

But then, Susan Minot is not Karen Finley. Minot is too interested in the abstract regions of eroticism to talk dirty. For example, Minot mentions an aborted plan to put some photographs she uses for her watercolors on the Knopf Web site to promote "Rapture." "They'd be pictures of what's going on in these people's minds while they're having sex. So any image that pops in is justified. So I collected a little group of photos."

I suspect that a chair on a lawn is a little too abstract to be sexy for most Americans. But it was audacious to structure a book around a blow job. "It was really going to be a short story," Minot explains. "Four or five pages based on the idea of two people having sex and the things going on in their minds at the same time. But it expanded. Twelve minutes expanded into 116 pages. I realized the situation was an opportunity to explore two different personalities' attitudes toward sex and love."

She adds, "One thing about sex is there are many different experiences going on. On one level, there is the physical, which is difficult to convey, which can be wonderful and transporting. It can also be frustrating and not happening. It doesn't always go smoothly."

The end of the encounter between Kay and Benjamin does not go smoothly on the psychic level. In fact, it's devastating. This was not a shared blow job between steadfast lovers. Benjamin is an emotional con man, and Kay is a sucker in more ways than one. She has become so enthralled by Benjamin's penis that when he finally, finally, finally comes in her mouth, she has an out-of-body experience, and after swallowing Ben's come tells him, "That was worship."

Benjamin sees his ejaculation as the ultimate existential act. A novel that began as an exploration of gender perceptions of sex has turned into a book about what it is like to suck the cock of a truly hideous man.

"During the first draft I was really trying to stick with what was going on in their heads without any explanatory description at all," Minot says. "In the same way when you're talking to someone you don't re-describe where you live. This was a little too obscure in a way. It left a reader a little floating above who these people are. I had to fit in slivers that would ground the characters more."

The "slivers" Minot slips in at the end make Benjamin sound so chilly you expect him to whip out a razor and slit Kay's throat. He's no Mac the Knife, but when women read the last two sentences in the book, they will probably be chilled.

Perhaps fellow Maine resident Stephen King imparted some dark psychic influence on Minot's soul. "Yes, 'Rapture' is a horror story," Minot says. "It definitely is. Many love affairs are." She then gives a healthy horselaugh. "They can be as devastating as death and war."