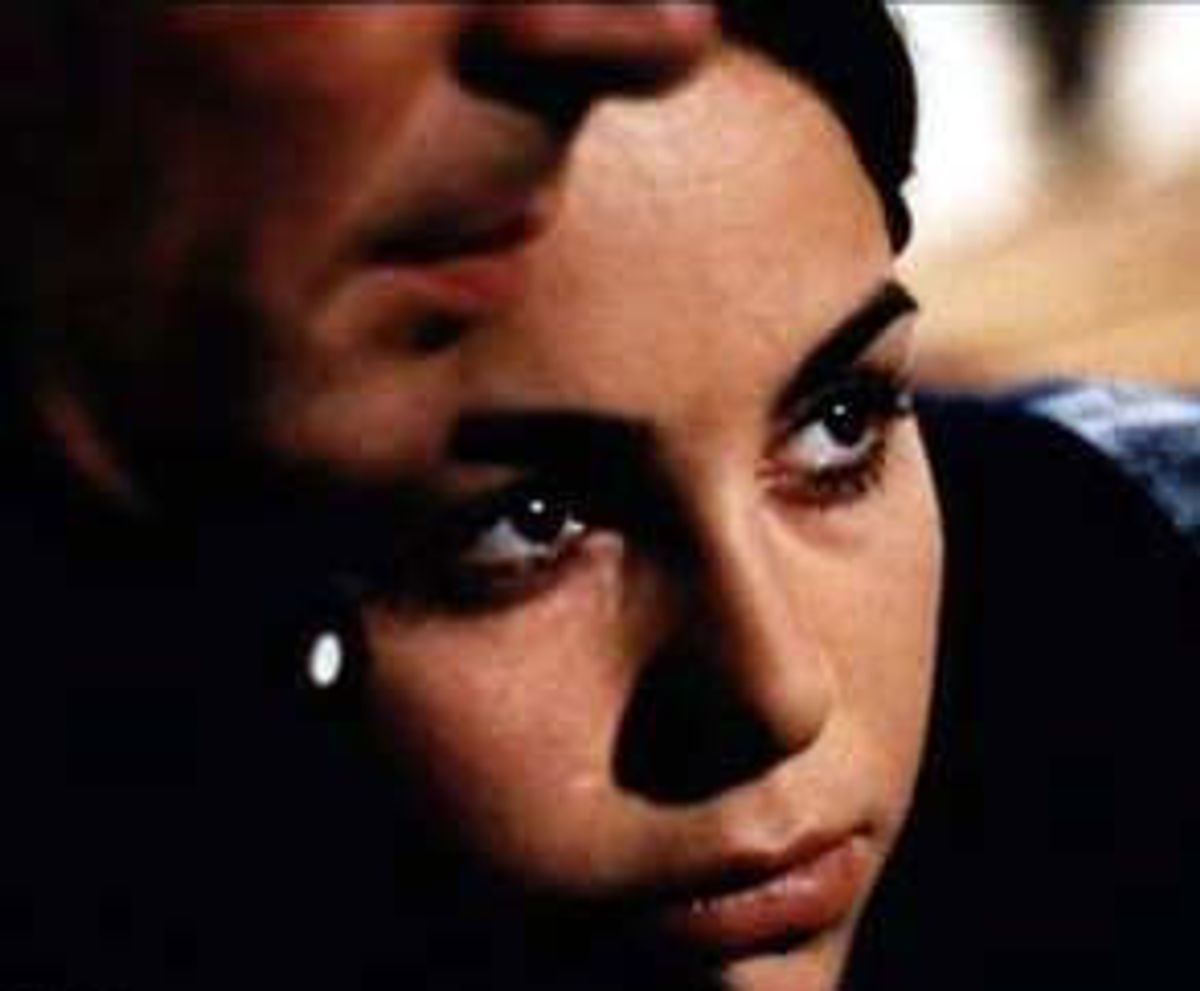 Sometimes an artist's private obsessions pull him or her onto the cusp of history entirely by accident. Such is the case with Ramin Serry's "Maryam," a marvelous little indie film set in New Jersey suburbia, circa 1979, that has been kicking around the edges of the industry for two years and is only now, as a tiny side effect of Sept. 11, getting a chance with audiences. (Thanks in large part to critic Roger Ebert, who has tirelessly championed the film.) It's now playing at the Angelika Film Center in New York, and with any luck bookings in other cities, and a decent home-video release, will follow.

There are a million little ironies in and surrounding this movie; the subject of "Maryam," at least in part, is the fact that Americans tend to ignore the outside world until it shoves itself suddenly and unpleasantly in their faces. When Maryam Armin (Mariam Parris), a sweet, bright, perennially perplexed teenager who goes by "Mary" at her suburban high school, suggests to her television broadcasting class that her cousin who just arrived from Iran might make an interesting story, the kids around her snort. "Who cares about that?" asks one blond girl. "I mean, excuse me, but what does that have to do with school?" So the student broadcasters focus on "the homecoming controversy" instead.

Don't misinterpret this scene; writer-director Serry -- a Chicago-area native whose parents immigrated from Iran -- isn't out to excoriate Americans for their self-centered attitudes and cultural blind spots, or at least not Americans alone. His vision is broader and more rueful than that. No one in this movie is completely free of self-delusion and duplicity, not even Mary herself, who mainly wants to make out at the roller rink with a sweet stoner boy named Jamie (Victor Jory) and would rather not think about the tormented country her parents fled when she was a baby.

"Maryam" opens with newsreel footage of the Shah of Iran presiding over opulent state functions and then scenes of the joyous yet terrifying mobs in the streets of Tehran following his ouster. (All while the Cars' "Let the Good Times Roll" is nervously throbbing on the soundtrack; if using pop hits to accompany period footage is something of a cliché, Serry wields it wittily.) Even those of you with only dim memories of the Reagan era should know what's coming next: Americans are about to get a crash course in the Iranian Revolution, and the members of Mary's assimilated middle-class immigrant family will become undesirable aliens virtually overnight.

Even before the seizure of the U.S. Embassy in Tehran, Mary's so-called life begins to get complicated. Her courtly father (Shaun Toub), who clearly adores her beyond reason, won't let her go to parties and monitors her after-school activities like a bird of prey guarding its young. She's embarrassed by his old-world manners and accent, but then her cousin Ali (David Ackert), a Muslim who supports the Ayatollah Khomeini, arrives from Iran to attend graduate school. From the start, there's a combative, semi-flirtatious relationship between this devout, handsome student and his bratty American cousin, which Serry and the two actors handle with wonderful grace, neither pushing things too far nor letting the question drop. Of course he can't touch her, not even to shake hands or in cousinly horseplay, which only heightens the not quite sexual, not quite intellectual tension between them.

Parris plays Mary with such ease, such relaxed commitment, that it's startling to learn the young actress is actually British; not only is her American accent flawless but there isn't a hint of self-consciousness to her performance. Like the children of immigrants from all over the world, Mary starts to dig, at first cautiously and then eagerly, into the secrets her parents left behind in the old country. What happened between Mary's father, his brother (that is, Ali's father) and the Shah's secret police? Why has Ali brought a backgammon board stained with blood as a "gift" for Mary's dad?

In a somewhat muddled (if eerie) subplot, Ali becomes involved with a student group protesting the exiled Shah's presence at a New York hospital. Perhaps confusing his anger toward Mary's father with his anger toward the Shah, he becomes increasingly drawn to the possibility of violent retribution. Although the principal players (including Shohreh Aghdashloo, a prominent Iranian theater actress, as Mary's elegant, tolerant mother) are all terrific, the acting and directing in "Maryam" are weaker when Serry moves away from his central focus. The actors portraying a Marxist radical and an immigration agent are especially unconvincing.

After the hostage crisis begins in Tehran, the Armins' suburban town begins to turn against them, although here again Serry never overstates matters, especially considering how despicably some Americans behaved at the time. Mary's car is vandalized at school and bigots throw a brick through the front window of the house. But the Armins' next-door neighbors, after some hesitation, finally do them a great service when the pressure threatens to tear the family apart.

If "Maryam" gains a little added resonance in the wake of last fall, none of it is cheap or simplistic. This movie may not have the highest production values you've ever seen, but it's the work of an artist, one whose view of America, history and the awkwardness of human life is generous and deep. Serry is capable of distilling everything important in his movie into one scene, the tragic and hilarious roller-rink episode, with almost no dialogue. In one corner of the room is Ali, trying desperately to cling to his sense of himself amid the pot smoke and the pulsating beat of Blondie's "Heart of Glass." On the skating floor, arm in arm with Jamie, is Mary or Maryam or whoever she is, her face aglow, not being an Iranian or an American or anything except a sheltered teenager set free for a few minutes in roller-disco heaven.