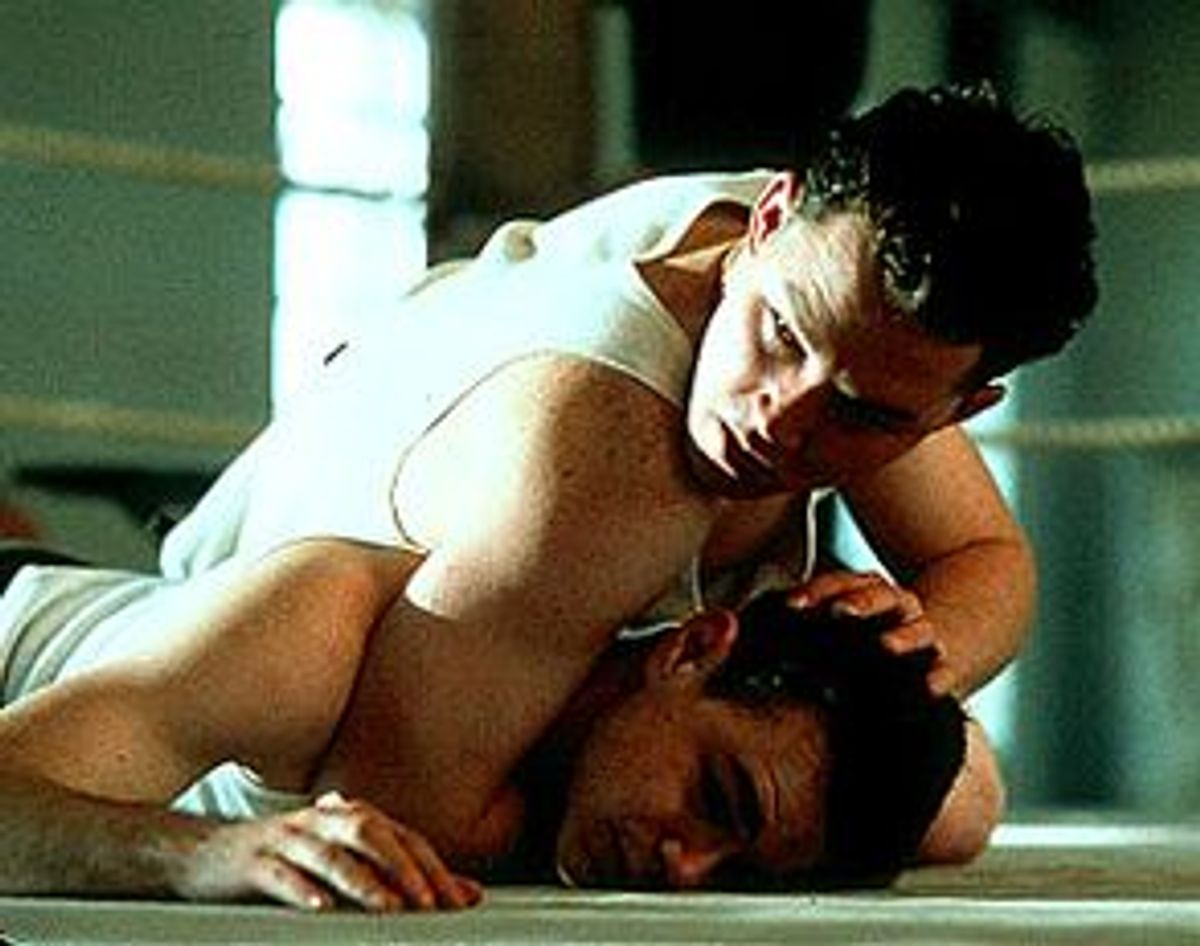 Adapting Brendan Behan's "Borstal Boy" -- the legendary Irish playwright's memoir of his teen stint as an Irish Republican Army prisoner in a British juvenile facility -- as a film seems like the most natural idea in the world. And director Peter Sheridan, himself a respected veteran of Irish theater and television, seems like the perfect man for the job. So it comes as something of a surprise that the chief charms of Sheridan's "Borstal Boy" (which opened in New York last week) lie in its marvelous eye for landscape and setting, and that as drama it feels forced and highly conventional.

Although the setting and specifics are entirely different, this movie reminds me of "The Basketball Diaries," a film that became notorious for irrelevant reasons (it starred Leonardo DiCaprio early in his career; it featured a scene of homicidal fantasy that allegedly inspired the Columbine killers) but is also a failed adaptation of a writer's memoir. In both the Behan book and Jim Carroll's original "Basketball Diaries" (the story of the author's wild youth on the streets of New York), the real subject is the birth of a writer's consciousness. By its very nature that is a process of internal unfolding, a narrative of the self, damaged but resilient, opening up to the wonderful and terrible world around it.

In both books, the episodes of love and heartbreak and self-destruction and violence are essentially the kind of things that happen to everybody, if not always as dramatically. They're less important in themselves than the ways they affect the young writer and what he takes away from them. This sort of internalized change is almost impossible to convey on film. Still, one might wish that Sheridan and co-writer Nye Heron had made another choice besides rendering Behan's story virtually unrecognizable. I mean, it's been a few years since I read "Borstal Boy," but I do not recall the bisexual love triangle, the rugby match between the juvenile inmates and the local British Army lads or the drag production of "The Importance of Being Earnest."

American actor Shawn Hatosy is a handsome, towheaded devil who has an Irish-esque twinkle in his eye and does a decent job with Behan's gutter-Dublin accent. I'm all for casting against stereotype in general, but why even introduce this question by casting a Yank? Has Ireland run out of 20-year-old actors? Sheridan's movie introduces its distinctive vision of the cloistered, cold societies of 1940s Britain and Ireland in its first few moments. Looking understandably nervous -- he's got explosives taped into his underwear -- the young Behan comes off the boat from Dublin into a grim wartime England, dressed like all the other men in a gray tweed jacket and carrying a battered cardboard suitcase.

In short order his botched smuggling operation is exposed, and young Brendan is sent off to a "Borstal," or juvenile prison, where his attention is quickly divided between the warden's daughter, Liz (Eva Birthistle), and a Cockney fellow prisoner named Charlie (Danny Dyer), both of whom have crushes on him. This is a crude translation of some of the themes in Behan's book, which does in part concern a young man coming to grips with the fact that people he thinks he despises, such as "queers" or the English, turn out to be complicated individuals just as interested in laughter or booze or sunshine as he is. Even now, it's brave for an Irish film to tackle same-sex attraction as directly as this one does, but beyond that bravery Sheridan's movie has nothing particularly interesting or original to say on the subject.

This wouldn't be so bad if Sheridan and Nye's dialogue weren't full of the kind of exposition that plagues mediocre period films. "You can't stay in London during the Blitz!" says the warden (the once-studly Michael York, employed here in a thankless, nebbishy role) to his daughter. Charlie even feels it necessary to explain the concept of Cockney rhyming slang to Brendan, which I suppose could be a nice comic scene if handled more elegantly. (Indeed, this film's mix of Irish, English, Welsh and Scottish accents and dialects will pose a challenge for many American viewers.)

All that said, fans of Behan's work and of Irish movies in general will be rewarded by "Borstal Boy" despite its overly familiar set of prison-movie episodes and the unlikely tragedy that falls in the center of the film (and seems to be promptly forgotten). Sheridan has created a tangible, sensual portrait of dismal, dank stone and white-fingered cold, of an imperial civilization going threadbare at the fringes. His Borstal -- actually filmed in Ireland's County Kildare, although the setting is the north of England -- is a place where boys are hardened, not healed. If the movie had just a bit more of the real Brendan Behan's ambition and joie de vivre, we would see more clearly what a miracle it was that a man like him emerged from a place like that.