"Jurassic Park," eat your heart out

Ecological historian Tim Flannery describes the days of megafauna, when 13-ton elephants and shoulder-height armadillos clomped around among humans. 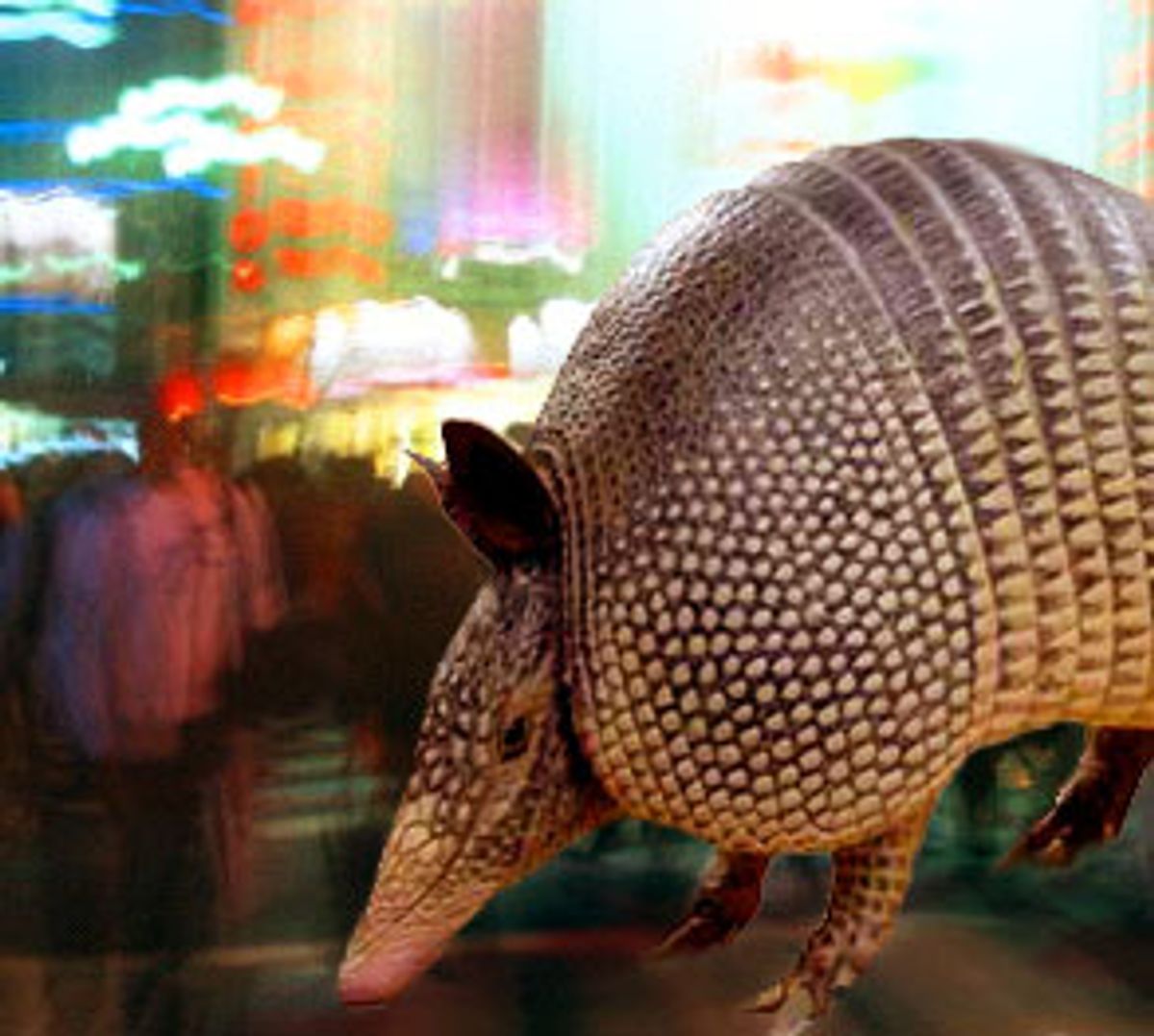 They were the monster trucks of mammals, homely Ice Age giants who weighed as much as 13 tons. While dinosaurs get all the flashy movie deals these days, the megafauna -- shaggy herbivores like the mastodon and mammoth and giant sloth -- have their own gentle-antihero star power.

These giant animals shared the planet with humans less than 20,000 years ago. And it's humans with their mammoth-steak barbecues that likely wiped them out, according to Tim Flannery, a mammalogist and paleontologist who is the director of the South Australian Museum. He is the author, most recently, of "The Eternal Frontier: An Ecological History of North America and Its Peoples," as well as the discoverer of 29 new kangaroo species. Flannery challenges the romantic notion that indigenous peoples once lived in symbiotic harmony with their prey. It seems our human ancestors did to megafauna roughly what we do now at buffets around the world: decimate it and move on.

Flannery argues that it's human hunting, or "overkill," not climate change, that killed off these mammal monsters. He spoke with Salon from his office in Adelaide, Australia, about what the megafauna's lives were like.

How did the megafauna come about?

The slate is sort of wiped clean. Animals start diversifying very rapidly because there are lots of open ecological niches. So the mammals start getting larger pretty quickly, and within half a million years you've got mammals the size of calves. And by 55 million years ago, you've got mammals as big as anything living on earth today, for example the uintatheres. They're these enormous mammals whose fossils were first found in the Unita Mountains in Utah. Four or 5 tons in body weight, they have three sets of horns on their head, with these long, dagger-like canines, even though they're herbivores.

But were they really megafauna?

Well, what we normally talk about as megafauna is really the big animals that existed in North America between about 2 million and 13,000 years ago.

There's a real global crisis in climate about 5 million years ago when things seem to get very hot and dry. The rich grasslands start shrinking. And soon after that, the earth seems to go into this paroxysm of climate change. It's warm and dry, and then temperatures start plummeting.

By the time of the Ice Age, North America has more ice on it than Antarctica has. North America above 40 degrees north, somewhere between Boston and New York, by and large was covered by this enormous ice cap, 2 miles deep at its center.

The ice sheet itself was composed of several subsheets. The biggest of them was called the Laurentide ice sheet, that covered the bulk of North America. There was enough water frozen in that ice to lower the world's sea level by 74 meters. Those conditions really only ended 15,000 years ago, and they will certainly return.

Those subtropical grasslands have disappeared at this point, and instead you've got tundralike grasslands, much less productive. Cold conditions with less productive pasture really tend to select for very large animals, because the larger an animal is, the more poor-quality food -- tundra grass, sedge or spruce -- it can ingest and survive.

There's a big advantage to being big if you've only got poor-quality food. Proportionally, you can take more in if you're bigger. You have to be pretty big to eat leaves or grass. And if you're eating very poor-quality grass, it pays to be quite big.

How big are they?

Just to give you a comparison, the largest African elephant ever weighed [in modern times] was a male, 8 tons in weight. A real giant today would be 6 tons, and they average more like 2 to 4. So 13 tons is an enormous elephant. It would probably have been eating about 22 hours a day.

Do you count giant sloths and armadillos in the megafauna category?

The definition of megafauna was put together by Paul Martin of the University of Arizona, who said that anything with a female adult body weight of more than 100 pounds and now extinct he calls megafauna. It's one of those words that's pretty recent, and it hasn't really been well-defined yet.

Did the giant sloths and armadillos evolve at the same time as the mammoths?

Why were they giant?

Again it's probably that strong selective pressure in a very cold and somewhat infertile environment. As far as we can tell, the sloths would have been about 6 or 7 tons -- bigger than the largest elephant that you're ever likely to see. Their hind feet would have been a meter long and they were 7 meters tall.

Sloths have very low metabolic requirements so they don't need a lot of food or energy to keep them going. As far as we can tell, the sloths would have eaten just about anything. Probably cardboard would have kept them going, not that there was any available then.

So, really, you can call anything over 100 pounds a megafauna, if it's extinct?

Sometimes I play games with people when they go to England and see someone riding a horse, I say, "Oh, what splendid American megafauna."

So, who killed the megafauna? What caused them to go extinct?

I'm pretty convinced that humans did it.

It seems that is the big coincidence that happens around the world. If it was climate change, you've got to explain why is it that every giant sloth between Alaska and Patagonia went extinct 13,000 years ago, except for the ones on Cuba.

Mammoths and the mastodons go extinct in North America between about 13,000 and 12,800 years ago. They seem to have held on for about 300 or 400 years longer than the rest of the megafauna. There is lots of evidence of mastodon and mammoth kill sites in North America.

What relevance does the extinction of the megafauna have to extinction that's happening now?

If you accept that humans were the cause of the extinction, which I think is the case, you see it as a part of an ongoing pattern. Now we're just knocking off the next-most vulnerable lot of organisms.