"Son of the Bride" 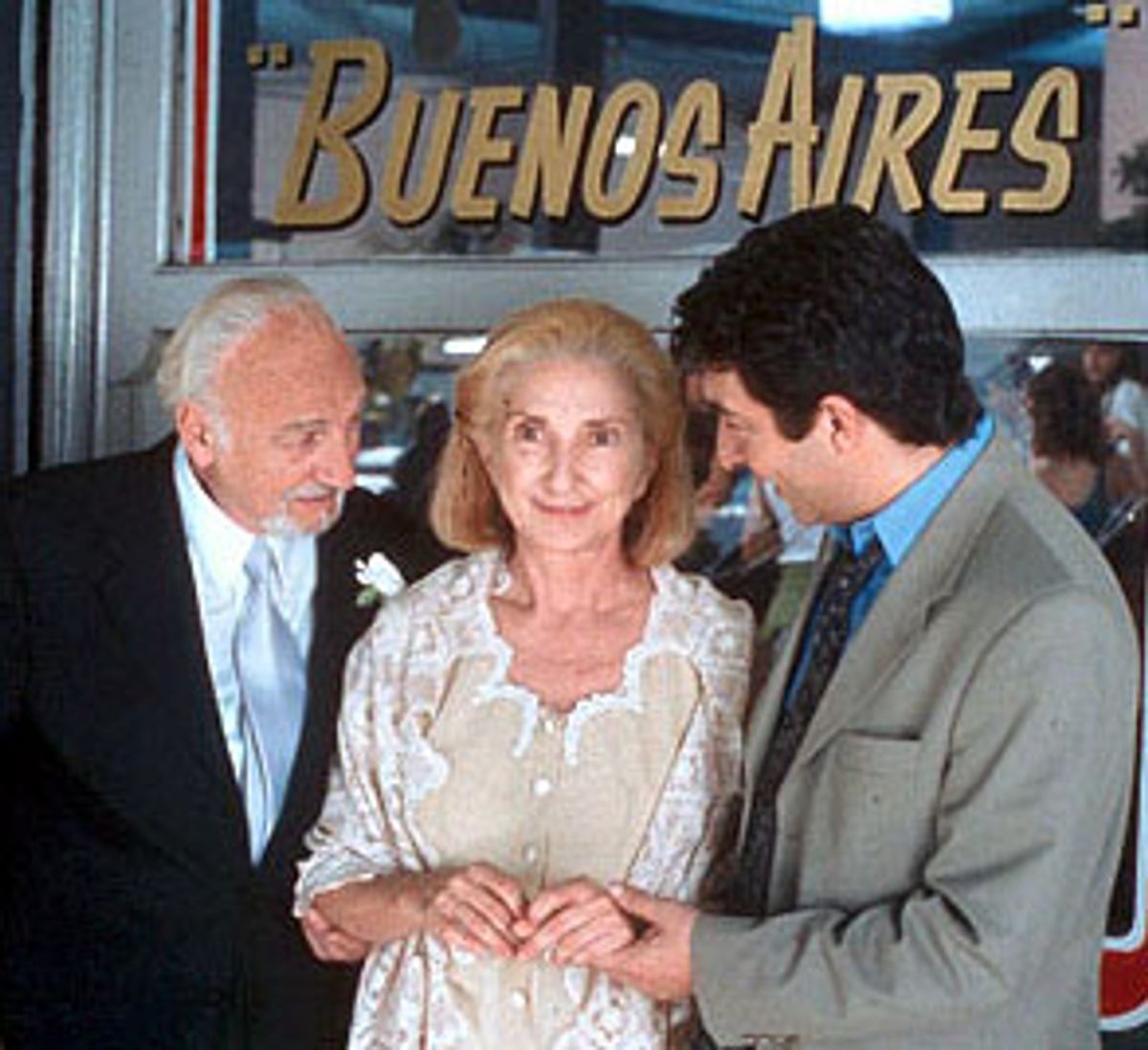 Rafael is a busy man. The restaurateur's cellphone rings all day. He needs wine. The tiramisu is no good. He blows off his daughter. His girlfriend needs attention. And now some company is trying to buy his family's restaurant. Rafael, at age 42, does exactly what anyone would do in his situation: He spends all day answering the phone, smokes incessantly and stares at the television until 5 o'clock in the morning.

It's no surprise when Rafael's heart fails him. And it makes sense that two weeks in a hospital bed allow him to come to a pretty simple solution: "Drop the fuck out."

Argentinean director Juan José Campanella's "Son of the Bride" is about a lot of things, but at its core it's about a man's midlife crisis. A witty script, a fleet camera and a pitch-perfect cast keep the movie from being dragged under by the selfishness of its central character. Rafael (Ricardo Darín) has problems that a lot of people would like to have. He owns a popular restaurant, lives in a drop-dead modernist apartment and sleeps with a beautiful young girlfriend. You want to know what the hell he's complaining about.

Campanella has answers. For starters, Rafael's mother (Norma Aleandro) has Alzheimer's. She went into a hospital before he ever got the chance to redeem himself for disappointing her. His father (Héctor Alterio), who started the family restaurant, has since retired. Now his only desire is to remarry his wife in the Catholic Church, a gesture she probably won't even understand. Rafael's girlfriend Nati (Natalia Verbeke) is ready for a commitment -- something he hasn't been able to muster since he broke up with his wife (who now has her own lunky boyfriend). And to stir all of this, Juan Carlos (Eduardo Blanco), a childhood friend, has reappeared and jumped right into Rafael's life.

Up to this point, Rafael's problem hasn't been that he can't act responsibly or make decisions, but rather that he makes the wrong decisions and runs with them way too long. It's a condition that, not coincidentally, also pretty much sums up contemporary Argentina, which tried to swallow the global economy's neoliberal medicine and almost poisoned itself. As Rafael pithily puts it: "This crisis? It's always a crisis."

"Son of the Bride" is one of the five Academy Award nominees for best foreign film, and while it's not as fantastical as "Amélie" or as brutish as "No Man's Land," it has something that neither of those movies have: a sort of measured everyday realism. The characters here dream small dreams.

One of the best things about the film is that it lives in Buenos Aires. It's not the kind of hermetic suburbia you find in American indie films, nor some idealized Manhattan. Here, in a country that tried to solve corruption with multinational privatization, a corporate chain wants to buy the family restaurant and a cop is still willing to take a bribe. Other times Campanella simply winks: Because Buenos Aires employs more psychoanalysts per capita than any other city in the world, Rafael's ex-wife mentions her years of therapy. And because porteños (as residents of Argentina's capital call themselves) often identify as Spanish or Italian, even if they're third- or fourth-generation immigrants, Rafael's girlfriend talks of "going back" to Spain.

As "Son of the Bride" heads toward its sweet, sentimental resolution, Campanella makes sure to undercut the sap. "Where will we go on our honeymoon?" the old man lovingly asks his wife. "To hell," she responds.

By the end, this crisply agreeable picture has made several points. One, I suppose, is that there are different levels of reconciliation, in troubled families and beleaguered businesses as well as in nations beset by permanent crisis. A more important one, perhaps, is that there's a difference between dropping out and running away.