A rough, weatherbeaten Dennis Quaid salvages a sentimental story about playing baseball and believing in dreams. 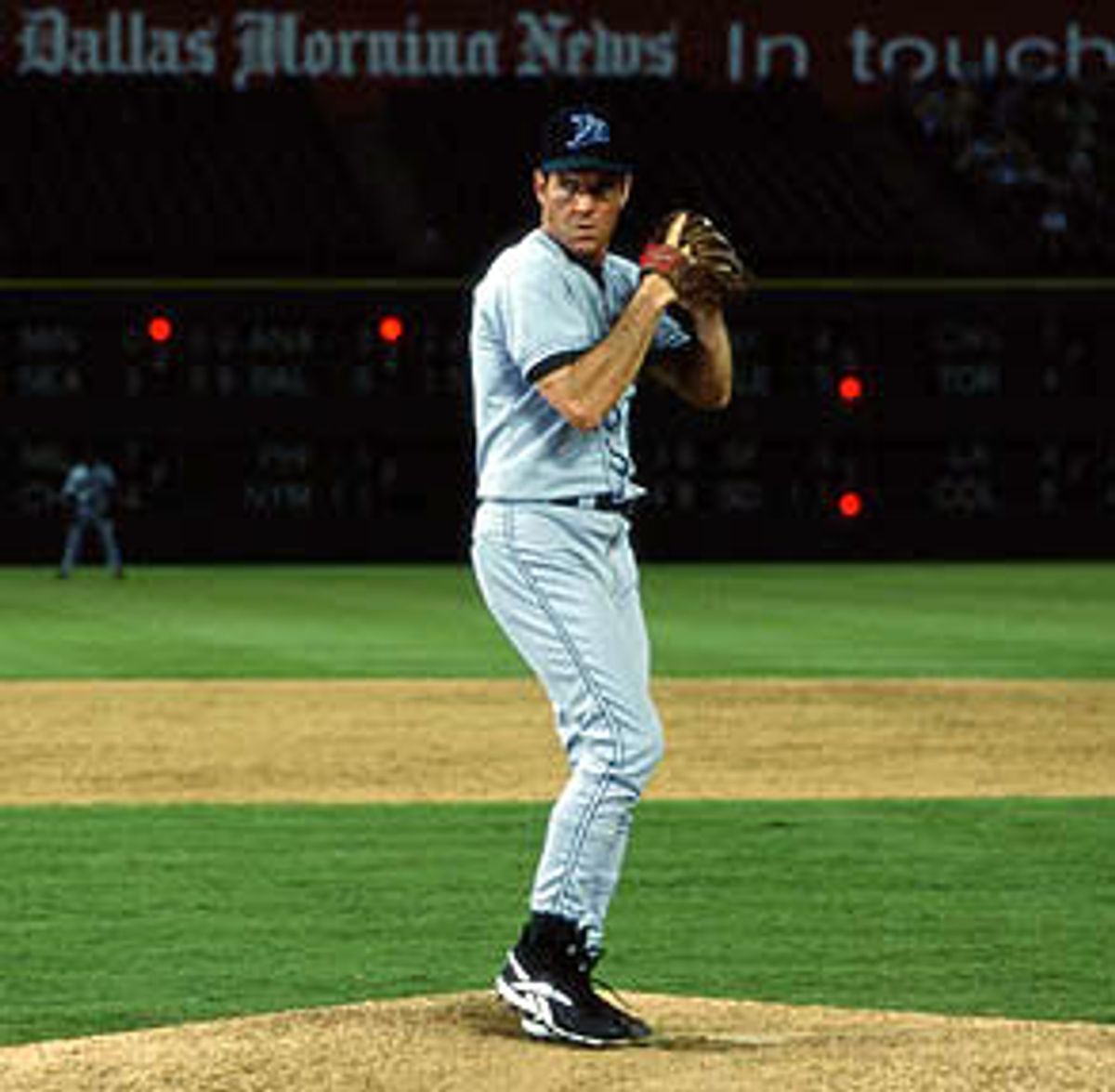 If Dennis Quaid comes to your house selling swampland, hide the checkbook. Director John Lee Hancock doesn't so much shape "The Rookie" as pop it neatly out of a Jell-o mold -- it's all a-jiggle with preformed, rubbery motifs that include (but aren't limited to) the redeeming power of baseball, the importance of following your dreams and the cathartic joy that reconciling with an estranged parent can bring. It's the kind of movie that threatens you with its '30s-baked homespun wisdom ("There's a story told in the town of Big Lake, Texas ...") in its opening voice-over.

Damned if Quaid doesn't make us buy it. "The Rookie" is based on the true story of Jim Morris, played here by Quaid, who blew out his shoulder as a promising Minor League draftee in the early '80s. He retired from baseball and settled in a small Texas town, raising a family and teaching high-school science, as well as coaching the baseball team.

In the film the kids he coaches know that despite his aborted career he's still got what it takes (he can throw a ball at up to 98 miles per hour). They make a deal with him: If they win their district championship, he has to try out for the Major Leagues. If you want the movie's last third to be a complete surprise, stop reading here. The real-life (and movie) outcome is that Morris, in his 30s, eventually played several seasons with the Tampa Bay Devil Rays, becoming the oldest rookie pitcher in 40 years.

"The Rookie" is Hancock's directorial debut (previously, he adapted "Midnight in the Garden of Good and Evil" and wrote the original screenplay for "A Perfect World") and you can sometimes see him trying to steer it out of heartwarming-to-death territory. It moves along pokily, especially at first, but you at least get the feeling Hancock is trying to allow us time to appreciate the oddly beautiful dried-out colors of Morris' corner of Texas, shot by John Schwartzman. The music is by Carter Burwell, best known for his work with the Coen brothers (including the marvelous soundtrack for "O Brother, Where Art Thou?"), and in places it drives the story along nicely: It gets a jolt of life, to the tune of Elvis Presley's "Run On," when Jim suddenly gets inspired to throw a few fastballs at a team practice, sending one after another whizzing into the catcher's mitt with a mighty, satisfying crack.

But elsewhere, it's as if Burwell and Hancock don't trust their instincts, or, more crucially, don't trust their audience to get the movie's antique messages on their own. Jim's most triumphant moments are marked by a thick coating of goopy soundtrack music. Elvis, apparently, isn't considered joyous or momentous enough to carry the action along once things get serious.

To his credit, Hancock doesn't lavish inordinate amounts of attention on the lush, rippling grass of baseball diamonds or the squint-inducing sun smiling down on a bunch of men in tight stretch pants: In other words, he doesn't resort to cheap mythology as a shorthand for the kind of love baseball inspires in people. He's more interested in the sight of the solitary Quaid, lit by the headlights of his pickup, hurling ball after ball at an old wire fence -- they hit with a lonely clang. But Hancock, working off a script by Mike Rich ("Finding Forrester"), knows in his heart that it's his duty to make an uplifting, inspirational picture, which is probably why most of the movie has such an unflattering, shiny-penny tone.

But then, just as an athlete stretches a muscle by subjecting it to resistance, that tone gives Quaid something to work against -- sometimes that's how you get fine performances in so-so movies, even if it's not an actor's intention to subvert the material. Here, Quaid doesn't make the best of the movie's baloney; he presents it to us as a believable truth.

Quaid, who has dropped out of the movie scene for patches that have sometimes stretched far too long, is aging beautifully, although that may not be the same thing as well. He has none of the beaming, wholesome goodness of, say, Kevin Costner; his bad-boy impishness hasn't disappeared, but now it comes across as a weatherbeaten glow that's survived against all odds, not as an actor's trick to ensure that he remains an eternal heartthrob.

But if there's a new roughness to Quaid's face, there's a new openness as well, as if the irresistible gunslinging arrogance of his Gordo Cooper in "The Right Stuff" had rubbed up against more than its share of doubts and insecurities over the years. Quaid reveals layers of feeling that he might not have been able to show us 15 years ago. His Jim is a devoted father of three, and while his oldest is an adorable 8-year-old who loves baseball and beams like a firefly through the whole movie, his youngest is a fussy blond baby doll who's rarely seen without teary, red-rimmed eyes. She's almost a running joke in the movie; her parents adore her, of course, but they don't for a minute try to fool themselves that she's easy, and Quaid plays the role more like a real dad than a moviefied one. When she pokes her fingers at his mouth, he playfully snaps at them, but you catch a mischievous crocodile gleam in his eye, an acknowledgment that she sometimes sorely tries his patience.

Quaid's job here is to play a man who is happy enough raising a family in a small town but who nonetheless harbors a dream. The idea is sentimental, but Quaid dries all the sappiness out of it. There's something in his face that suggests both contentment and restlessness, but even more important, the sense that it's perfectly natural (and understandable) for the two to coexist in all of us. That's what makes his moments of joy -- the swollen music on the soundtrack notwithstanding -- seem pure and wholly believable. When his wife (played with perfunctory can-do spunkiness by Rachel Griffiths) shows up at his first Major League game and reaches down from the stands to greet him, he stretches up eagerly to reach her. He's been away for three months, toiling in the minors, and the look on his face is a mixture of relief and joy at seeing her. But more significantly, he shows sudden amazement at how far he's come -- as if it hadn't occurred to him until precisely that moment he saw her face. If you want to see how an actor plays a married man, it's Quaid in that moment. Any serviceable actor can look at a woman and show devotion and loyalty. It takes a terrific one to show a sense of surprise at who he has become.