"The Voice of the Poet: Adrienne Rich"

Hear Rich read a group of poems called "What Kind of Times Are These," available on the latest release of the Voice of the Poet series edited by J.D. McClatchy. 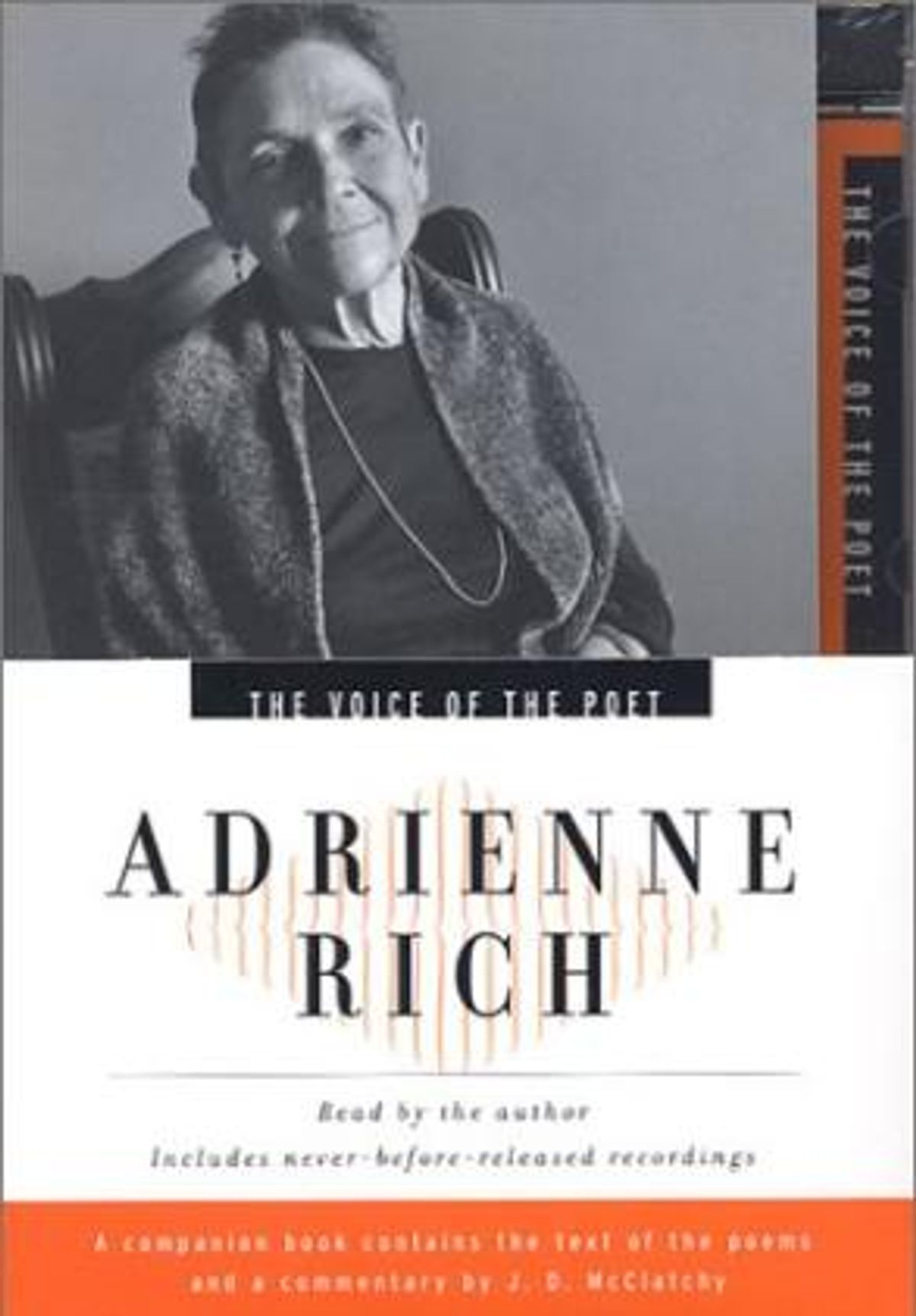 Adrienne Rich is a poet of rare power and commitment. Born in 1929, she was still a student at Radcliffe when W.H. Auden chose her first book of poems for the Yale Younger Poets series in 1951.

Over the next two decades her ambitions deepened as she shaped her poems into instruments of analysis and discovery. Her involvement in the political movements of the late 1960s eventually led her to radical feminism.

Whether writing about the fate of women in history or the drama of women loving women, she sees in her poems both the means of change and the "dream of a common language." She has published 17 volumes of poetry, each of them driven, as she has said, by "a belief in art, not as a commodity, not as a luxury, not as a suspect activity, but as a precious resource to be made available to all."

Here she reads a group of six poems titled "What Kind of Times Are These," recorded in 1995 for her book "Dark Fields of the Republic."

The Voice of the Poet series is edited by J.D. McClatchy, and the excerpts appear courtesy of Random House Audio.