On FX's "The Shield," a squinting sheriff with a loyal posse dispenses vigilante justice to the lawless and the overly tan: It's a cop show George Bush could love. 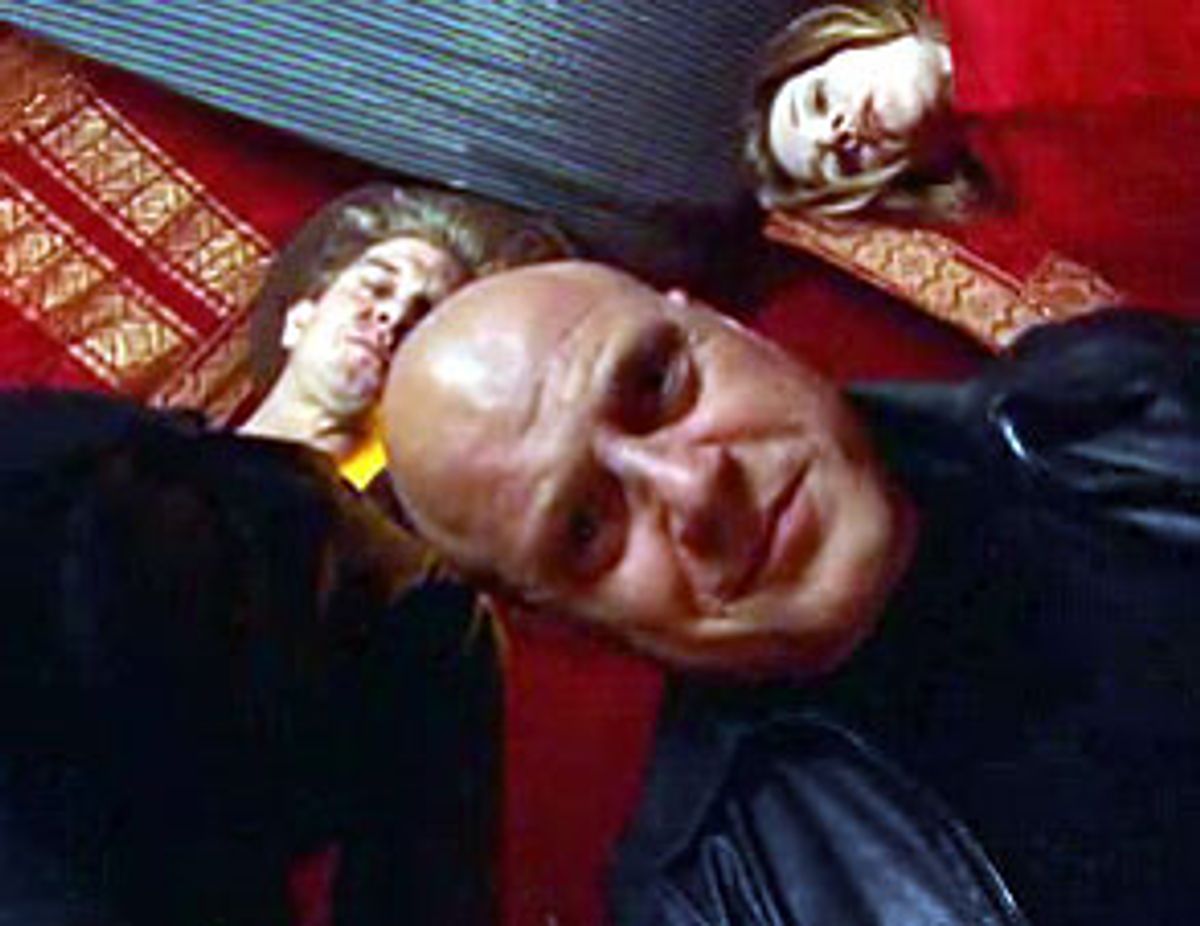 When, in the pilot episode of FX's new dramatic series "The Shield," Detective Holland "Dutch" Wagenbach (Jay Karnes), a classic teacher's-pet type, gets taken off yet another case thanks to Detective Vic Mackey (Michael Chiklis), a classic too-cool-for-school type, he sniffs resentfully to a colleague, "Tell him that this is Los Angeles, not the Wild West." To which we are probably meant to reply, "Sure looks like the Wild West to me, Hoss." You see, gentle viewer, Wagenbach is a big, stiff, by-the-book weenie, whereas Mackey is a swaggering, smirking cowboy with squinting, steely eyes, who leaps off balconies to save babies from the arms of deranged crack addicts.

Mackey heads an LAPD "elite strike team unit" that operates, in the familiar parlance of rogue cop dramas, under its own set of rules. Kind to hookers and children but resentful of new precinct chief David Aceveda (Benito Martinez), who insists that he follow routine police procedure (and refrain, for example, from torturing a drug dealer with a pair of pliers), he is the outlaw left hand of the otherwise not-so-long arm of the law.

Mackey is a lot of things, but underling is not one of them. He is the kind of law-enforcement guy who cuts deals with drug dealers, giving them lucrative territorial monopolies in exchange for guarantees of reduced street violence. A self-styled Robin of the 'hood who shakes down the gangsters to give to the hookers, an inner-city nation builder for whom the ends always justify the means, Mackey invariably gets his guy. So, he also shot Terry Crowley, a neophyte member of his own team, point-blank in the face during a drug raid. So, Crowley was a stoolie recruited by Aceveda to take Mackey down. It takes a dirty cop to fight a dirty war, and the fictional Farmington district of Los Angeles is, by all appearances, filthy.

But look how Mackey evades accusations of malfeasance with a well-timed josh! How his eyes twinkle when he lies to his boss! And he squints like a champ! Can you resist his boyish charm? The thing you gotta understand about Mackey, see (like other members of his LAPD team, he seems to have acquired an inexplicable Brooklyn wiseguy accent), is that his real enemies are not the small-time local thugs he fondly slaps around with impunity. In fact, his relationships with these characters generally call to mind the collegial rapport between Sam Sheepdog and Ralph Wolf in the old Warner Bros. cartoons -- they exchange pleasantries, punch the clock and go about their respective crime and crime-fighting business until the work-whistle blows and they can go home.

No, his real enemies are the stuffed-suit bureaucrats who threaten his hegemony on the streets with their red tape, ethical straitjacketing and wimpy consensus-building. Mackey may be a dirty cop, but he's a reluctant dirty cop. And, gee, his district sure does seem to be inhabited by enough perverts to supply a year's worth of Internet child molester stories to the producers at "Dateline NBC." (A crack-addicted dad kills his ex-wife and sells their 7-year-old daughter to a gentle, shut-in pedophile, who gives the girl to a sadistic pedophile doctor he met online, "you know, in exchange for another girl to be named later, like the kind of trades ball teams make"; all while a hooker-slashing rapist spends his free time masturbating into jars, which he then refrigerates for posterity.) Mostly, though, the district is a godless, lawless no man's land overrun by violent, dusky, heavily accented "others" perpetrating acts of street terrorism daily. And, damn it, the little old ladies are complaining about the noise.

Mind you, Capt. Aceveda is no starry-eyed idealist. A slick, reptilian spinmeister who takes credit for his precinct's plunging crime rate and touts his successful "neighborhood outreach programs" to reporters while Mackey and his team chase down a drug dealer, pull down his pants and relieve his scrotum of a "third nad" full of heroin, Aceveda is a "test-taker" lacking in sufficient street cred to get any sympathy on a cop show. He also has political aspirations of a kind that would be helped along nicely if he managed to get a "dirty cop" like Mackey behind bars. But first, he has to prove that Mackey is a dirty cop. And Mackey, it turns out, has friends in all the right places, the internal affairs unit assigned to investigate Crowley's death included. With buddies like these, sovereignty is his.

Meanwhile, back at the precinct, egos keep clashing. The dorky yet cocky Wagenbach, while more sympathetic than Aceveda, fails to earn the respect of Mackey and his boys thanks to an unfortunate penchant for finding the "classic textbook case" in every case. (It should be said that Wagenbach also gets the better lines; Aceveda is often reduced to such plot-fast-forward zingers as, "Any leads?") Wagenbach is a master of subtle psychological subterfuge with a gift for coaxing confessions from criminals, but his get-inside-their-heads tactics only seem to work on the dumb suspects. Plus -- and this humbles him to no end -- it just doesn't pack the punch of Mackey's box-cutter, Zippo-lighter and big-blunt-phonebook approach to police interrogation.

Less disposed to whipping out their expertise and thumping it on the table are the show's two lead female characters, Detective Claudette Wyms (CCH Pounder) and Officer Danielle "Danny" Sofer (Catherine Bent). Wyms is the smart one who knows how to play both sides of the fence. She knows when to turn to Mackey and when to humor Aceveda. Sofer is the quiet, wounded one who has slept with the married Mackey in the past, and is now being courted by the recently divorced Wagenbach. She stoically endures fellatio jokes at the expense of murder victims' grieving relatives. It's not that she wants to take her gun along on a blind date, it's that she can't help it. It's a dangerous world.

This, of course, is convenient for a Teflon crusader and expert dog-wagger like Mackey, whose moral compass seems to be stuck on his way or the highway. A rogue sheriff with a loyal posse dispensing his own brand of vigilante justice to the lawless and the godless and the overly tan; a Murdoch Machiavelli with a Bruce Willis grin and a glint in his fishy eye, Mackey approaches his job with a sort of paternalistic unilateralism that is starting to look familiar. It already looks like the biggest hit the dead zone of basic cable has yet produced. If Mackey keeps it up, he may also turn out to be the Bush administration's iconic missile-riding cowboy. For that reason, if no other, the timing of "The Shield" couldn't have been better.