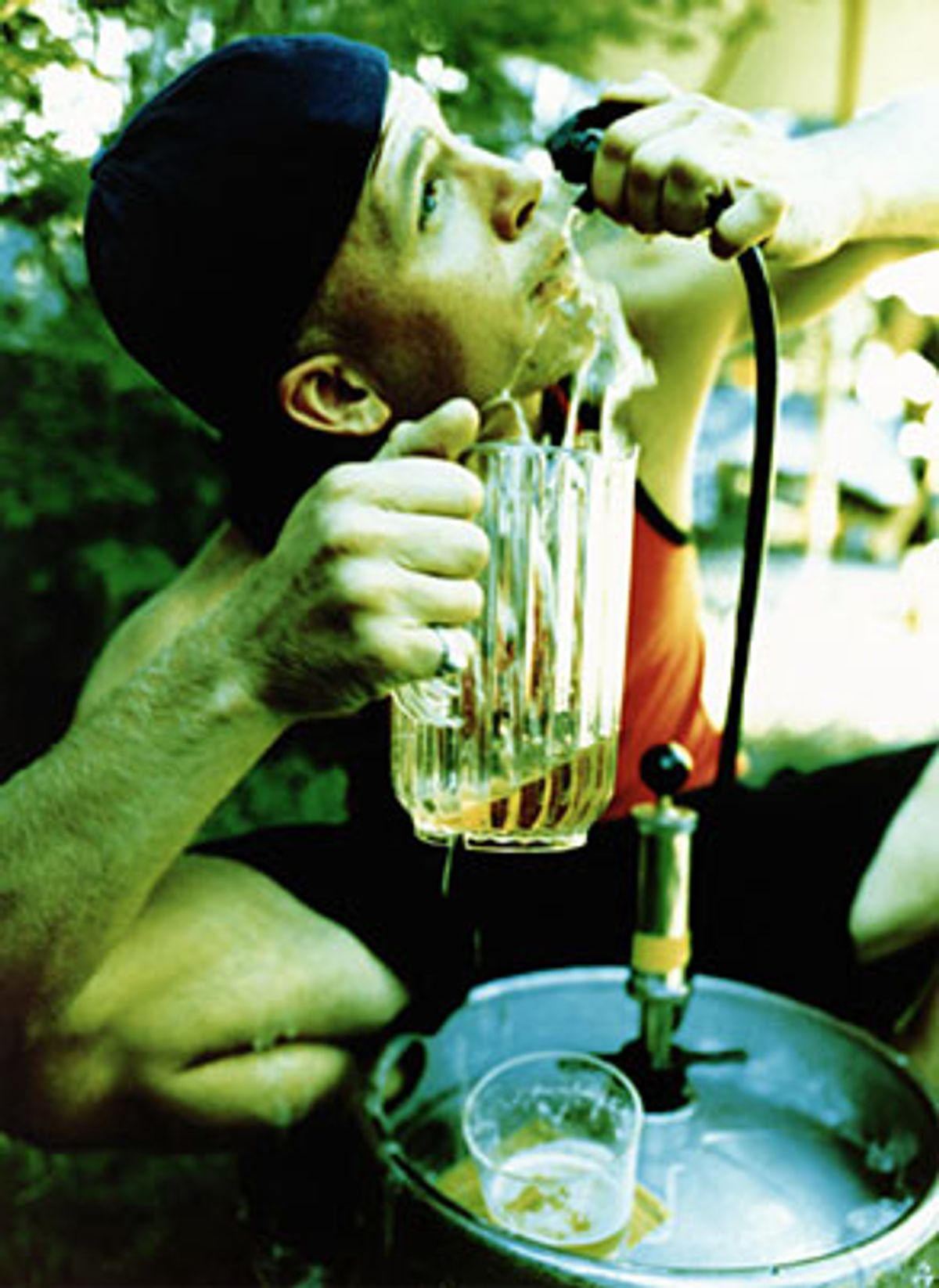 The study on college drinking released this week by the National Institute of Health's National Institute on Alcohol Abuse and Alcoholism (NIAAA) is a killer. More specifically, it is about killers. And rapists and bullies. It is about kids who binge on alcohol -- the 44 percent who drink 70 percent of all alcohol consumed by students -- and the people they become when they are drunk.

According to the report, entitled "A Call to Action: Changing the Culture of Drinking at U.S. Colleges," four college students die in accidents related to alcohol each day; more than 1,000 sustain injuries tied to alcohol use; and approximately 192 are sexually assaulted, or raped -- usually by dates -- after drinking. Included in the study was the observation that "students who drink the most include: First-year students (during the first weeks of arrival), Males, Whites, Members of fraternities and sororities, [and] athletes."

This comes as no surprise to me. Nor does the revelation that most college students drink moderately or not at all. In my experience as a student at an Ivy League university, the horror of binge drinking as well as the civility of moderate tippling were familiar -- and accepted with little fear or fanfare.

During my Freshman Week, a time, according to the NIAAA study, when students typically gorge on drink, a fellow student told me that she had passed out after drinking enormous amounts of beer and had been raped by a group of drunk athletes.

Meanwhile, at the very same college, despite a state drinking age of 21, we went to "sherries" on Friday nights before dinner. There we would sip a couple of thimblefuls of sherry with classmates and professors, practicing, as tradition allowed, the art of civilized drinking and socializing. This is where many of us learned how to drink -- with food and moderately. Other students' experiences were very different -- one house hosted 100-plus guests for beer at their "sherries," and the kids used them as springboards for the weekend buzz. But lines were drawn, and most of us -- then and now -- shunned the toga and attendant brutality.

This week's report was meant to sound the alarm on college binge drinking, and there is little doubt that schools that have not adopted a zero-tolerance policy will be inspired to join the crowd. It is the beginning of a solution, but not the answer. Campus bans on alcohol control some damage due to drinking, but they also drive it underground. According to a study by Henry Wechsler, director of the Harvard School of Public Health College Alcohol Studies Program, "among drinkers, students at ban schools engaged in as much extreme drinking as drinkers at schools that do not ban alcohol, and experienced the same rate of alcohol-related problems."

Wechsler has studied college alcohol use for the past three decades; his national studies, published in 1993, 1997, 1999 and 2001, formed the background for the NIAAA study. He agreed to elaborate on his findings, and those of his NIAAA colleagues, in an interview from his office at Harvard's School of Public Health.

Are college students drinking more today than they have in the past?

Has college drinking changed qualitatively, too?

Today, drunkenness is more of a goal. What I define as "frequent extreme drinkers" are up. Those who were drunk more than three times in the past month went up 25.6 percent between 1993 and 2001, and those who "drink to get drunk" are up by 21 percent in the same period.

Moreover, the weekend has extended. At many schools, the partying goes Thursday to Sunday, even Wednesday to Sunday at some schools. Bars sponsor "All You Can Drink for $5" evenings, where students buy a cup and get refills at will.

The cheap, large supply of alcohol expands the amount consumed.

Do you know why they are compelled to drink so much?

Why they're drinking, God alone knows. They're in a wet environment where college traditions, peer pressures and cheap alcohol combine to motivate them to drink. When you ask them why they drink, they respond: "To get drunk."

Are campus bans on alcohol effective?

Campus bans on alcohol curtail the culture of drunkenness by reducing binge drinking by 30 percent, reducing the rates of drinking overall and reducing secondhand dangers from drinking. Schools that ban alcohol have safer environments.

However, we also found that those who drink do just as much extreme drinking and have the same problems that those at nonban schools have. We haven't found a solution to keeping people who drink from becoming heavy drinkers. There is a core group of college drinkers whose indulgence will be extreme, with or without the school ban.

So the classic "Animal House" stereotype of the football player/frat boy is alive and well?

Unfortunately for them, yes. And they've been joined by college women, 20 percent of whom are frequent binge drinkers. It is paradoxical that athletes, especially male athletes, despite incentives during playing season not to binge drink, do so more.

You say that women's addition to the drinking culture has brought percentages up overall. Are there consequences particular to women?

Of the 2,300,000 women in American colleges, 20 percent are frequent binge drinkers, and 8.9 percent of those women report having experienced nonconsensual sex because they were too impaired to give consent. That's 42,000 women who don't get to say no.

What about the rest of the college population, including the nonbingers?

Dr. [Ralph] Hingson [the NIAAA study's chief researcher] has found that overall, 100,000 college students report having been too intoxicated to know if they consented to having sex.

The "sherries" at my professors' homes seemed like good object lessons in drinking responsibly when I was a student. Now a thing of the past. Do you think they're a loss?

We had "sherries" in my day, too, and I think it's a shame that drinking on campus has to be either "heavy or none." But if I have to choose, I'll choose the safer option. Campuses are so filled with alcohol, administrators can't add to that.

What other measures can colleges undertake to control drinking?

Students who lived in substance-free housing experience less drug use due to self-selection for that housing, a decrease in peer pressure and a decrease in availability. The same holds true for alcohol-free housing -- residents were three-fifths less likely to do heavy episodic drinking, though again, those who drank did so heavily. They find a way.

The protective effect of alcohol-free housing is greatest for those who didn't binge in high school. In fact, overall, I've seen a correlation between high school binge drinkers (30 percent) and those who binge drink in college (44 percent).

You've conducted studies on student self-assessment of their drinking. What did you find?

The more people drink, the higher they set the bar. Frequent binge drinkers defined a problem at 10 drinks in a row. Nondrinkers said that five in a row was a problem. I use the five/four measure [five drinks for men, four for women] because that's the point at which drinkers encounter educational problems, antisocial behavior, injury, vandalism, police involvement, overdose, high-risk sexual behavior and other high-risk activity such as drunk driving, which as the NIAAA and Dr. Hingson's report states, is done by 2.1 million college students a year. That's a big problem, for everybody.