A pie in the face of the Catholic hierarchy

As a woman, I feel marginalized by the church. But a bake-sale revolt led by elderly church ladies near Chicago has given me hope. 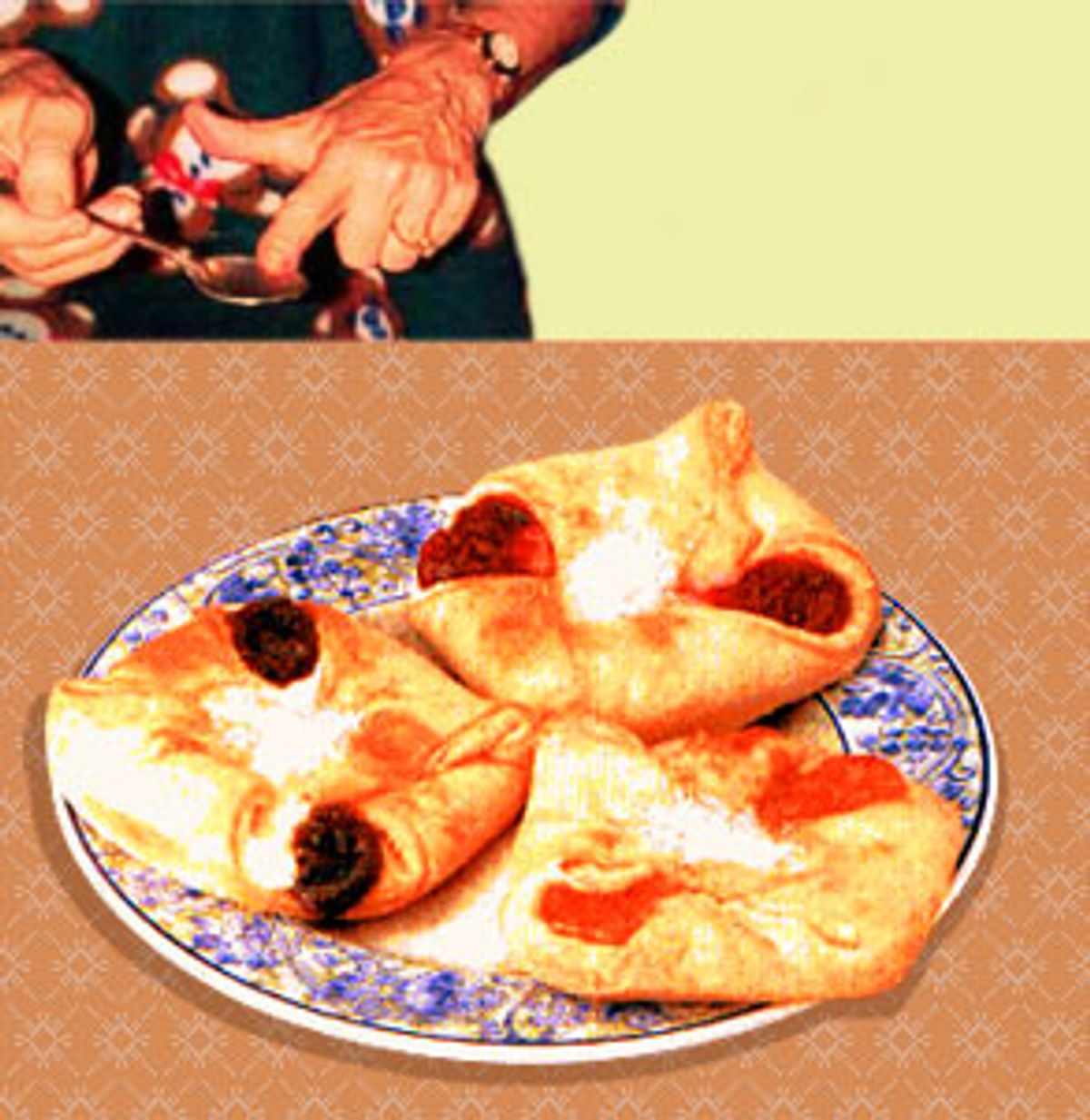 Being a woman in the Catholic Church can be an exercise in frustration. In fact, one could argue that the role of women in the church hasn't expanded, in any real sense, for 30 years. God is spoken of -- almost always -- in male terms. Nearly all decision-making power rests in the hands of men. As a laywoman, I am allowed to give Communion at Mass, an opportunity afforded my mother after Vatican II. But at least once each time I serve as a Eucharistic minister, I find myself standing frozen with the Host in my fingers as my fellow parishioners bypass me to take Communion from the priest. My mind races as I stand there. Is my skirt too short? Are my heels too high? The Body of Christ, I think. Can't give it away.

Most likely, some view my presence as a threat to the primacy of the male clergy. Too many laypeople still regard priests as better than the rest of us, treating them to a veneration that borders on idolatry. In such a culture of priest-worship, it should come as no surprise that over the years parents have eagerly given Catholic priests unsupervised, sometimes tragic access to their children. Some priests buy into the adulation and lead their flocks more like despots than good shepherds. Is it any wonder the unscrupulous among them have felt entitled to take whatever they wanted, even the innocence of a child?

As an American woman in her 30s, I have always felt equal to men in the workplace and at home. Only at church do I feel an injustice and powerlessness that I encounter in no other area of my life. Only at church am I marginalized. It's simple: Priests are men. Therefore, men run things in the church. When an associate pastor spoke vehemently one Sunday several years ago, in a sort of "my church love it or leave it" homily, about why women could never be priests in the Catholic Church, I could only sit and seethe.

Go ahead, I thought, tell my daughters one more time why they're not good enough. "He's mistaken," I told them later. "Sexism is a sin, just like racism. I think by the time you're grown-ups, women will be priests. That's what I'm praying for."

My prayers have not yet been answered. But recently, in a group of elderly church ladies from St. Stephen's Church in Streator, Ill., near Chicago, I saw a sign. The women, like their mothers before them, have for years contributed to the church budget through bake sales of their ethnic pastries. How lucrative can a few bake sales be? According to a story in the Chicago Tribune about the Slovak Bakers, an estimated $50,000 a year in a parish that yearly brings in less than half a million dollars in donations.

Angered that their beloved, aging pastor is being replaced by an associate pastor whom some parishioners accuse of being "an arrogant egomaniac," the Bakers have gone on strike. Others in the parish have followed suit, withholding weekly contributions and tuition to the church school in protest. The weekly collection has reportedly dwindled to half its former size. Nonetheless, the complaints of the members of St. Stephen's parish about the new priest, who they say is also forcing out two prominent nuns of the parish, have so far met with a predictable admonition from the bishop's office: "Obey your priest."

But these women, and the parishioners who support them, are flatly refusing to shut up and cooperate in the face of what they perceive as a grave injustice. They challenge the authority of a church that dismisses the opinions of laypeople who have spent their lives building the parish in favor of a priest many consider ill-suited to lead them.

"It's not his house. It's not his rectory," the Bakers' unofficial leader, 66-year-old Francie Higdon, is quoted as saying. "My mother and father worked their butts off to build that place."

The phenomenon of parishioners withholding donations in protest is nothing new. The Catholic activist organization Call to Action offers disgruntled Catholics packets with detailed guidelines for using "financial withholding" to effect change in their home churches.

But this story is deliciously different. These women are our mothers and grandmothers, women who came of age wearing mantillas to Mass, women who have generally served their parishes in traditionally accepted, humble ways: by laundering altar linens, cleaning the church, holding bake sales. Using what power they have, they are asserting themselves against a male hierarchy that all too often seeks to demean them and devalue their contribution.

I remain Catholic, very simply because I believe that beneath the misguided theology, misogyny and paternalism, there is truth. I assume that is why the Slovak Bakers would rather fight than leave the church. I believe Jesus brought a message of inclusion and liberation, a message that both invites and legitimizes me. I offer my talents and do what I can to help, even when the so-called liberal men of the parish have looked to me for the hundredth time to provide refreshments for our theology discussion group without even thinking to reciprocate.

Besides, many of the areas of church life traditionally left to women seem to me the most richly imbued with the spirit of Christianity. What would Jesus do? Join the finance committee to debate the half-million-dollar organ renovation, or roll up his sleeves and make a casserole to comfort grieving friends and family at a funeral dinner? The Bible reading that talks about the various parts of the body being equally valuable -- I actually bought that one. This is my church, too, and I'm not going anywhere.

Still, the fact that Catholic women of today can make valuable contributions doesn't preclude the need for real change. This is something that the Slovak Bakers understand. It's unnatural to exclude half of the community from full participation. Is there any more telling example than that of pedophiles being allowed to continue abusing in parish after parish while the male hierarchy protected them from accountability? Can any of us imagine women in power allowing such abuse to continue?

The Slovak Bakers of Streator, Ill., are my newest Catholic heroines. They've renewed my hope that one day the sin of sexism will be eradicated from the church and that change can come incrementally, one talented woman at a time.

Like the Bakers, I am confident of my value to my church. Like them, I know to whom this house belongs.

Celeste Arbogast is a freelance writer based in Danville, Ill.