Once you give up hoping that anything will really happen in Ethan Hawke's drifty, pretentious directorial debut, it's easier to settle into the mid-'70s nothingness atmosphere. 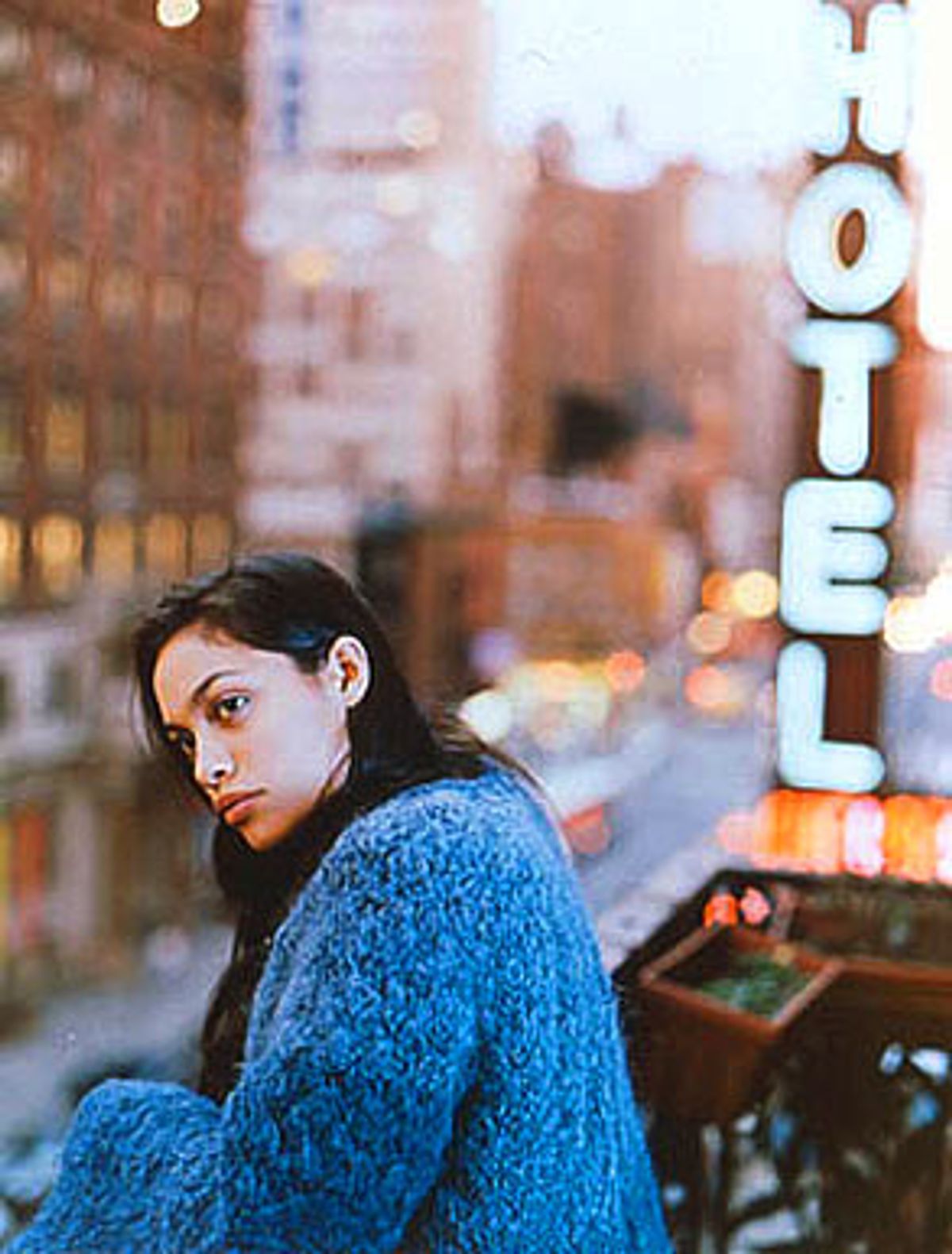 There are plenty of reasons to make fun of "Chelsea Walls," Ethan Hawke's drifty, pretentious directorial debut (I'm not counting a short film he made in 1994). But that's pretty easy and I don't exactly feel like doing it. So this is going to be a favorable or at least a tolerant review of a movie that is manifestly terrible in many ways. I'm not suggesting that you actually see it, unless you're the kind of person who has seen every Wim Wenders film of the '70s -- even "The Goalie's Anxiety at the Penalty Kick." I'm only asking you to spare a generous thought for the talented, earnest and overpaid young man who made it and for all the fine actors who contributed their talents to what must have seemed like a noble cause.

There's a weird kind of perfection in the fact that "Chelsea Walls" is now playing at a theater no more than 200 yards from the Chelsea Hotel, the legendary artists' retreat on Manhattan's West 23rd Street where it was filmed. I saw it there the other night, with perhaps two dozen other paying customers, and it was an experience not unlike the movie itself. People came and went (the gathering was measurably smaller by the time the film ended), answered their phones, had inappropriate conversations and seemed to fall asleep out of drunkenness or boredom or both.

As far as I could tell, nobody died in the theater while we were watching the movie, which might have been the biggest difference between our world and the mythic languor of Hawke's semifictional hotel filled with romantic outcasts. (On the other hand, although someone in "Chelsea Walls" gets carried out of the building in a body bag, I made it through the whole movie without gathering who it was.) What got me all the way to the end of the evening was the fact that while Hawke doesn't display any idea of how to tell a story, he really isn't trying to. "Chelsea Walls" is a sort of stoned, pseudo-musical, Charles Bukowski-esque dream state; its dialogue (by Nicole Burdette, based on her stage play) riffs around on love, booze and art without getting anywhere, and its only compelling character is the big, brooding, ugly yet glorious 19th-century pile of the hotel itself.

Indeed, Hawke's brooding visions of the Chelsea's moldering rooms and interior hallways are often quite accomplished, although, again, only if you like that sinsemilla-informed cinematography of '70s art cinema. His principal mistake may be that he believed Burdette's collection of self-dramatizing artists and losers, with their often-flowery, pseudo-philosophical yammer out of some failed Lanford Wilson play, were actually interesting. There's growly, gruff Kris Kristofferson, for example, in the Drunken Manly Writer part, banging out a masterpiece on his manual typewriter and assailing every available woman. "I'm a man," he proclaims. "One of the last goddamn men. There's only three of us left. We're all drunks."

Kristofferson is one of the more tolerable people around, too. At least hooch and women are clear, identifiable goals, and his scene with forgotten movie veteran Tuesday Weld (one of the numerous cameo appearances Hawke has wangled) is a highlight of the movie despite the awful lines they have to say. (I think he's talking to her when he says: "Answer me honestly: Have you ever poured yourself a drink and it pours over you like a waterfall of fire?") I'd take him any day over Mark Webber's vaguely feckless character, who keeps leaving his impossibly beautiful girlfriend (Rosario Dawson) for unspecified reasons and who wants to write something called "The Insufferable Hunger of the Damned." No, I'm not making that up.

Uma Thurman bumbles and stumbles her way prettily through her role as a jittery girl constantly stepped on by men; it's actually an interesting performance that made me wish "Chelsea Walls" were actually about something other than its own ambience. Kristofferson shows up to make a pass at her and asks: "Ever been drunk? Ever been drunk? Ever been in love?" Vincent D'Onofrio, doing his impression of John Malkovich playing Jackson Pollock, drops by to suggest that "maybe sometime we could have a cup of coffee and talk. About life." Uma: "Yeah, maybe. I don't know."

Robert Sean Leonard is also likable as an unassuming Minnesota rocker who has turned up in Manhattan to follow in the footsteps of ex-Minnesotan and ex-Chelsea denizen Bob Dylan. Hawke means, I think, to be respectful to the Chelsea's ghosts, which might also include Thomas Wolfe, Dylan Thomas, Brendan Behan, James Schuyler and any number of other writers and artists. Leonard Cohen's song "Chelsea Hotel #2" memorializes the blow job he allegedly received there in 1967 from Janis Joplin, and you might argue that the song, with its disarmingly jaunty chorus ("I need you/ I don't need you"), is exactly the kind of offhand, bittersweet tribute Hawke and Burdette are ponderously struggling toward and not quite reaching.

"Chelsea Walls" does become more engaging as it lurches along, perhaps because you give up hoping that anything will really happen and settle into the Nicolas Roeg-meets-David Lynch-at-the-cast-party-for-"Taxi Driver" atmosphere of mid-'70s nothingness. Some horny teenage girls show up and Leonard conducts himself like a mensch. Jazz singer Jimmy Scott performs a heartbreaking version of John Lennon's "Jealous Guy." The soundtrack by Jeff Tweedy of Wilco wanders the fields of aimless, agreeable guitar distortion. Some little kid announces that he wants to be a "Pinkerton," as if anybody born after 1940 knew that word. Thurman sits in the hall. Kristofferson drinks. I suffered the Insufferable Hunger of the Damned. Then I went home and made spaghetti.