George Hamilton is a hottie

Move over, Katie Couric, I want a date with the Tanned One for my birthday. 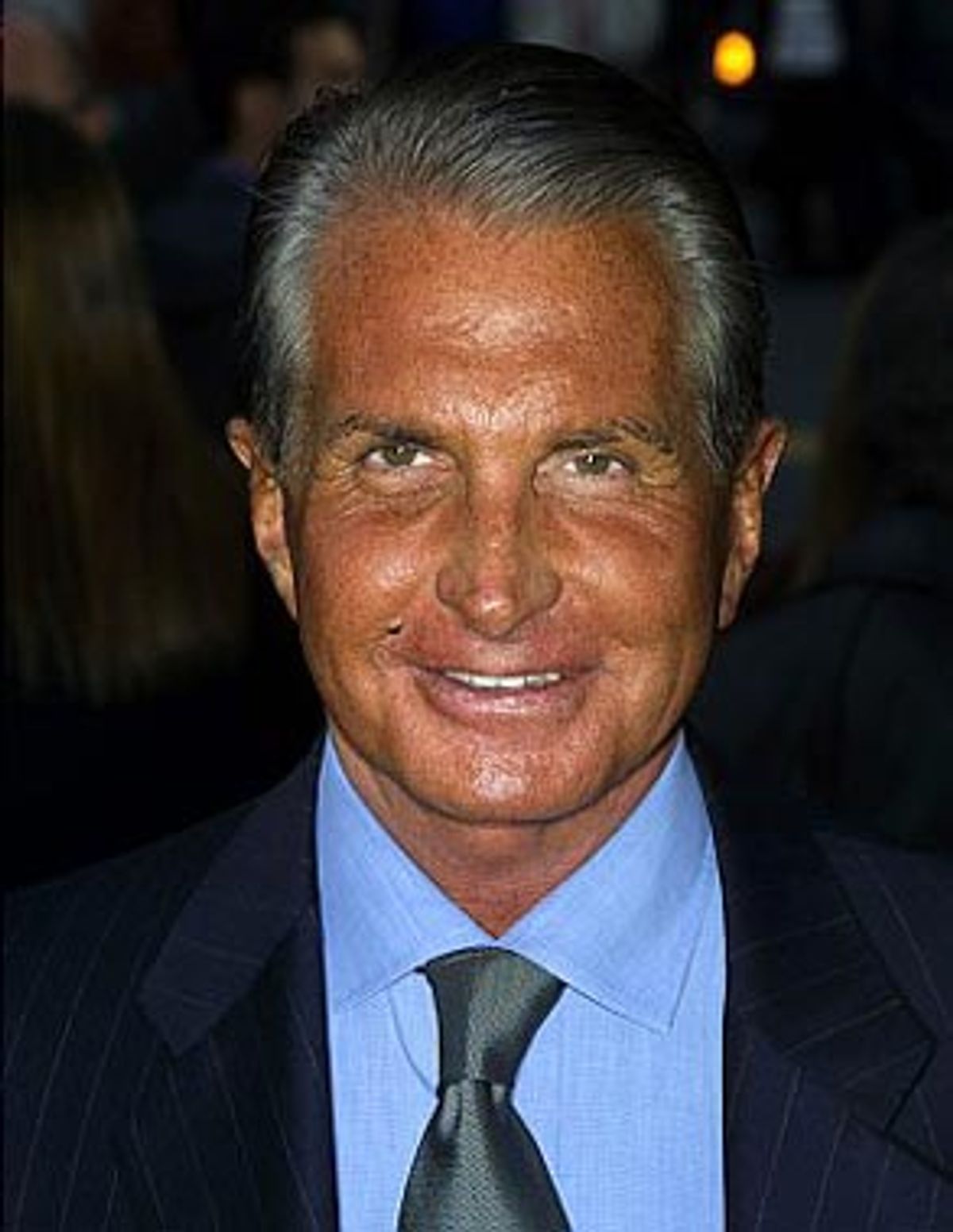 Today is my birthday and all I want is a date with George Hamilton. I think he's single. After Katie Couric told him he was a "hottie" on the "Today" show Thursday he flirted back, saying he was "desperately looking." I'm here, George, and I've adored you for decades.

I want a date with George because he's what the "Sex and the City" gals call a "gay straight man." A "GSM" is what all women need: a man who can beat someone up for you but can also talk about the difference between Donna Karan and Armani. (In George's case, he'd probably hire a guy to do the beating; I have a feeling he gets regular manicures.) But don't all gals secretly want someone who can be a girlfriend and a boyfriend?

Georgie also has excellent timing -- a nice trait in a man. He pops up in hot movies whenever we've started to ask, "Where is he?" And he seems to be in a decade-defining vehicle whenever his career needs it. He was wooing the chicks at the beach in "Where the Boys Are" in the '60s, hanging with tacky Jackie Susann in "Once is Not Enough" in the '70s, he did a campy turn in "Dracula" in 1979 and continued sipping champagne in "Dynasty" in the '80s. When we thought he had retired to polish his pinky ring, he showed up as a slick lawyer in "Godfather III" in 1990 and now the word is he upstages Woody Allen in "Hollywood Ending," which opens Friday.

In each outing, George blends fabulous fashion sense with an insouciant, self-deprecating humor that only someone who likes himself can truly pull off. In most movies it looks like he's wearing his own wardrobe. There's the casual George, in modest swimming trunks or pastel golf togs, and the more formal Hamilton in a handmade suit and shoes, French cuffs, a pocket hankie to match the silk tie and a big ring on that left pinkie that would make Frank and Dean jealous.

But for all the seeming ego, you know George loves women and would be the first man in the room to throw down that silk suit coat to protect you from a puddle. He is dear friends with his exes (always a good sign) and though he'd probably take more time getting ready to go out than I would, he would no doubt also smell better and that's OK by me. I was never convinced by the grunge lifestyle; I don't think a man's underwear should be an accessory. But a woman's underwear is another matter. I think Mr. H would probably appreciate a woman's lovely delicates and might even know where to purchase them.

Such attention to detail and flair is rare in men today, but Hamilton seems to have had both since his youth. I read in Cigar Aficionado that George could mix a mean martini when merely a teen. When he arrived, penniless, in Hollywood in the late '50s, he borrowed a Rolls to drive to auditions.

That sounds like my kind of guy. Know what would make my birthday perfect, George? Come by in the Rolls, wear your best cufflinks, polish those shoes and mix me a marvelous martini.

Love And Sex Sex Sex And The City