Give it away now

Music start-up FightCloud.com offers CDs free, but says it's making a profit. How can that be? 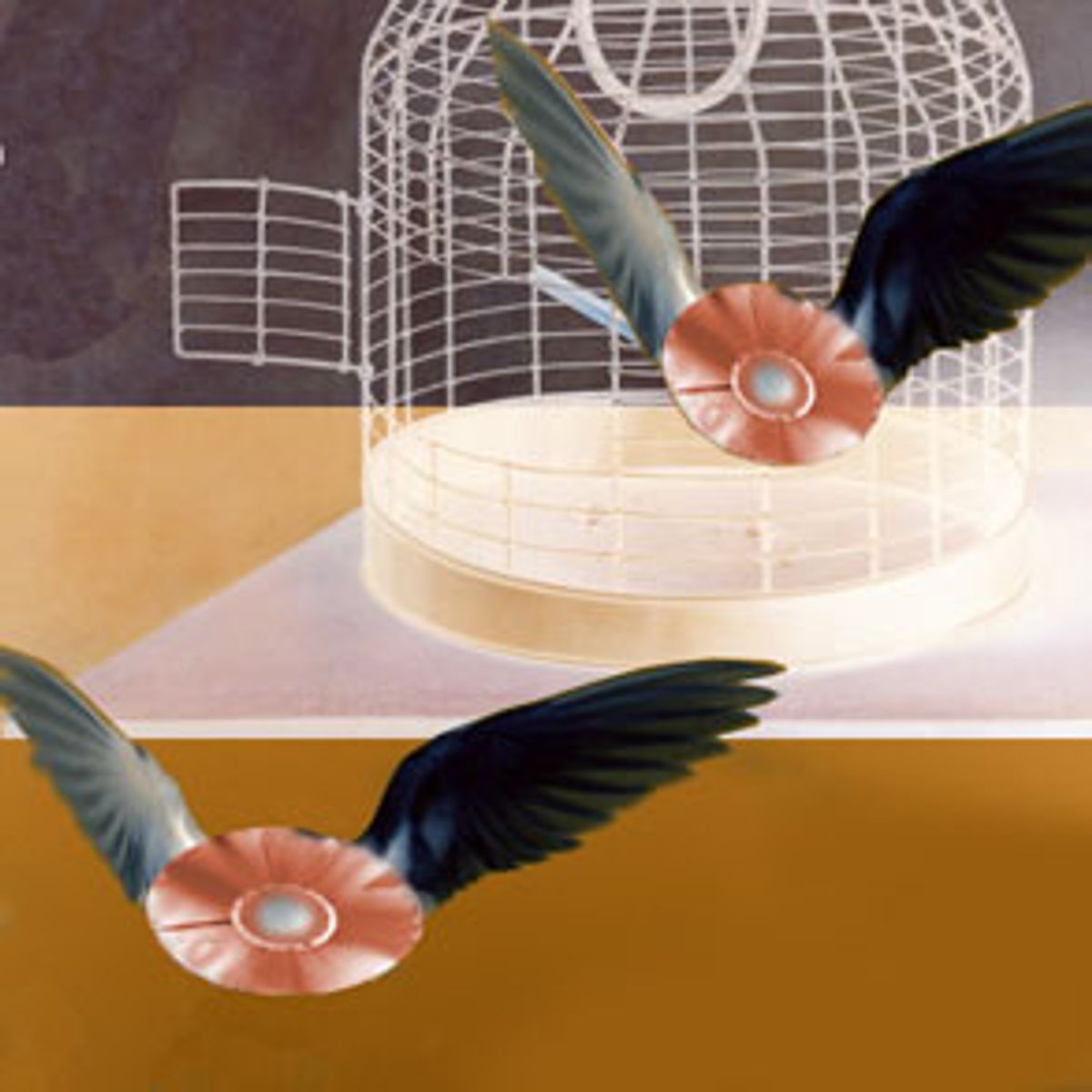 "You want to stop piracy?" asks Jack Scalfani, CEO of independent music site FightCloud.com. "Make your CDs affordable. I'm not going to spend three hours turning and burning a CD ... if it's an $8 CD. I'm going to walk across the street to Tower Records and go, 'Here's my $8, thanks for the new Madonna.' My time is worth more to me than the money, so I will put the money out if it's a good price."

At FightCloud.com, the price is right. Scalfani sells CDs for free. That is, if you don't count the $4.95 "shipping" charge. Of course, that would be a mistake. Buried in the shipping charge is the secret ingredient: a modest profit. Less costs of $2.31, the company nets $2.64 on each "free" disc, half of which goes to the artist. But with only 1,000 or so CDs shipped to date, no one's getting rich. Yet.

In 2000, the average suggested list price of a CD was $14.02, according to the Recording Industry Association of American (RIAA). The CD itself costs about 32 cents in a large production run, according to Michael Pardo, V.P. of sales for CD duplicator Greenwood Solutions. Add packaging and the price goes to 54 cents. Add the cut for a new artist, somewhere between 10 and 50 cents, and your cost nears a buck. Add $28 million to cancel your estimated $80 to $100 million contract with Mariah Carey, as EMI recently did, and adjust your costs accordingly.

Scalfani recalls how, in the early 1980s, the music industry promised to lower prices after the CD format caught on. "Everybody remembers that," he says ruefully. "The federal government said they weren't going to tax us anymore after World War II. Yeah, right. It's all just empty promises."

Yet the RIAA insists CDs are priced fairly, despite an August 2000 federal lawsuit against the five major record labels for price-fixing. Indeed, with several Web pages devoted to the topic, it must be a nagging question for the RIAA. Spokesperson Amanda Collins says, "Every CD is different" in terms of production costs. "If you compare the CD to other entertainment, it's one of the best values out there."

A good value, perhaps, but not as good as free plus shipping. True, Scalfani's artists aren't big stars, but at least he's in the black, and every CD FightCloud.com ships delivers a profit. Considering less than 10 percent of the roughly 27,000 CDs released annually make money (according to the RIAA), Scalfani's direct model might have something to it.

Thomas Claburn is a San Francisco-based writer, editor, and novelist.