HBO's "Path to War" leaves out some of the most shameful brainstorms of the Vietnam War's masterminds -- including a little-known recruitment program that turned the mentally and physically deficient into cannon fodder. 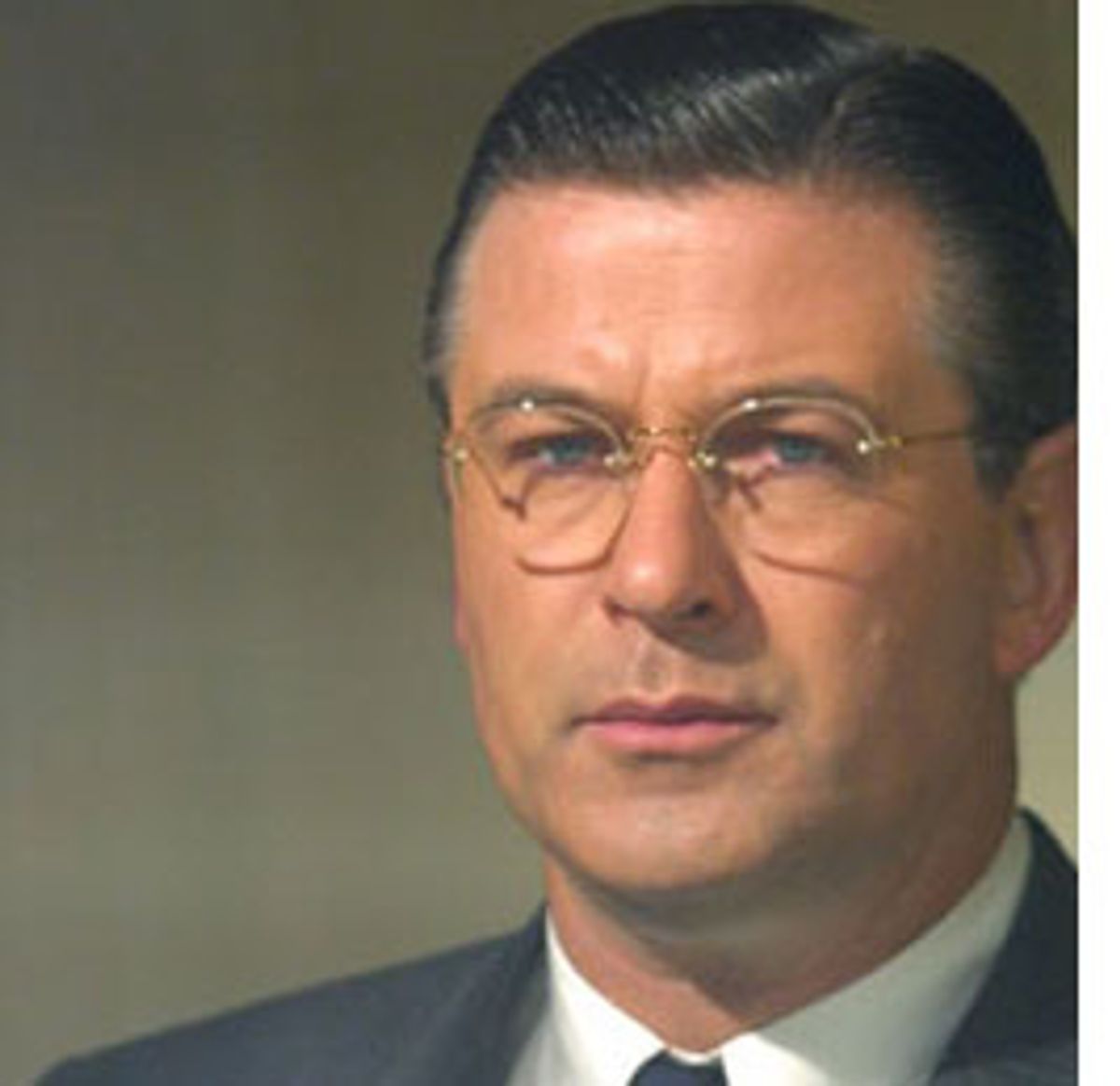 The highly acclaimed HBO movie "Path to War" powerfully details President Lyndon Johnson's descent into the disastrous quagmire of Vietnam. LBJ is depicted, in part, as a victim of his defense secretary, Robert McNamara's, intellectual arrogance and duplicity. But the film spares McNamara from the deeper moral condemnation he deserves, entirely overlooking, for instance, one of his most heinous acts as the chief architect of the war -- a cynical recruitment gambit aimed at the underclass known as "Project 100,000."

The HBO film premiered on May 18, but it continues to play in heavy rotation -- in fact, it can be seen twice on Thursday, at 4 p.m. and midnight EST -- which is why the untold story of McNamara's Vietnam years bears closer review. In the film, Alec Baldwin admirably depicts McNamara's buttoned-up style and automaton-like self-assurance. The bespectacled "Whiz Kid" was an engineer of death, known for his dispassionate litanies of bomb tonnage and civilian and troop casualties. In one scene, McNamara is shown "grading" various aspects of a planned bombing operation aimed at North Vietnam. When he is told that the number of civilians killed might be high, he says, "Give it a D."

As the months drag on, his estimates of how much punishment North Vietnam can sustain before it surrenders prove woefully wrong, but the Pentagon chief continues to urge escalation, while in private confiding to friends that the war cannot be won. One of those friends was Johnson's nemesis, Bobby Kennedy. When LBJ finally eases his defense secretary out (to become president of the World Bank), McNamara is not conscience-stricken about his management of the war; in fact, he wistfully wants to remain at the Pentagon -- despite the enormous stress his job has brought to his wife and family, which "Path to War" graphically illustrates.

"Path to War" strives hard to humanize McNamara -- there are brief views of him agonizing at the grave of President Kennedy, choking up at his farewell speech and offering a half admission at a congressional hearing that "expectations" of winning might not be realized.

But in doing this, the film overlooks the darkest aspects of his reign as a Vietnam War mastermind, including his shameful brainchild, Project 100,000. By 1966, President Johnson was fearful that calling up the reserves or abolishing student deferments would further inflame war protesters and signal all-out war. And so, even after McNamara began privately declaring the war was unwinnable, the defense secretary devised Project 100,000.

Under his direction, an alternative army was systematically recruited from the ranks of those who had previously been rejected for failing to meet the armed services' physical and mental requirements. Recruiters swept through urban ghettos and Southern rural back roads, even taking at least one youth with an I.Q. of 62. In all, 354,000 men were rolled up by Project 100,000. Touted as a Great Society program that would provide remedial education and an escape from poverty, the recruitment program offered a one-way ticket to Vietnam, where "the Moron Corps," as they were pathetically nicknamed by other soldiers, entered combat in disproportionate numbers. Although Johnson was a vociferous civil rights advocate, the program took a heavy toll on young blacks. A 1970 Defense Department study disclosed that 41 percent of Project 100,000 recruits were black, compared with 12 percent in the armed forces as a whole. What's more, 40 percent of Project 100,000 recruits were trained for combat, compared with 25 percent for the services generally.

Since "Path to War" makes much of Johnson's civil rights concerns, the filmmakers had a perfect place to introduce the awful irony of Project 100,000 -- the scene where LBJ pins a Purple Heart on a wounded black soldier. Unfortunately, few today recall this particularly shameful chapter from the war. Even two decades ago, accounts of Project 100,000 in my book "Long Time Passing: Vietnam and the Haunted Generation" were met with disbelief -- even by many who had lived through the era. Soldiers remembered it, however. As Herb DeBose, a former black first lieutenant who was director of a New York City employment program for veterans, said at that time, "I think McNamara should be shot. I saw him when he resigned from the World Bank, crying about the poor children of the world. But if he did not cry at all for any of those men he took in under Project 100,000, then he really doesn't know what crying is all about. Many weren't even on a 5th-grade level."

Do not look to Robert McNamara's 1995 memoir or his more recent musings for any information on this project. "In Retrospect: The Tragedy and Lessons of Vietnam," his bloodless account of how he and his colleagues in the Kennedy and Johnson administrations were "wrong, terribly wrong" about Vietnam, conveniently ignores this deplorable brainstorm of his.

Because of his intellectual dishonesty, McNamara remains a figure of contempt among Vietnam veterans. "Every time he writes something, people say, 'Isn't it wonderful -- he's making some admissions about how the war was poorly run.' But he knew it at the time. And yet he becomes a historian of record and is given respect by a whole group of people who have no idea what it was really like," says Bobby Muller, who helped found Vietnam Veterans of America and was a Nobel prize winner for his international battle to ban land mines. "There were millions of people on the streets saying the war was wrong -- as well as academics, clergy, veterans and so on -- and he says, 'We didn't know'? I find that remarkable."

McNamara "knew at the time" because not just antiwar protesters were telling him his policies were wrong and doomed to fail, but -- as the HBO film forcefully shows -- other high-level presidential advisors, such as George Ball and Clark Clifford. If historic calamities like Vietnam seem inevitable in retrospect, they are not while underway. This is "Path to War's" greatest contribution -- it brings home once again how tragedy is a human enterprise and how much suffering can result from the arrogance of power.