To those obsessed with the Levy case, all evidence must lead back to Gary Condit -- even when it doesn't. 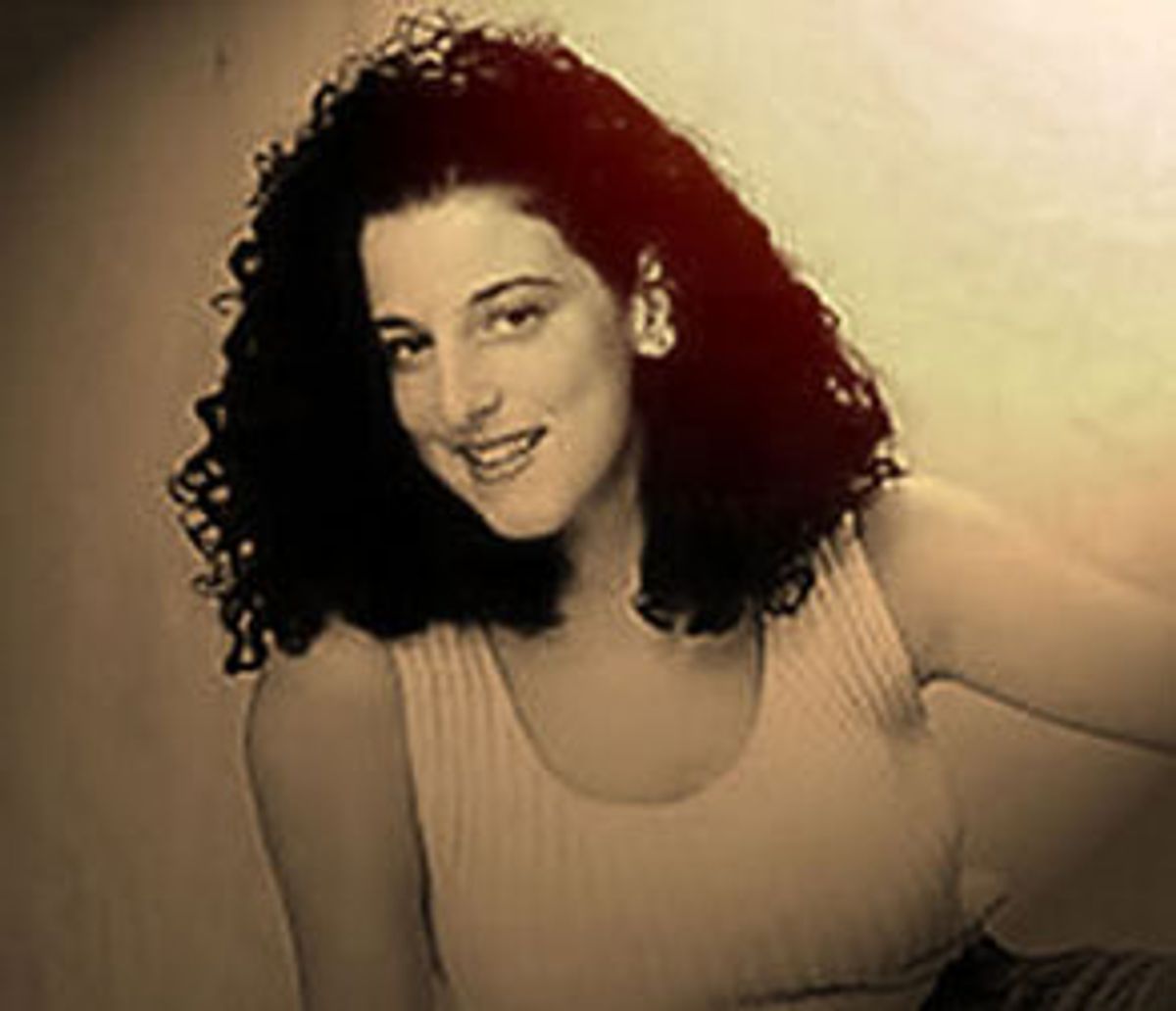 Late in May, the news broke that Chandra Levy's body had been discovered in a remote section of Washington's Rock Creek Park by a man walking his dog and "looking for turtles." Police searched the woods for more clues that day, and dozens of reporters flocked to the crime scene, hoping for some scoop in the reinvigorated investigation.

I never expected to find a clue searching the Internet.

As a reporter for a small Capitol Hill newspaper, I count as my usual fare campaign finance and congressional elections. We leave the murder investigations for wannabe gumshoes who work the Washington Post's Metro section.

But Chandra Levy -- well, now. This was something special. Not every missing girl who turns up murdered was involved with a sitting member of the U.S. Congress. For this story, I thought, I could justify a couple of hours of research.

Since Levy disappeared more than a year ago, the media had been trailing Rep. Gary Condit, D-Calif., around the district like paparazzi, speculating on everything from his supposedly kinky sexual habits to whether his wife of 30-some years, Carolyn, has missing digits. (For the record, Carolyn Condit has both thumbs.)

Condit, who admitted to having had an affair with Levy up until shortly before she disappeared, turned what would have been just another girl-goes-missing case into a regular soap opera, filled with intrigue and salacious accusations. He exacerbated the problem when he seemed to dodge questions from not only the media, but from police investigators and eventually the Levy family. In short order, he managed to get on everyone's bad side, and has stayed there throughout his failed reelection campaign and to last month, when Levy's body was discovered, and a new round of cable talk show questioning began.

But while my colleagues speculated on the proximity of Condit's Adams Morgan apartment to the section of park where Levy's body was recovered on May 22, I wondered if the location of her body might point to another possibility: Perhaps Levy really was the victim of a random attack. I know the trepidation I feel each time I jog or bike along the park trails near my own neighborhood on the outskirts of Washington. The charming, leafy streets here are deceptive; Washington has its high crime areas, some just blocks from where members of Congress live in opulent brownstones.

I took a straightforward approach, and clicked through news databases, searching through stories about other crimes that might have been committed in the park. Eventually, I clicked my way to Ingmar Guandique.

Guandique is serving out a 10-year sentence in federal prison for brutally attacking two young women along the Broad Branch trail last May and July. That's the same section of Rock Creek Park where Levy was found. She had gone missing in May of 2001.

I knew I had a good story on my hands. But I had no idea that once I published it, other reporters following the Levy investigation would question my motives, or accuse me of being a pawn of Gary Condit.

According to the judge who sentenced Guandique, the 20-year-old El Salvadoran behaved like a predator, stalking the young women as they ran along the wooded path, grabbing them from behind and viciously attacking them. The prosecutors said Guandique -- a mean-looking character, with wild hair and cold eyes -- treated the park as his hunting grounds.

One of his victims, who was fortunate enough and strong enough to escape his grip, said chills went up her spine when she learned where Levy's body had been found. That's because the victim -- an intelligent and athletic young woman who has asked that her name be withheld -- still has horrifying memories of what happened to her on May 14, 2001, just two weeks after Levy vanished.

That day, she was jogging along the Broad Branch trail, clad in her jogging clothes and wearing stereo headphones, when Guandique began running after her. He grabbed her, held a knife to her throat and tried in vain to hush her cries for help.

It was his hushing that enraged the young woman, and she fought her attacker, shoving her hand against his face and gouging her fingernails into the soft tissue of his mouth below his tongue. She later told police he bit her before fleeing into the woods.

After attacking a second female jogger in July -- this one was also wearing headphones when he grabbed her from behind at knifepoint and yanked her into a ravine -- Guandique was captured. He told police that he was simply trying to steal the Sony Walkmans worn by the two women. That defense didn't ring true to the judge -- or his victims.

One year later, when the first jogger Guandique attacked heard that Levy's body had been found several hundred feet off of the Broad Branch trail, alongside a set of stereo headphones and jogging clothes, she wondered just how close she, too, had come to dying in the woods that frightening day. Privately, she wondered if Guandique might also have attacked Chandra Levy.

Publicly, the police have said that Guandique is not a suspect in Levy's death, and some police sources have said Guandique passed a lie-detector test last year when he was asked questions about the missing intern. But then again, no one is a suspect in the murder of Levy, who after spending a year in the woods decomposing has left few clues and little DNA evidence that might positively identify her killer.

Nonetheless, police sources admitted to me on background that under the circumstances, they are taking a renewed look at Guandique. At the time they spoke with Guandique, "We didn't even know her body was in the park," one police source said, explaining that now they have a whole new set of questions to ask him.

After I broke the story, I received calls from nearly a dozen other reporters -- most of them TV news broadcasters asking me for more details about "this Guandique guy."

Did I know what prison he was in?

Who was his defense attorney?

A public defender, but she's not returning calls.

How come no one had mentioned this guy before?

Good question. I was wondering that too.

Did I have a picture of him?

A few days later, I also got a call from a reporter who has been covering the Levy investigation for the Modesto Bee, Condit's hometown paper.

"I saw your story last week," he said, adding, "I've got a theory I want to run by you." I told the reporter, whom I'd never spoken to before, to go ahead.

He then proceeded to ask me if Condit's lawyer, Mark Geragos -- a high-profile criminal defense attorney and ubiquitous TV presence who had also recently represented the actress Winona Ryder -- had "orchestrated" the story.

The reporter believed that it was most likely Geragos who had leaked information to me about the so-called Rock Creek Park predator so that Condit's staff and supporters would then have a news story to distribute that would make him look good. And he said that a number of other reporters had also found the timing of my story curious. It showed up in print, after all, the day after Levy's bones turned up in the park.

I stammered out a "No, that's now how it happened at all," and fought back the urge to ask him whether he was also investigating the theory that White House officials had planted Levy's bones in the park in an effort to divert attention from stories alleging they had ample warning of the Sept. 11 attacks. I also stifled the desire to tell him where to stick his theory -- that none of my sources were any of his, nor any other reporter's, business.

Calmly -- and probably a little too nicely -- I explained that I simply used one part hunch, two cups of research and one-quarter teaspoon of source-based reporting, otherwise known as conversing with the cops. No, Gary Condit's lawyer had definitely not planted this one, I told him.

So far, Condit has only seemed capable of attracting attention to himself. After cheating on his wife with the young intern, he failed to be completely forthcoming with police about his relationship in the days immediately following Levy's disappearance. And while he did sit down with investigators later and provided a more accurate description of his associations with Levy -- and he even consented to a search of his Adams Morgan apartment where some of their trysts took place -- he's never explained exactly why he threw that watch case into a roadside dumpster in Alexandria, Va.

He also refused to take a police lie-detector test, opting instead to take a privately administered one, while his media representative tried to spin negative stories about Levy's sex life. That was followed by his disastrous interview with Connie Chung, where Condit defiantly proclaimed his innocence, but failed to put on a convincing act of contrition. Yes, there's definitely something about Gary Condit that stinks.

But since that inquiring call from my fellow reporter, I've paid close attention to how my fellow journalists have covered the Levy murder investigation -- particularly when it comes to how they portray potential suspects like Condit and Guandique. On cable news shows, Guandique's name and photo are regularly flashed on the screen, and he's usually mentioned as just one of several individuals police are taking a look at.

Condit, meanwhile, still gets the bulk of their airtime. The Supermarket tabloid Star is still hot on Condit's trail, without making any mention of Guandique -- proving that stories about 20-year-old Salvadoran convicts just don't sell as well as stories about philandering congressmen, tempting interns and scorned political wives.

But what still troubles me is the possibility that in our frenzied attempt to feed the public's appetite for any Condit connection to Chandra Levy, the media may be giving the real killer -- if not Guandique, then perhaps someone else -- a free pass for the murder.

Since my story broke, I also received several e-mails from folks inside the Beltway and beyond who had read my story, or saw me interviewed on television about Guandique.

One reader named "Darlene" told me she has her own theory.

"In regard to Chandra Levy," Darlene wrote, "who's to say someone didn't pay off jailed convict [Ingmar Guandique] to assault these two females AFTER Chandra disappeared to cast reasonable doubt on the real murderer's identity?!"

Actually, Darlene, I hadn't considered that possibility. But have you thought about calling the Modesto Bee?

Amy Keller is a senior staff writer for Roll Call.