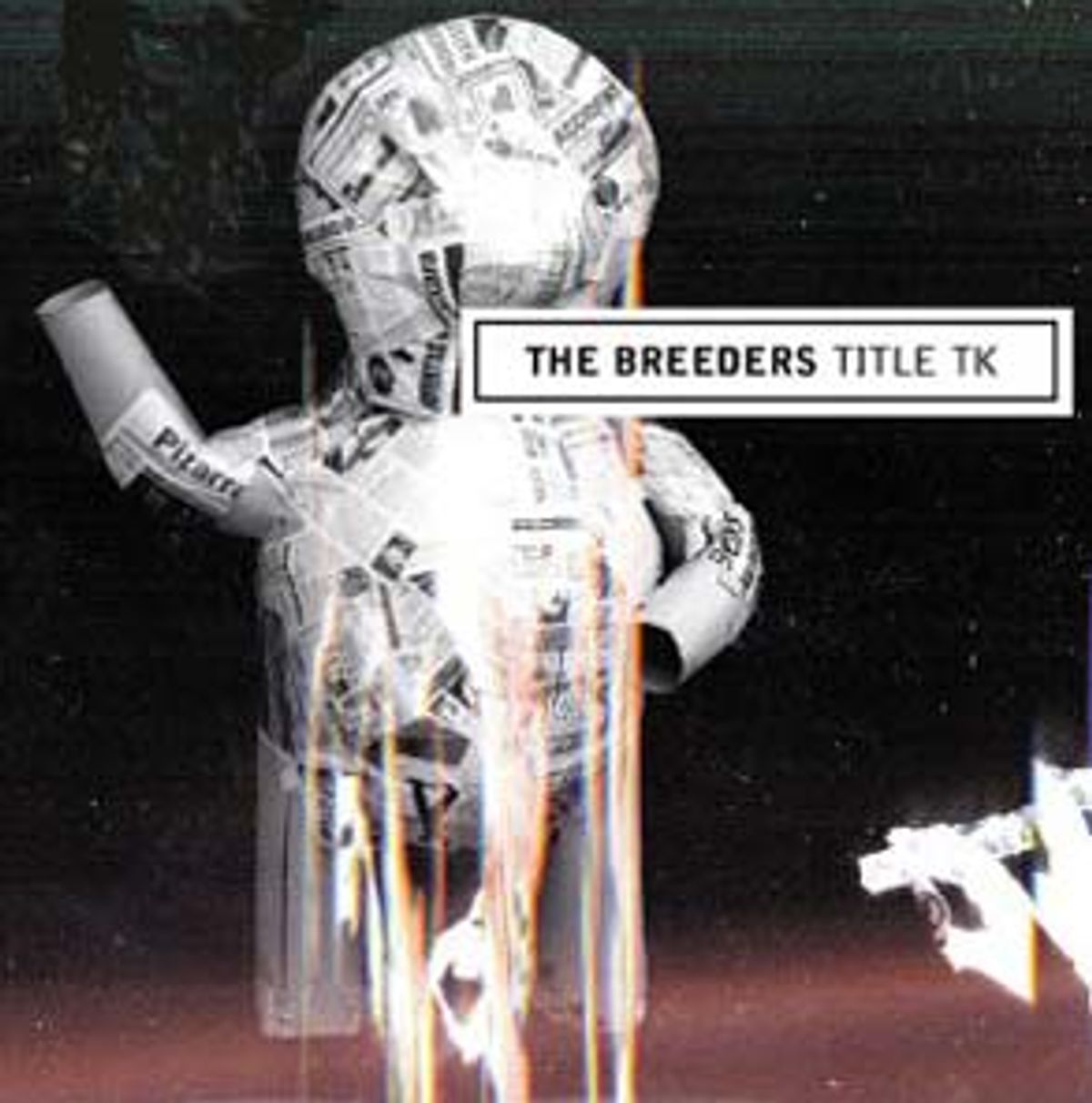 The Breeders
"Title TK"
Out now on 4 AD/ Elektra

More than eight years after "Last Splash" confirmed that Kim Deal was infinitely more than just the cutie playing bass for the Pixies, the Breeders are back with "Title TK." Since the early '90s, the band has been a side gig, a full-time band and a basement project, and at one point the group dissolved and members toyed with side projects, battled drug problems and released a few MP3s that Kim Deal recorded when she was learning to play drums. The core of the band -- twin sisters Kim and Kelley Deal -- also moved to Los Angeles and assembled a new lineup consisting of guitarist Richard Presley, bassist Mando Lopez and drummer Jose Medeles.

"Title TK" is a straightforward, subdued effort that benefits from the sonic fingerprints of producer Steve Albini (Big Black, Shellac), with whom the Breeders recorded the album in spurts over two years. More sparse and giving than "Last Splash" but more catchy than the group's first effort, "Pod," "Title TK" wanders effortlessly from shoe-gazing fuzz-pop on "T and T" to the off-and-on sludge of "The She."

Lyrically, Kim Deal seems aware of the long years since "Last Splash." Her voice, as always, sounds like an angel's would after a pack of Marlboros and a fifth of whiskey; it gives a sugary sense of urgency to lyrics like, "Life forced to drive us/ Spent the whole trip trying to go my way." Kelley's harmonies are more prominent than on previous recordings, creating a warm, inviting feel, even as the Deals muse about subjects from the subtle to the zany, like lonely night driving -- or missing iguanas.