A GAO report on vandalism during Clinton's exit shows that Bush administration pettiness cost the nation more than its predecessor's pranks. 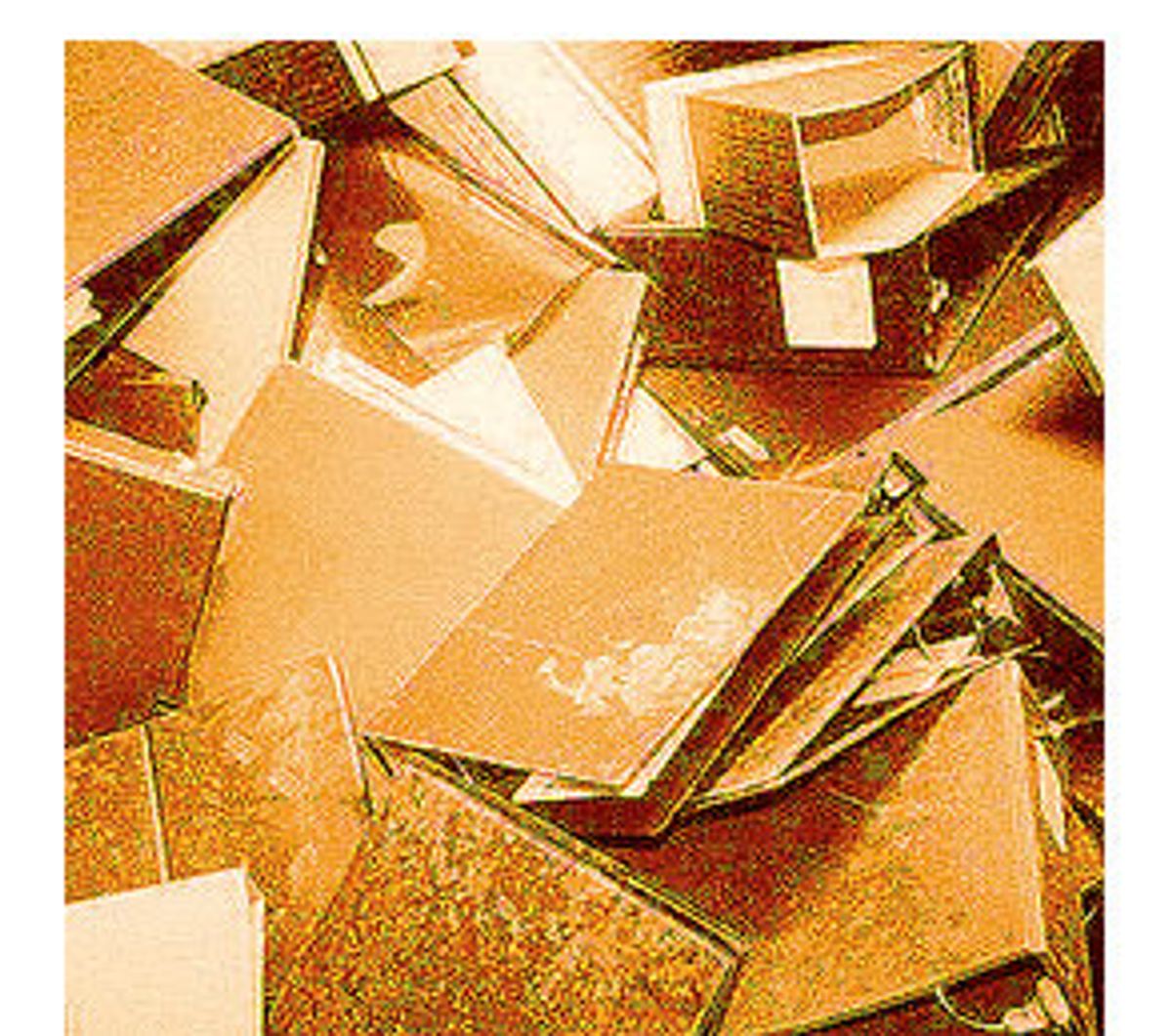 The General Accounting Office's meticulous 217-page report on allegations that outgoing Clinton staffers vandalized the White House, based on charges by the incoming Bush administration, practically begged to be simplified. And in early news coverage -- a Tuesday AP wire story (picked up by Salon) and a wide-eyed Wednesday New York Times dispatch -- it was.

Both early stories skipped right to the report's "conclusions," which reveal that, in fact, the Clintonistas caused some trouble. "Damage, theft, vandalism, and pranks occurred in the White House complex during the 2001 presidential transition," the report duly notes.

But the GAO document is more interesting for what isn't in it than for what is. It's a far cry from what was promised by Republicans like longtime obsessive Clinton-hater Rep. Bob Barr, R-Ga., who pressed the GAO for the investigation. Whatever happened to the looting and trashing Barr said would be documented? The expensive paintings that were supposedly stolen from the White House? The "cut wires" that White House press secretary Ari Fleischer had publicly referred to? The never-explained "porn bombs" that anonymous GOP sources had complained about? The presidential seals that were stolen, or the historical doorknobs that had been yanked off for souvenirs?

Some of these serious allegations are repeated in the report, but none are proven. The seals and the doorknobs, for example, are described as "missing items for which no documentation, such as facility request forms or purchase records, was available." They could cost somewhere between $3,750 to $4,675, according to the report, but it's still not clear if, how or why they disappeared.

The missing doorknobs in one office, according to a Clinton staffer quoted in the report, might never have been there to begin with, since the door went unused, and was covered by a bureau. (The report also makes clear that these items suddenly showed up on a White House list compiled in June 2001 -- based on the months-old "recollections" of staffers -- which does not exactly scream reliability.)

The GAO report does persuasively show, with some corroboration by former Clinton staffers, that the most extensive damage came from the juvenile idea of popping the "W" key off computer keyboards, rendering them unusable.

The GAO affixed a $4,650 cost to replacing 62 keyboards (which, at $75 a pop, is about six times what a basic keyboard runs for at Office Depot). It's unclear whether all 62 keyboards that were replaced actually had the missing "W" -- the White House bookkeeping is unclear on this point.

It's also a mystery what happened to 26 cellphones and two cameras, which the White House says it spent $2,769 to replace. Add to that a $1,150 cleaning cost, and some other costs that seem negligible ($221 to replace 15 TV remotes, for example, that some Clinton staffers told the GAO never existed), the GAO came up with a $9,324 total "spent to repair and replace items that were observed broken or missing in specific locations" where complaints of vandalism had been made.

So it's safe to say that a close reading of the GAO report doesn't validate the charges of wanton, widespread destruction by the Clinton team. What it does show is the lengths to which the Bush administration went to try to make the scandal charges stick. The White House issued its own 75-page answer to the draft GAO findings earlier this year, which is included in the final GAO report. It's a remarkable document, cataloguing rumor, innuendo, pranks and insults that the Bushies endured at the hands of the departing Democrats, even if they involved no physical damage whatsoever.

In an opening letter, White House counsel Alberto Gonzales excoriates the GAO for refusing to include in its draft report "portions of a sign of a mock Time magazine cover" that was among the graffiti and prank signs left behind in the White House. The mock Time cover Gonzales apparently refers to circulated on the Internet during the Florida recount, and was reportedly left in the White House complex. It shows a troubled-looking Bush with the headline "Oh, shit."

"It is vital to include the substance of specific graffiti, messages and signs observed" in order to fully document the acts of vandalism, Gonzales argues. "The content of a message can -- and often does -- indicate who wrote the message, and when" and "often provides an insight into the mindset or intention of the person who wrote it."

But the GAO wouldn't budge on itemizing that particular slight to Bush. It did agree with Gonzales that in describing a piece of graffiti that read "Jail to the Thief" as "arguably derogatory" was a bit too modest, so the word "arguably" was stricken. But Gonzales wanted more, much more, listing in detail every slight to the new president that Bush staffers had to endure, from a "sign comparing President Bush to a chimpanzee" to an "8 x 10 color piece of paper that said 'See you in four, Al Gore' in drawer of the copy machine," to the "Same President Bush/chimpanzee sign found in a printer" and to a "sign taped to a desk of a mock MasterCard ad that includes a picture of President Bush and reads, 'NEW BONG: $50, COCAINE HABIT: $300, FINDING OUT THAT THE GOOD-OLD-BOY NETWORK CAN STILL RIG AN ELECTION IN THE DEEP SOUTH: PRICELESS. For the rest of us there's honesty.'"

The White House made 78 staffers available for interviews with the GAO, and clearly spent an enormous amount of energy just to try to stick another scandal to the Clintons. (Gonzales' time alone, billed by the hour, might cost more than the $9,000-plus the GAO blamed on the Clintons.) After 11 months, and an investigation that Democrats told the Washington Post cost $200,000, one somehow expected more. Now that all the facts are in, it seems pretty clear which administration should get the blame for the White House vandal scandal.