Clinton's most ardent foe sues him for $30 million -- while championing a bill against frivolous lawsuits. 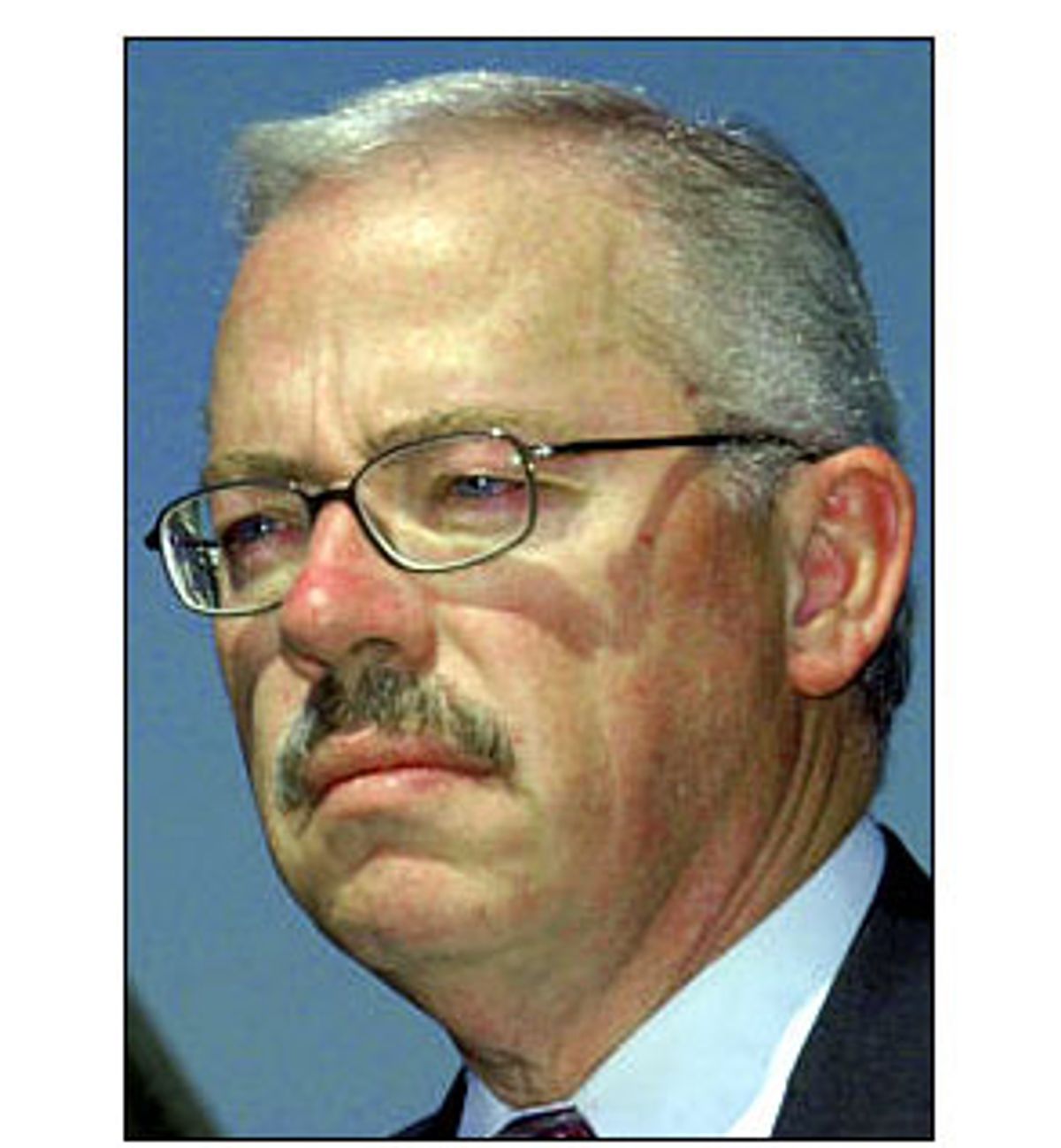 This week, at a hearing of the House Judiciary Commercial and Administrative Law Subcommittee, which he chairs, Barr heaped praise on a bill that would limit so-called non-economic medical damages to $250,000, saying "a national liability insurance crisis is ravaging the nation's healthcare system."

So how can someone who wants to limit awards for pain and suffering sue the former president and others for a whopping $30 million in emotional distress?

The depths of the former House impeachment manager's disdain for the former president should not be underestimated. Of all the House managers, Barr was perhaps the most gung-ho in his desire to get Clinton. Back in November 1997, before the world had ever heard of Monica Lewinsky, Barr tried to bring impeachment charges against Clinton, alleging violations of campaign finance laws.

Now, Barr has quietly filed a suit against Clinton, Carville and Flynt for "participating in a common scheme and unlawful on-going conspiracy to attempt to intimidate, impede and/or retaliate against [Barr]" for his role as an impeachment manager in 1999.

The suit comes, however, as Barr has other things to worry about. Redistricting has placed him in a tough primary fight against Rep. John Linder, R-Ga. When asked on Thursday about Barr's suit, Linder spokesman Bo Harmon offered a jab veiled in a no-comment. "A sitting congressman suing a former president for $30 million raises all sorts of serious questions," Harmon said. "Until we know more about Congressman Barr's state of mind on this, we're going to refrain from commenting."

Barr's case is yet another bizarre coda to the impeachment saga. Among the documents submitted in the suit, filed in U.S. District Court in Washington, was a section of The Flynt Report, the 1999 document by the Hustler publisher that shone a spotlight on the private lives of the House impeachment managers and other moralizing Republicans. The report calls Barr "a twice-divorced family values cheerleader ... who condoned an abortion, committed adultery and failed to tell the truth under oath" in a 1986 deposition.

Flynt's report was one of the blows struck in a tit-for-tat mud-wrestling match between investigators in the Office of the Independent Counsel and their congressional allies and Democratic attack dogs during the halcyon days of the Monica Lewinsky scandal. Democrats pointed to stories like the ones contained in the report and to Henry Hyde's extramarital affair to label Republican impeachment managers as hypocrites.

Barr has long talked of a conspiracy behind the attacks on him. At the time the Flynt Report was published, CNN's Wolf Blitzer asked Barr if the White House was behind the smear campaign. "Most people can't even deny that with a straight face," Barr told Blitzer.

The suit is not the first time Barr has tried to sue Clinton outside the confines of Congress. The new civil suit is a reprise of a criminal case Barr brought in 1999 against the Executive Office of the President and the Justice Department, claiming the White House was keeping a dossier on Barr and that the congressman "was subject to attacks and threats of attack by persons in the media, including Larry Flynt, James Carville, [investigative journalist] Dan Moldea and others."

The new complaint charges that the White House kept "files on [Barr] and routinely disseminated the contents of those files to defendants Carville and Flynt and others, including members of the media, in an effort to intimidate and impede" Barr's investigation of Clinton. The suit also alleges that the White House kept an enemies list that included all 13 House impeachment managers; Rep. Dan Burton, R-Ind.; Sen. Tim Hutchinson, R-Ark.; Newsweek reporter Michael Isikoff; and Judicial Watch's Larry Klayman, who is serving as Barr's attorney in the case.

The suit, however, includes no evidence of such collusion.

The complaint also highlights a Feb. 23, 1999, interview that ran in Salon, in which Flynt announced some of the Flynt Report findings. The suit called the interview "a furtherance" of the conspiracy against Barr.

Barr has filed two separate counts -- one against all three defendants for plotting against Barr and another against Clinton alone for "neglect[ing] and/or refus[ing] to prevent and/or aid in preventing these wrongs." On each count, Barr is seeking compensation of $30 million.

He is suing the trio for allegedly violating a statute known as the Ku Klux Klan Act. That law allows for compensation to "any citizen of the United States or other person within the jurisdiction thereof to the deprivation of any rights, privileges, or immunities secured by the Constitution and laws." There is a hint of irony in Barr's bringing a civil rights suit under a statute named for a racist organization, since leftist groups like Fairness and Accuracy in Reporting have long raised questions about his connections to the Council of Conservative Citizens, a white supremacist group he addressed in 1998.

On Thursday, Carville was dismissive about Barr's allegations. "It's unfortunate that people chose to use the courts because they lost a political fight," Carville said, and characterized the suit as "more silly than frivolous."

But Barr released a statement saying, "James Carville can preach his lies about people on television and Larry Flynt can print whatever he wants in the pages of his smut magazine, but at the end of the day they are going to be held accountable. Their lies, smears and intimidation will end, and I look forward to this case moving forward." Barr actually appeared on "Crossfire," the CNN show that Carville co-hosts, on Wednesday night, but the topic did not come up, and Paul Begala, not Carville, was hosting "from the left."

Flynt, meanwhile, seemed unimpressed. "This time, Barr has kicked the wrong dog," Flynt said in a statement. "Bob Barr is looking for publicity because he's been out of the limelight for a while."