I wanna hold your hand

I have gone to bed with men, in part, for the beauty or agility or originality of their hands. 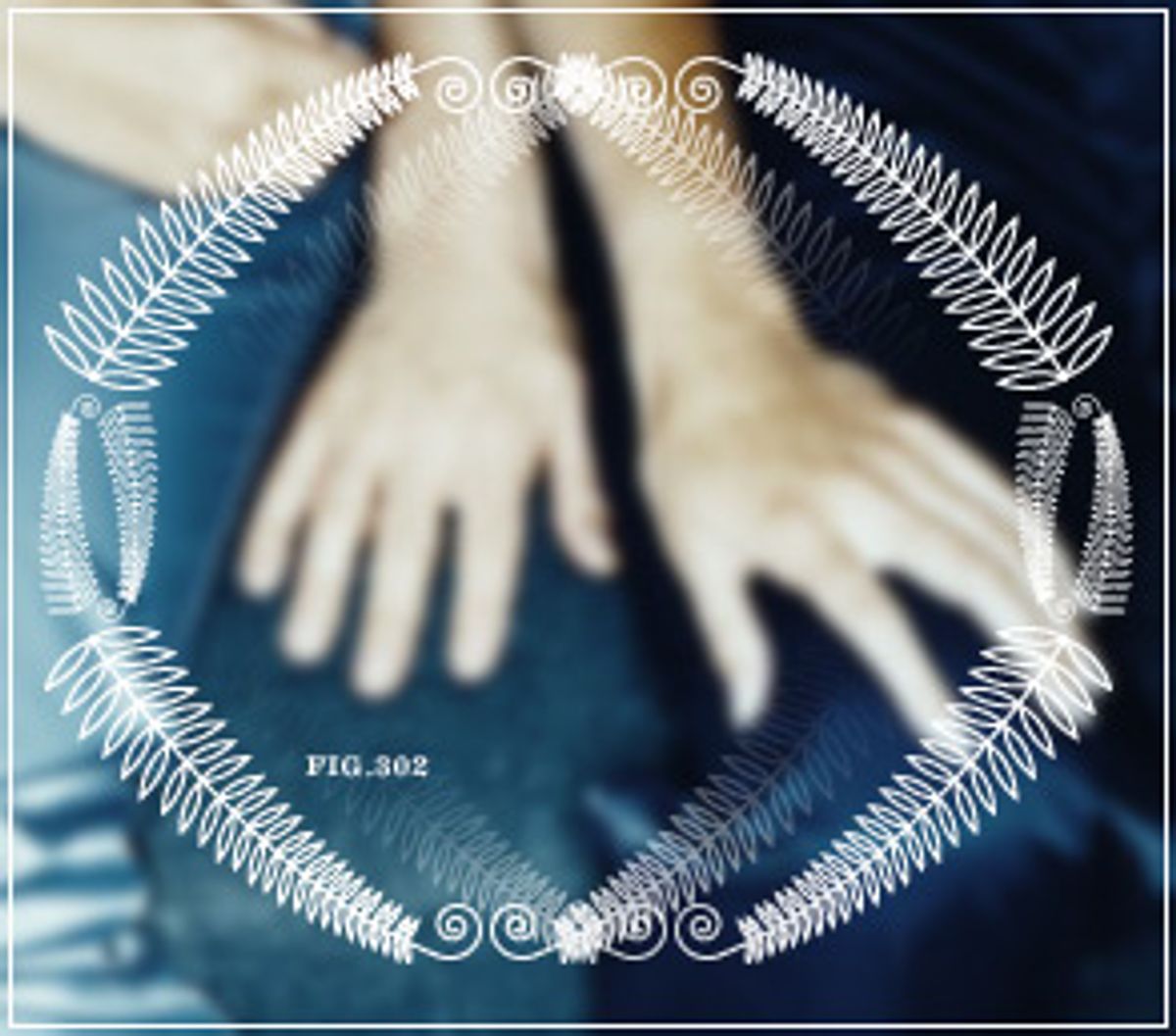 Once, on LaVista Boulevard in Atlanta, a guy I'd never seen before slammed his car into mine. The accident happened only a few hundred yards from my house, so we pulled our cars into my driveway and went inside to call the police.

We were standing in the kitchen, the spiral phone cord stretched between us, when one of the spaghetti straps on my sundress snapped. He reached up, plucked the two broken ends of the strap delicately from my shoulders, and slowly tied them together in a bow. I was amazed by the gentle precision of his hands, following so quickly the clumsiness with which he had crashed into my car. I hung up the phone and we walked to a café, where we drank fresh-squeezed lemonade and considered the odds of finding each other like that. Later that night I found myself in a small rowboat on a lake in Macon, Ga. The guy who had crashed into my car was handling the oars, and I couldn't help but wonder how he might handle me. We floated for most of the night, then spent three months together. My car never entirely recovered.

In a poorly lit apartment above a Mexican restaurant in a small Georgia town, a girl named Kate reached down and tied my shoelaces. We were sitting on her mattress, which lay on the floor and took up most of the room. She had convinced me to try on her Doc Martens, and I'd agreed, on the condition that she take a walk around the apartment in my strappy yellow sandals. As she tied the laces, her hands shook slightly, and I noticed that her fingernails were gnawed to the quick. At that moment, I thought I might pass out for love of her. I was 24 years old. It had never before occurred to me that I might feel such things for a woman.

Once, in Miami, a Cuban man I'd met on the beach invited me to his condo for lunch. In the kitchen he took plantains out of the fridge, rinsed them under running water. He arranged the plantains on a cutting board and began to slice. His hands were quick and powerful, and I had the feeling he'd been slicing plantains his whole life. I was transfixed by the stately length of his fingers against the wooden handle of the knife. I imagined those hands in the small of my back, on the curve of my neck, pressed hard between my thighs. "I have to go," I said, and rushed out into the blinding sunlight before he'd even got the plantains into the pan. I had a boyfriend at the time, and I was trying hard to make it work, and I knew too well where a good pair of hands might lead me.

My romantic memory overflows with snapshots of hands frozen in some weighty moment. Case in point: I am 12, sitting on the balcony of a big church in Alabama. Next to me is Hobie, a blond boy one year older, whom I love. The pastor is miles away, at the front of the church, praying into the microphone. The lights in the church are low. The choir is singing "Have Thine Own Way," and Hobie stretches out his hand, palm up. It hovers above my lap. It occurs to me that he would like for me to hold his hand, but I've never held hands with a boy before and don't know how to go about it. We are supposed to be praying, but I am thinking of Hobie's beautiful hand, tiny blond hairs just beginning to form at the base of the wrist. I am 12 years old in a church in Alabama, and I am thinking, quite plainly, about having sex with Hobie -- despite the fact that this is something I have never done before, and wouldn't know how to do. The shape of his hand hovering there is enough to plunge me into erotic bliss.

I fell in love with my husband's hands long before I fell in love with him. The first time I saw him, he was sitting in a windowless college classroom in Arkansas. His hands were on top of the desk, one folded inside the other, as if he were readying himself for prayer. There was something disconcertingly feminine about his hands. A few weeks after that first meeting, he lay breathing heavily in my bed. He lay on his back, his hands resting on his stomach, and they seemed to be perfectly alert and precisely posed, while the rest of his body sighed and shifted in his masculine and ungraceful sleep. Even now, seven years and one marriage certificate later, I will catch a glimpse of his hands -- which at times are so alive as to seem disembodied from him -- and I will feel as undone by him as if we had just met, and we'd yet to share intimacies.

I don't know exactly when my love affair with hands began. Perhaps it stems from belonging to a family whose hands are unusual. My older sister was born with no thumb on her left hand; the side of the hand where her thumb should be is smooth and straight as a ruler. My father's second finger on his right hand ends just above the knuckle, tapering neatly as a sausage. I grew up believing that all sisters had no thumb, that all fathers had only half of a second finger.

When I think of my sister I think of her playing piano, the second finger expertly reaching, doing everything a thumb should do. When I think of my father, I imagine him pointing to some unnamable thing in the distance, pointing with his half-finger, that rounded thing without a nail. And when I conjure my mother it is her hands I see most clearly, the broad fingers wrapped around the lid of a Mason jar, the veins popping up like miniature mountain ranges, the biggest veins I've ever seen. My own hands are small and utilitarian, with crevices so deep and numerous you'd think I'd lived for a hundred years.

Perhaps in some other life I was a reader of palms, someone who could see the scope of a life within the intricate folds of a hand. In this life, though, what I see in the hands of strangers is more often than not rated R. Recently, while stopped at a red light, I looked over to the truck in the next lane and saw a boy a good 10 years my junior, his deeply tanned hand thumping the steering wheel, beating out the rhythm to some song that played too loudly on his radio. In that moment, waiting for the light to change, I was eaten up with longing. He looked over and caught me staring, gave me a slight and knowing smile, a nod. The light turned green, the truck sped on ahead, and all the way home I thought of him, of the things his hands could do.