The 9th Circuit judges who struck down the Pledge may be the most unpopular people in America right now. There's just one catch: They're right. 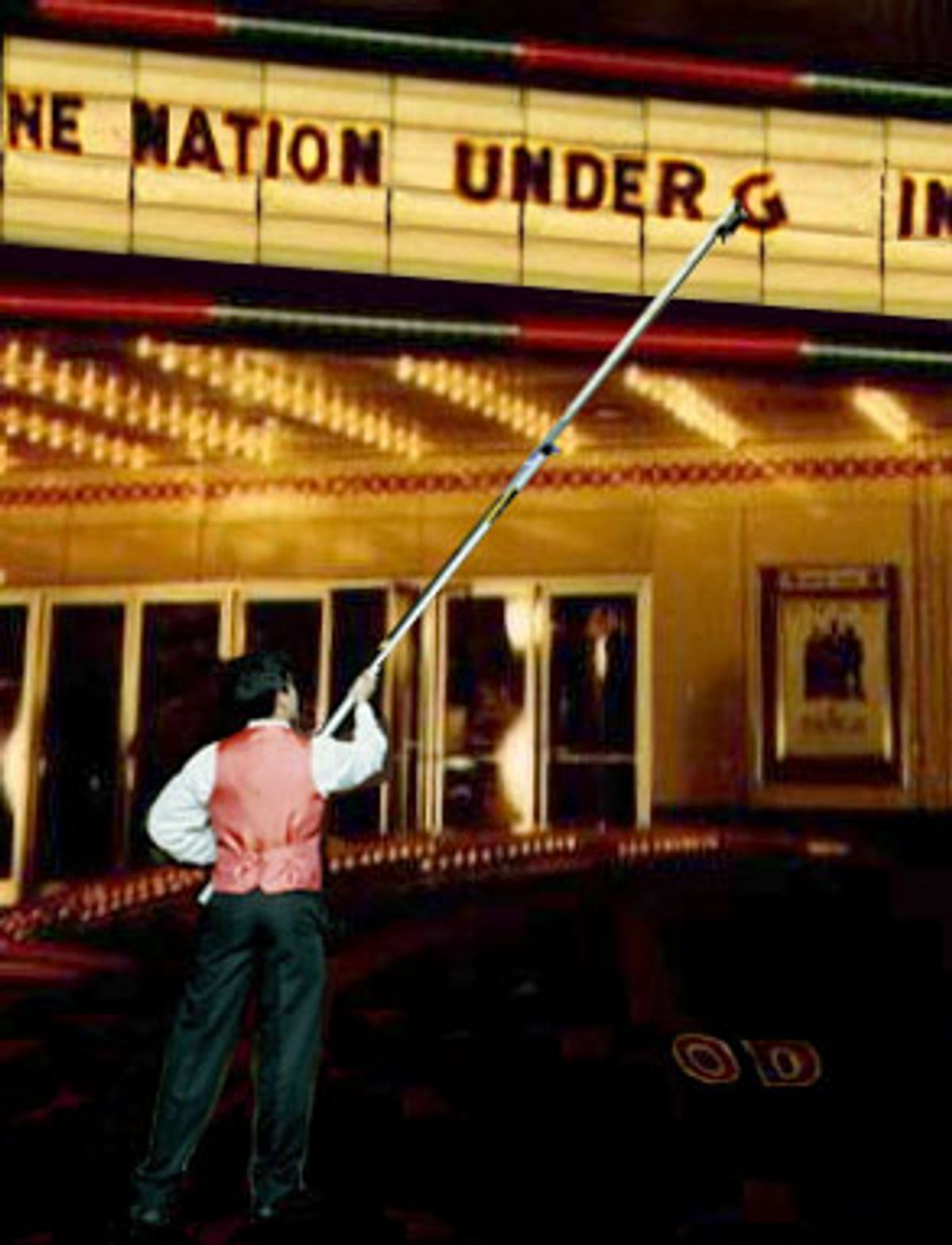 As the nation's leadership rallies en masse to defend the sacred Pledge of Allegiance from the satanic depredations of a godless San Francisco-based court; as the pillars of the Republic circle 'round to protect the American people from a renegade judiciary bent on stripping every last vestige of religion from our public life; as this latest threat to Mom and apple pie on the eve of the July 4 holiday spurs the universal outrage of politicians ("Nuts" -- Tom Daschle; "Ridiculous" -- President Bush) -- one tiny point has been lost: The court was, by any standard of logic, right.

Oh, there is no doubt that the great majority of the American people are comfortable with keeping the phrase "under God" in the Pledge of Allegiance. Or that the 9th Circuit Court of Appeals' decision will be overturned one way or another. Or that the ruling hands the religious right an easy political win. Or that the nation should be focusing on more important things -- including the Supreme Court's far more significant decision upholding the use of public funding for religious education.

All that granted, there are many inconvenient facts about the Pledge decision that its legions of detractors are simply ignoring. Here are some of them: Significant numbers of Americans simply do not believe in God. Other Americans may embrace a kind of spirituality that involves more than one god, or some spiritual entity entirely different from the conventional God, who does not answer to that particular name. Even some of those who do believe in God -- whether spelled with an uppercase or lowercase "G" -- may feel strongly that this belief is a matter between themselves and that God, and not something that should have anything at all to do with the U.S. government, the public schools it supports or avowals of allegiance to the Republic, the government and the flag made in those schools.

Wrapping the phrase "under God" into a patriotic ritual does a lot more than simply "exclude atheists," as Alan Wolfe recently argued in Salon. It excludes broad swaths of people whose spirituality does not fit the vanilla norm, or whose sense of privacy impels them to keep their relationship with God separate from their relationship with the state.

If there's a political consensus in the U.S. to say, "The majority rules, and the majority believes in God, so the rest of you should just stand by quietly while we haul our God into the daily Pledge of Allegiance," then let's acknowledge that squarely, rather than pretend that no one is excluded by the choice. But anyone listening to the words of the Pledge itself -- "One nation, under God, indivisible ..." -- will sense, as I did every time I recited it in my public elementary school (at a time when you couldn't "opt out"), that in fact they prescribe a unity of belief. If you happen not to believe God exists, then you stand as an implicit violator of that unity: You aren't part of that "one nation"; you have fractured the indivisible.

Of course, this is precisely why the issue is such a hot button. The words do matter to people. Congress jimmied the phrase into the otherwise entirely God-free Pledge in the 1950s, during an era when conformity in every realm had become an American totem. The two words remain to this day a lightning rod for the conflict between those who believe that American values transcend sectarian belief, and those who insist that our values derive from religious faith.

The legal record on these issues is messy, to say the least. Strangely, the Supreme Court's rationale in a 1984 decision affirming the constitutionality of inscribing the phrase "In God We Trust" on our money is that, as the New York Times put it, "their religious significance had been lost through rote repetition." In other words: It's OK to mention God as long as we don't really mean it. By that odd logic, then, it would be all right for nearly any phrase to be a part of the Pledge of Allegiance, since the entire thing's meaning has been worn down to a nubbin of insignificance from too many bleary-eyed 8 a.m. recitals. (Schoolchildren through the ages have understood this, and composed their own mumbled mockeries of the Pledge just out of their teachers' hearing.)

It is quite clear, in any case, that a stampede of popular opinion, rather than legal logic, will decide this matter. President Bush leads the charge. Thursday he said that the ruling was "out of step with the history and traditions of America." "The decision," he added, "points up the fact that we need common-sense judges who understand that our rights were derived from God." Finally, he stated, "The declaration of God in the Pledge of Allegiance doesn't violate rights. As a matter of fact, it's a confirmation of the fact that we received our rights from God, as proclaimed in our Declaration of Independence."

This is not the first time that Bush has insisted that our rights derive from God. Unfortunately, he is simply, factually, constitutionally and historically wrong. The U.S. Constitution's famous preamble cites "We, the people" as the source of its authority. God is not in the picture. The word does not even appear in the Constitution. (Thomas Jefferson's famous "endowed by their Creator" language in the Declaration of Independence may hold powerful sway in the American psyche, but it has no direct bearing on U.S. constitutional law.) Any "common-sense judge" who "understands that our rights are derived from God" should be promptly removed from the bench for sheer constitutional illiteracy.

In fact, if not in the fevered minds of the religious right, the American system is built on an Enlightenment-humanist foundation that allows for the individual expression of any religious belief -- and the government establishment of none. This is one of the glories of this nation's history and perhaps its most unique contribution to the progress of government. God didn't give us rights; we gave them to ourselves.

As the "Keep God in the Pledge" bandwagon runs its victory laps and the hapless appeals court judges are pilloried for their lack of "common sense," their sure-to-be-reversed decision may seem a futile waste of energy. But legal progress never comes on a straight path. The effort to keep American government and Americans' religion separate is not the work of a day or a decade; the realization of the First Amendment's promise is an unfolding enterprise. Today our children will keep saying "under God" (or "under gourd" or "undue gad"). In some less God-drunk day than our own, though, this ruling will be remembered as a blow, however deflected, for freedom: freedom to believe, or not to believe.