James Toback's sex, drugs and basketball movie would be better if it stuck to that. 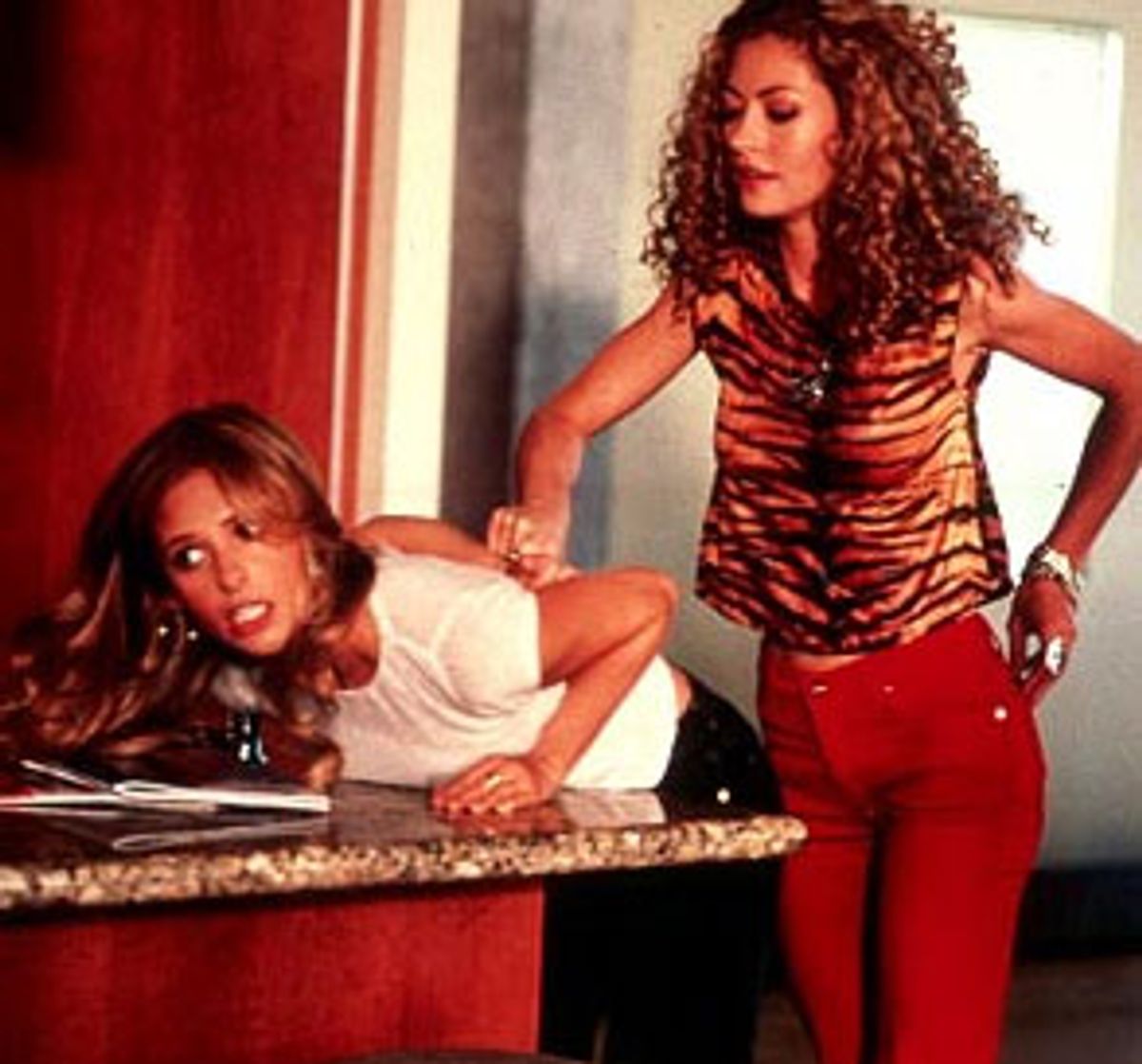 "Harvard Man" is the movie James Toback always wanted to make about his 1965 flip-out on LSD, a trip that lasted eight days. The movie feels like nine. A rambling, unconvincing sprawl at only 100 minutes, its surface repeatedly and numbingly punctured by wooden pegs of dialogue, it has none of the rapscallion energy of Toback's best movies.

The rambunctious sexuality of "The Pickup Artist" is nowhere to be found. And "Two Girls and a Guy," which treated testosterone as if it were an addition to the four humours -- a bodily substance that could mess up your whole life by going out of whack -- approached the subject of sexual addiction (and the weird ways in which it can intertwine with love) with both good humor and a mournful resonance. "Harvard Man" is shallower and a lot less fun than either of those movies. It's exactly the kind of movie Toback's detractors always accuse him of making.

"Harvard Man" tells the story of a brainy Harvard philosophy major and basketball player named Alan (Adrian Grenier), who gets into trouble illegally raising money to buy a new house for his parents, whose old one was destroyed by a tornado. Meanwhile, he searches for enlightenment by taking drugs and screwing a lot. His two favorite squeezes of the moment are his philosophy teacher, Chesney Cort (Joey Lauren Adams), and his sometime girlfriend, a Holy Cross cheerleader named Cindy Bendolini (Sarah Michelle Gellar), whose mob-kingpin father (played by Gianni Russo, who, in younger days, played Talia Shire's cheating husband in "The Godfather") just may have the means to get Alan the money he needs.

The movie would have been better if it were just about sex, drugs and basketball. As it is, the money-raising scheme feels like a ridiculous patch-on to the story, a feeble excuse to give a few jolts of forward motion and some semblance of a plot. Even so, there are only a few basketball sequences in the movie, and they're not particularly exciting or well shot; the drug scenes consist mostly of people's faces being distorted by the camera lens so they look as if they were made out of Silly Putty (it's a good enough effect the first time you see it, but it loses impact every time thereafter); and the most memorable sex scene is an episode of awkward humping in the woods -- there's nothing sexy about it.

And that's the major trouble with "Harvard Man." Say what you want about Toback's movies: He doesn't care if people think he's a dirty dawg, which is exactly what has made his best pictures feel so honest and refreshing. (Masculine sexuality can be a pretty rough beast, but that doesn't mean it has to be reduced to absurd frat-house sex jokes, and Toback has shown more awareness of that than anybody.) But the sex in "Harvard Man" is eminently forgettable, a lot of grunting and sweating for no real payoff, either in terms of plot or simple getting off. The movie is so adamantly about sex that it ceases to be about sex at all.

Gellar, who has proved to be such a terrific actress in "Buffy the Vampire Slayer," and who showed a devilish spark of fun in "Cruel Intentions," bops her way mindlessly through this movie. Grenier is a good-looking fellow, with smoldering, intense eyes, but he absorbs the camera's gaze and gives absolutely nothing back. We're repeatedly told what a sexy kid he is, by his actions and by the way the women in his life fawn over him, but he's really just a bland receptor.

Adams is miscast as a Harvard philosophy professor, and yet she's the one person here (including Toback) who seems to have a sense of what the movie should be about. We know her character is smart, since we get to sit in on parts of her lectures about Heidegger and Kierkegaard. But that intelligence also shows in the confident way Adams carries herself, the way she puts that raspy-kitten voice to work. Adams is about the only actor here who realizes that showing and not telling is what matters, and the movie whirs with a bit more life when she's on-screen.

"Harvard Man" does feature one fabulous effect: The tripping Alan watches in awe as the Gauguin poster that hangs in his dorm room comes to life, distracting him (understandably) from the serious conversation in which Chesney is trying to engage him. One of Gauguin's Tahitian beauties steps forth, her head wreathed in flowers, her living-sculpture breasts quivering just slightly. The girl from the painting gently nuzzles Chesney from behind; it's an inspired and sensually charged sequence, but it only heightens the clumsiness of the rest of this paint-by-numbers exercise. Sure, sex and drugs can take you to a higher plane. But not if a movie crushes your will to live first.