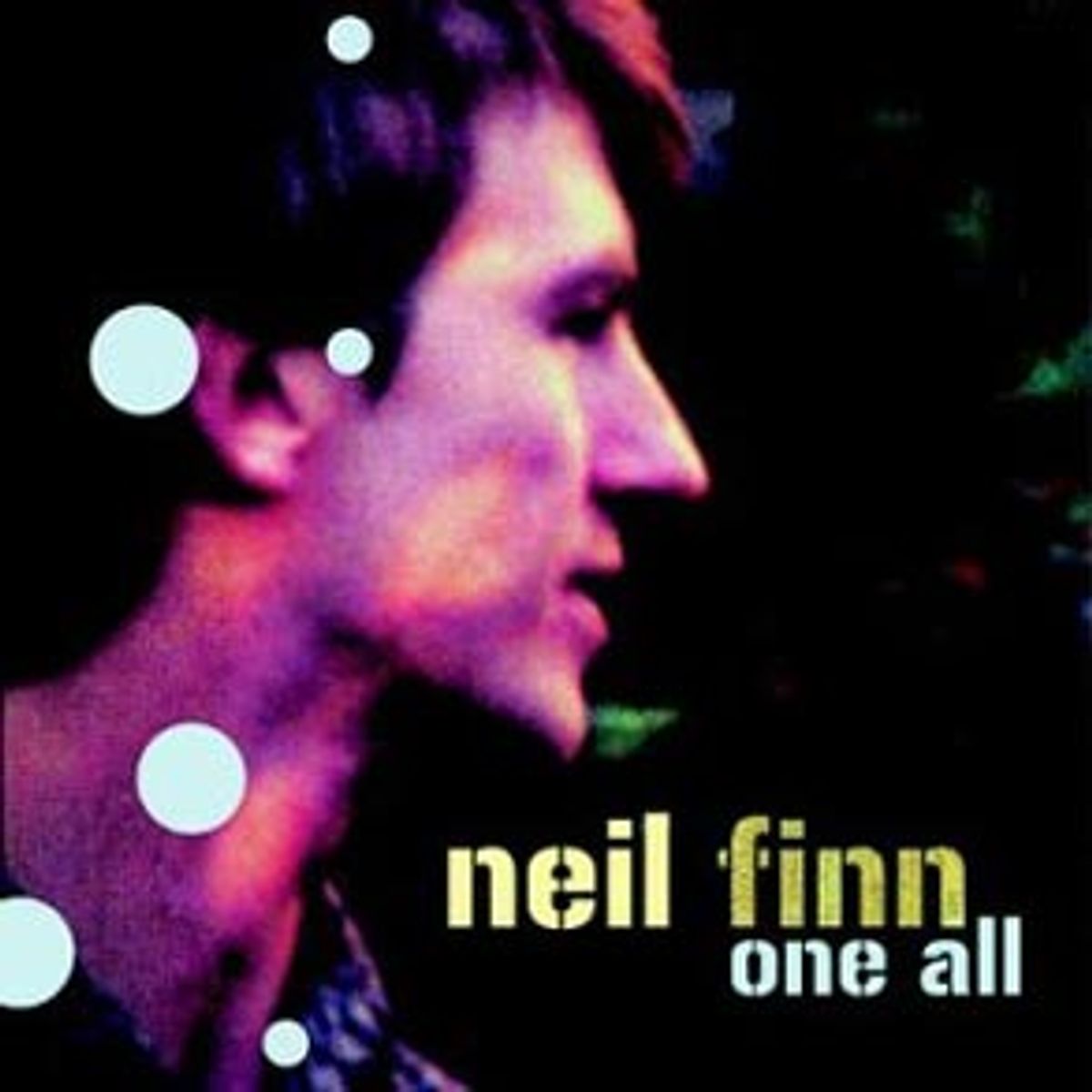 Neil Finn
"One All"
Out now on Nettwerk America

Neil Finn began his musical career in the mid-1970s with eccentric New Zealand pop outfit Split Enz, fronted by Tim Finn, his elder brother. After Split Enz broke up in 1983, Neil formed the pop trio Crowded House. The band had their breakthrough in the U.S. with the singles "Don't Dream It's Over" and "Something So Strong," both featured on their self-titled 1985 debut album. Four crisp pop albums and a decade later, Finn brought Crowded House to a close and teamed up with his brother again. In 1995 they cut an album consisting mostly of vocal duets with sparse acoustic accompaniment. Then, three years later, Neil released "Try Whistling This," without band or brother.

"One All," his second solo effort, was released in the rest of the world as "One Nil" in spring of 2001. This year's U.S. version features slightly different mixes of some of the "One Nil" material as well as two new songs ("Lullabye Requiem" and "Human Kindness"). Notable collaborators on "One All" include Lisa Coleman (vocals, keyboard) and Wendy Melvoin, who plays drums and/or bass on every track except the two late additions, and also co-wrote three songs with Finn. Yes, these are Wendy & Lisa of Prince and the Revolution fame.

Finn sticks to his trademark sweet melodies and atmospheric arrangements on "One All." He's always played beautiful pop tunes, but at the same time his lyrics are full of doubt and darkness: "Anytime" finds him pondering myriad ways to die, and on "Driving Me Mad" (listen to this track below) he complains "Year after year / the demons always come." So while the presence of Prince's former muses may ease his pain, Finn is still a haunted man.