Finally, a smart and tough chick flick takes on friendships between women in a most unladylike fashion. 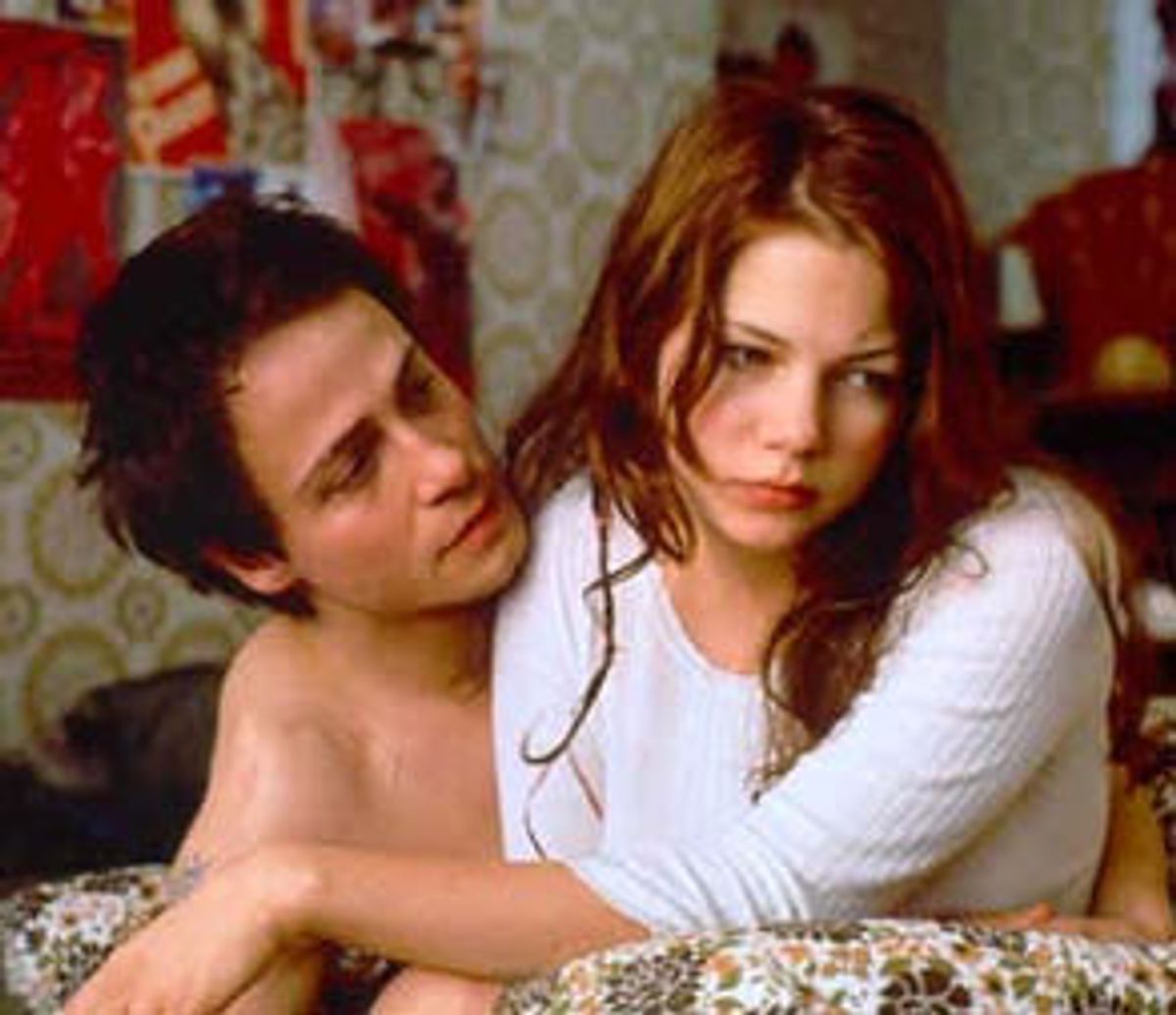 Movies about friendships between women so often take the soft way out. We're supposed to believe that unspoken bonds between women must never be broken, even when one of them commits a heinous transgression or betrayal. It's supposedly a feminist notion, based on the idea that we gals need to stick together through thick and thin (on trips to the powder room and elsewhere), and avoid girlish cattiness at all costs.

But I think it's really a riff on a set of moldy ideas from centuries past that we still haven't shed: It's usually a bad idea for a woman to speak up when something's gone wrong in a friendship; if your man takes off, you'll really need your gal pal (suggesting that she wasn't worth much when he was around); and last but not least, chances are it's really you, not her, that's the problem anyway.

Sandra Goldbacher's alert and beautifully crafted "Me Without You" (which opens Friday in New York and Los Angeles) deals with the subject head-on, in a fashion that's most unladylike but resolutely womanly. The picture takes place in London between 1974 and the present, assessing the evolution of the friendship between Marina (Anna Friel), gorgeous but also shiveringly insecure, and Holly (Michelle Williams), who's slightly heavier and less conventionally beautiful, but much more pulled together emotionally.

Marina's mother (Trudie Styler, in a smart, stylish performance) is an aging but still glamorous party girl who's separated, off and on, from Marina's father. Holly, who is Jewish, lives next door with her bookish parents. Her mother (Deborah Findlay), is domineering but not unloving, in her own difficult way; her father (played with just the right balance of warmth and reserve by Allan Corduner) is easygoing and affectionate.

Each girl gets along famously with the other's family, although Marina clearly envies the warmth and stability of Holly's home life. The bigger complication is that Holly has, over the years, fallen deeply in love with Marina's older brother Nat (Oliver Milburn, charming and just sufficiently rakish). He returns Holly's affection, only she doesn't know it -- Marina, sensing what's going on, jealously sabotages the affair at every turn behind Holly's back.

"Me Without You" wouldn't be such a smart, or such an affecting, movie if Goldbacher (who also, with Laurence Coriat, wrote the screenplay) allowed us to think of Marina as a monster. As Goldbacher and Coriat have written her, and as Friel plays her, we're sympathetic to her from the start, although there's no way we can approve of her behavior.

Marina tears up a letter that Nat asks her to deliver to Holly after he and Holly have made love for the first time (it's Holly's first time, period), blissfully but ill-advisedly, on the floor of a well-appointed bourgeois home turned temporarily into a punk squat. While that's happening, Marina's in the next room with a creep who shoots her up with heroin and then comes on to her; wanting to experience everything, she doesn't resist.

Goldbacher is well aware that the choices we make are part of what makes us who we are -- but we often make our own choices for inexplicable reasons. Marina is conniving and catlike, and Friel plays her so convincingly that you shrink from the character a bit and feel protective of Holly. But Friel also shows us the frayed nerves and anxiety that tingle just beneath Marina's brittle outer layers. She's more vulnerable than Holly, simply because she's never had Holly's reserves of self-assurance -- a seeming paradox, since Holly is the one who is more insecure about her looks, and her bearing shows it.

And yet, as you watch Marina smoke by holding the cigarette poised between her curled toes (her fishnets are ripped to make this task a little easier), now and then passing it along to Holly, you realize her very boldness is a huge part of her allure. Later, in the scenes set in the early '80s, when the two girls are attending university, Holly becomes attracted to one of their professors, Daniel (played by that dashing scoundrel Kyle MacLachlan).

When Marina picks up on the vibes between them, she moves in for the kill -- and while you wish Daniel would opt for the brainier, more sensitive Holly instead, you understand exactly why he's drawn to Marina. She grabs at whatever she wants partly out of selfishness but partly as a way of reaching out for life itself, and her behavior, maddening as it is, makes perfect sense. She's already broken, so why not go for broke?

There's a delicately calibrated balance between the two girls -- you know exactly how they became such fast friends in the first place. (As 10-year-olds, they seal their friendship with a pact written on Biba stationery, which they seal up in an old Charlie bottle and submerge in a pond in Holly's garden.) Williams' Holly has everything Marina is so sorely missing, although she doesn't know it.

While Marina's features are beautifully defined, they also look as if they could cut glass. Holly is all soft skin and rounded contours; her gaze is direct and intelligent but never accusatory or judgmental. In the '90s, we see her flitting about her small flat (she's out of school and trying to make a go of it as a writer), wearing a vintage '40s dress that's torn on one shoulder. The tear reveals a crescent of soft skin that's both glowingly sensual and completely in keeping with Holly's vague carelessness -- a carelessness that also translates into an inability to see what she has to offer the world.

Williams, an extraordinary and underrated actress, plays Holly's evolution from awkward, timid kid to poised, self-aware grownup without banging any pots and pans. Like her character, she's not the kind of woman who draws attention to herself. You're always aware of Holly's quiet suffering, particularly when she senses (but won't admit to herself) the ways in which Marina is scheming against her. But you always know she'll turn out all right. The movie finds the best possible resolution between these two characters: One that doesn't discount their love for each other, but recognizes that setting limits isn't always a bad thing.

There's a beautifully rounded maturity at work in "Me Without You," from the writing to the acting to the direction. Much of the movie takes place in the early '80s, and it has precisely the right mood, sound and look. (Any girl who ever wore a tattered '50s party dress while dancing to Echo and the Bunnymen will pick up on the accuracy of the movie's aura immediately.)

This film's intelligence and forthrightness about the things women sometimes do to one another -- and its resoluteness about where the line should be drawn in terms of selflessness between friends -- set it head and shoulders above most contemporary movies that deal with friendships between women. (The most egregious recent example may be "Crush," in which two women betray a third in an almost Shakespearean-villainess manner -- and yet everything ends with hugs all around.) Not being able to preserve a friendship at all costs isn't a moral failing. At the same time, when a pal holds a cigarette steady for you between her toes, it has to count for something. Friendships, like love affairs, are built on small moments, and even long after they've ended there's no way to calculate their true value.