Thanks, but no thanks

Why I wouldn't take part in the AIDS vaccine studies announced at the Barcelona conference. 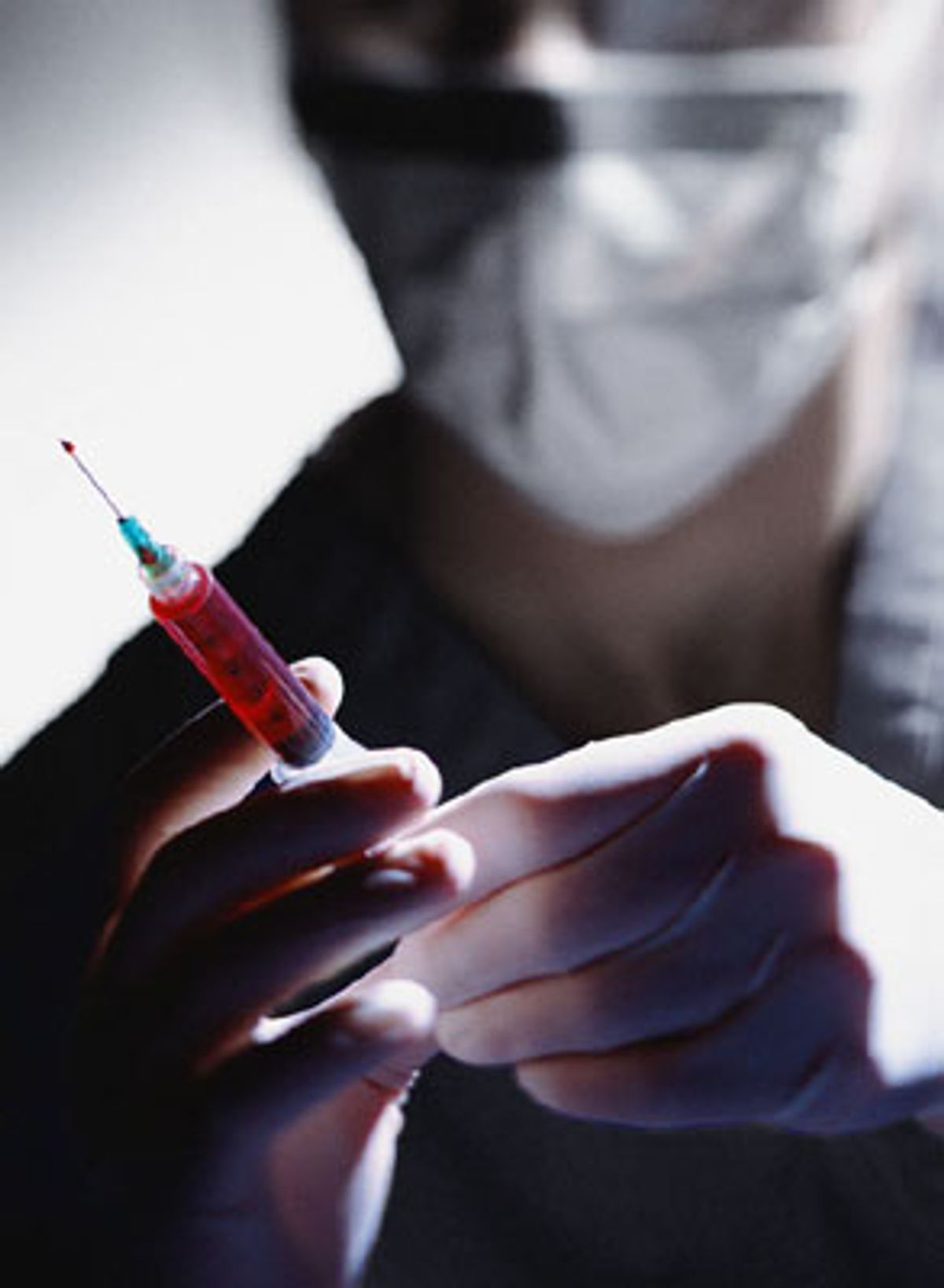 The hope and hoopla are understandable. In America, 850,000 people are infected with HIV, according to the Centers for Disease Control and Prevention. While AIDS is considered a "manageable" condition, 17,000 Americans still die of it every year.

But there's nothing manageable about AIDS in Africa, where 40 percent of the population in many regions is infected with HIV. Experts believe that nearly 6.5 million Africans will die annually by 2020, when they expect the epidemic to peak.

The fight against AIDS is branching from treatment toward vaccination. In 1996 the entire NIH budget for AIDS vaccine research was $111 million. President George W. Bush's budget proposal for 2002 is $357 million.

In addition, 17 different vaccines have reached small clinical trials, and dozens more are in various stages of research in monkeys and other animals.

The fury and the frenzy of AIDS vaccination efforts are strictly about the technology, the medicine, the efficacy, the possible results. But nobody talks about the more personal side of being a test subject -- the psychological, physical and sexual implications.

I would not want to participate in any AIDS vaccine study. First, I'm afraid it would actually encourage me to have unsafe sex, and second, I don't want scientists secretly hoping that I'll expose myself to the virus to see if the vaccine works.

Educated as I am about HIV intellectually, I play dumb about it in bed. There is a disconnect between what I know and what I should do to protect myself. I'm safe, but not safe enough to stop me from sweating every time I take the HIV test.

For instance, I will justify not wearing a rubber by saying, "Well, as long as I'm penetrating and not receiving it's not that bad." Even my doctor gasped at that line of thinking. It's true that playing "pitcher" is safer than playing "catcher," but it's still high-risk behavior.

Even when I went home with guys I knew to be HIV positive I still managed to convince myself that there were things I could do other than simply shaking their, um, hands.

Why do I put myself in situations I know are dangerous? Because logic flies out the window when emotions walk in the door. Sex is not a logical act. Only in laboratories is there an arithmetic to chemistry. In bed, facts and figures, trends and data, get Cuisinarted in the mix of longing, needs, drives and mood.

If you're not in a high-risk group it's hard to understand why practicing safe sex seems so hard for people who are. On a rational level it's such a no-brainer: Don't do XYZ and you won't get HIV. But trying to operate your love life according to scientific guidelines is like trying to paint a landscape with the help of a lawn maintenance manual. Weeds and pesticides are at odds with beauty and passion.

It's hard to keep yourself from doing what you're physically, emotionally and spiritually hungering for in bed. If your sense of worth, your sense of being fully alive, of feeling deeply connected to another person hinges on certain sexual acts, then what does it mean to deprive yourself of them? That you can only go so far in communing with another person? That you'll never experience the true meaning of love and its attendant requirement to surrender?

We look for excuses, loopholes, exemptions from our own responsibility. And that's what I'd be afraid of if I participated in an AIDS vaccine trial -- that I'd use the vaccination as a false sense of security, a way of giving myself permission to engage in unsafe acts.

The irony is that participating in an AIDS vaccine trial doesn't even guarantee someone of getting the vaccine. Half the test subjects will get a placebo. But my capacity for denial is boundless. I'd end up convincing myself I was in the test group, not the control group, and take refuge in the connotations of the word "vaccination" -- safety, protection, invulnerability.

Participating in a vaccine study wouldn't make me fling all caution to the wind. But it would ratchet up, bit by bit, my willingness to take more and more measured risks.

And if I do that, I'm increasing my chances of getting the very thing I'm being vaccinated against. Not only that, but I'm also increasing the chances of getting other sexually transmitted diseases like gonorrhea, herpes or syphilis, because the less you use condoms, the more likely you'll catch other STDs.

The other reason I wouldn't participate in a vaccine study is a grisly vision I have of scientists secretly cheering me on to have unsafe sex.

Certainly no scientist with a shred of decency wants to see people become infected, get hurt or die in an experiment. And certainly the protocol for the test involves the encouragement of safe sex practices. But come on, the only way to prove whether the vaccine works is for people to repeatedly expose themselves to the virus. It's like testing an air bag on human beings. The car has to crash if you want any data, and I don't like to think of myself as a crash-test dummy.

Imagine if everyone participating in the vaccine study practiced safe sex. Impolite as it would be to say, there'd be a lot of disappointed scientists. It's understandable but grotesque.

I would imagine that scientists are in a kind of denial about the ethical dilemma of AIDS vaccines. And who could blame them? There's never been an immunization program for a disease whose transmission is almost completely dependent on the victim's behavior.

You can't catch HIV from contaminated food, as you can catch hepatitis or polio. You can't catch HIV from another person's cough or sneeze, as you can catch the flu. You catch HIV from consciously performing an unsafe sex act or willfully injecting drugs with a contaminated needle. There are exceptions, of course (rape, blood transfusions, medical workers accidentally sticking themselves with infected needles), but the vast majority of infections occur because of personal behavior, not impersonal circumstance.

This is not an argument to stop AIDS vaccine trials. Every 10 seconds someone in the world dies of AIDS. To stop the trial because some people like me will increase their chances of infection would be nothing less than obscene.

Still, the impact on test subjects and the ethical unease that scientists must feel need to be discussed. Otherwise, when the U.S. trials begin, a lot of potential test recruits -- people like me -- are likely to think "vaccine" is just another word for sexual complacency and will end up doing what health experts were trying to prevent in the first place.