If we really want justice in corporate America, we'll have to do it the hard way. It's time for accountants to bear arms. 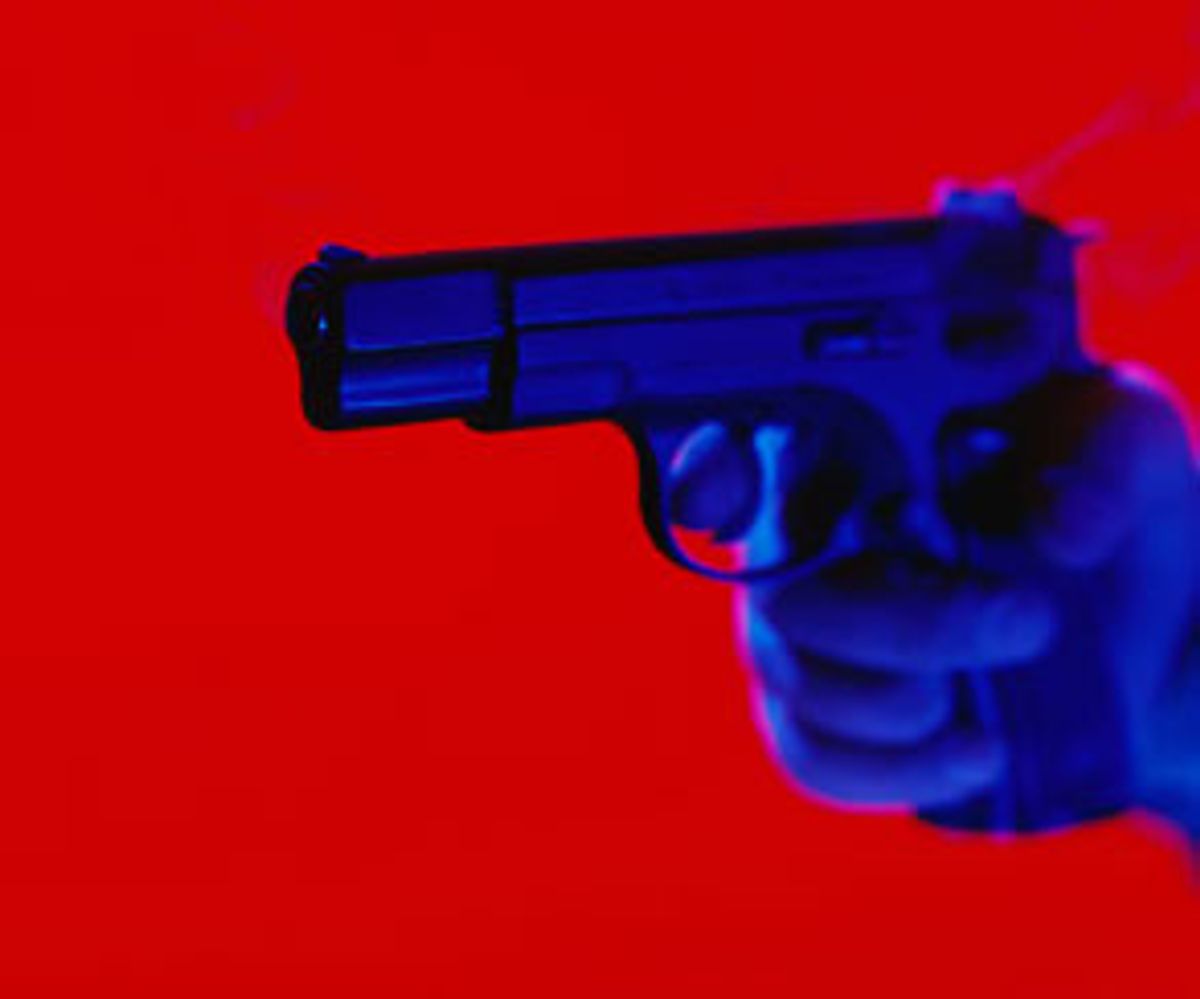 It was bound to happen sooner or later. In last Tuesday's New York Times, columnist Floyd Norris compared President George W. Bush to Herbert Hoover. Every time he opens his mouth the market swoons, and not in a good way. Alan Greenspan couldn't even shore up investor confidence, as his testimony before Congress demonstrated when his pointed criticism did little but stanch the bleeding.

This is it, folks, a real old-school general scandal, the sort of worm turning at the heart of America that birthed the SEC back in 1934. Not that that institution is going to be much help: Due to conflicts of interest, Harvey Pitt's skipping out of more suits than Playboy's women of Enron. The whole mess seems to have taken the air right out of the ship of state's sails.

Let's agree that something needs to be done. Let's take a page from the House of Representatives, which recently passed a bill authorizing commercial pilots to carry guns. Let's arm the accountants!

After all, it worked against a bunch of thieves pretending to be businessmen in "The Untouchables." Sure, you'll say that accountants were complicit in all of the year's major scandals, but you're not putting it in context. Those guys were as dirty as the cops Capone bought in Chicago. We just have to arm the right accountants. Up until now, honest accountants, like honest cops, couldn't put the balance right or even so much as speak out for fear of losing their jobs and being blacklisted. But nobody fires a guy with a gun. Nobody.

Do you have a better idea? Last week, Bush trotted out a few nostrums like tougher sentencing guidelines and using "plain English" in corporate reports. But that seemed more like his scripted old self than the man that promised us dead evil-doers. Over the past month, there have been a few good proposals from various quarters, and a handful are actually on the floor in Congress. But the leadership isn't there -- there's actually so little "there" there that the same House Republicans that brought you the Contract with America actually outran the administration with proposed solutions.

While it's easy to understand why the first MBA administration may shy away from reining in the Fortune 500, it's more difficult (and more worrisome) to understand that they've already forgotten that Sept. 11 changed everything. Not just foreign policy. Not just law enforcement. It changed the way we thought of ourselves, and drastic action was required to restore a semblance of confidence.

It seemed as if the administration was lurching in that direction with the proposed Office of Homeland Security. Now it's clear that they're pulling back from real leadership. America needs more than tougher enforcement; it's quite clear that, at the very least, we need new laws too. Maybe the proposed Office of Homeland Securities goes too far for the small-government president. OK, George, big government doesn't have to solve this one. We'll do it. With live rounds!

Sure, arming the accountants might seem like an extreme proposal. Think, though, of the alternative: We already have a president who seems more and more like Herbert Hoover every day. Once people suffered for years under a president who didn't understand that his voters were confronting a starkly unfamiliar world, before they voted in somebody who was willing to take risks and lead boldly. Now Americans again feel adrift and crave real leadership. Frankly, if we don't do something soon, next year's Hoovervilles are going to be called Georgetowns.

Jim Jazwiecki is a writer in New York.