Portland's post-riot grrrl trio start up their songwriting machine again -- and deliver a fresh new album, "One Beat." Listen in. 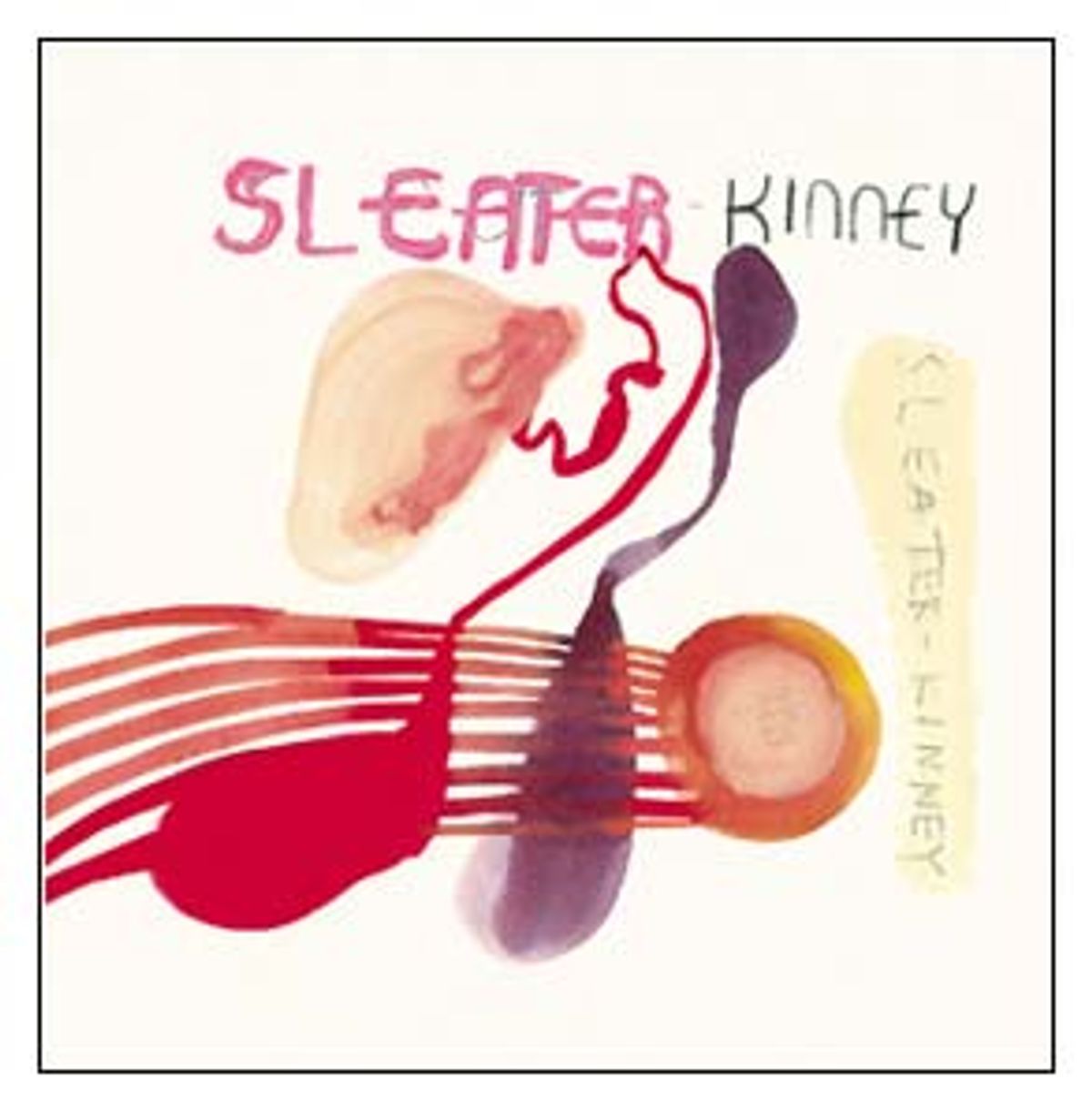 Sleater-Kinney
"One Beat"
Out now on Kill Rock Stars

After a yearlong break, Portland, Ore.-based Sleater-Kinney (Carrie Brownstein, Corin Tucker and Janet Weiss) return with their sixth album, "One Beat." In the meantime, Brownstein tried her hand at acting in an independent film, Tucker gave birth to her first son, and Weiss recorded and toured with her other band, Quasi. The hiatus was a fruitful one for the band that has remained a vanguard of the riot grrrl sound and was once named "America's Best Rock Band" by Time Magazine.

"One Beat" in many ways represents a lateral move for the band artistically; as on 2000's "All Hands on the Bad One," the songs have a familiar feel and progression, mining a formula that's been prevalent since 1997's "Dig Me Out." Sleater-Kinney haven't expanded their scope as much as they have focused their sound, drawn it inward, and subverted it for new possibilities. "One Beat" has softer edges than previous albums, and even plumbs the depths of pop-punk to bring an exhilarating energy to songs like "The Remainder" and the "Light-Rail Coyote." It also explores politics, motherhood, relationships and faith, in edgy Sleater-Kinney fashion, but with an underlying sense of calm and playfulness.

Critics have accused Sleater-Kinney of being too formulaic at points throughout their career (one reviewer went so far as to suggest that they had a "Sleater-Kinney songwriting machine"). And while none of these songs will surprise you if you've heard Sleater-Kinney before, it's difficult not be sucked into "One Beat."