The erotics of reading 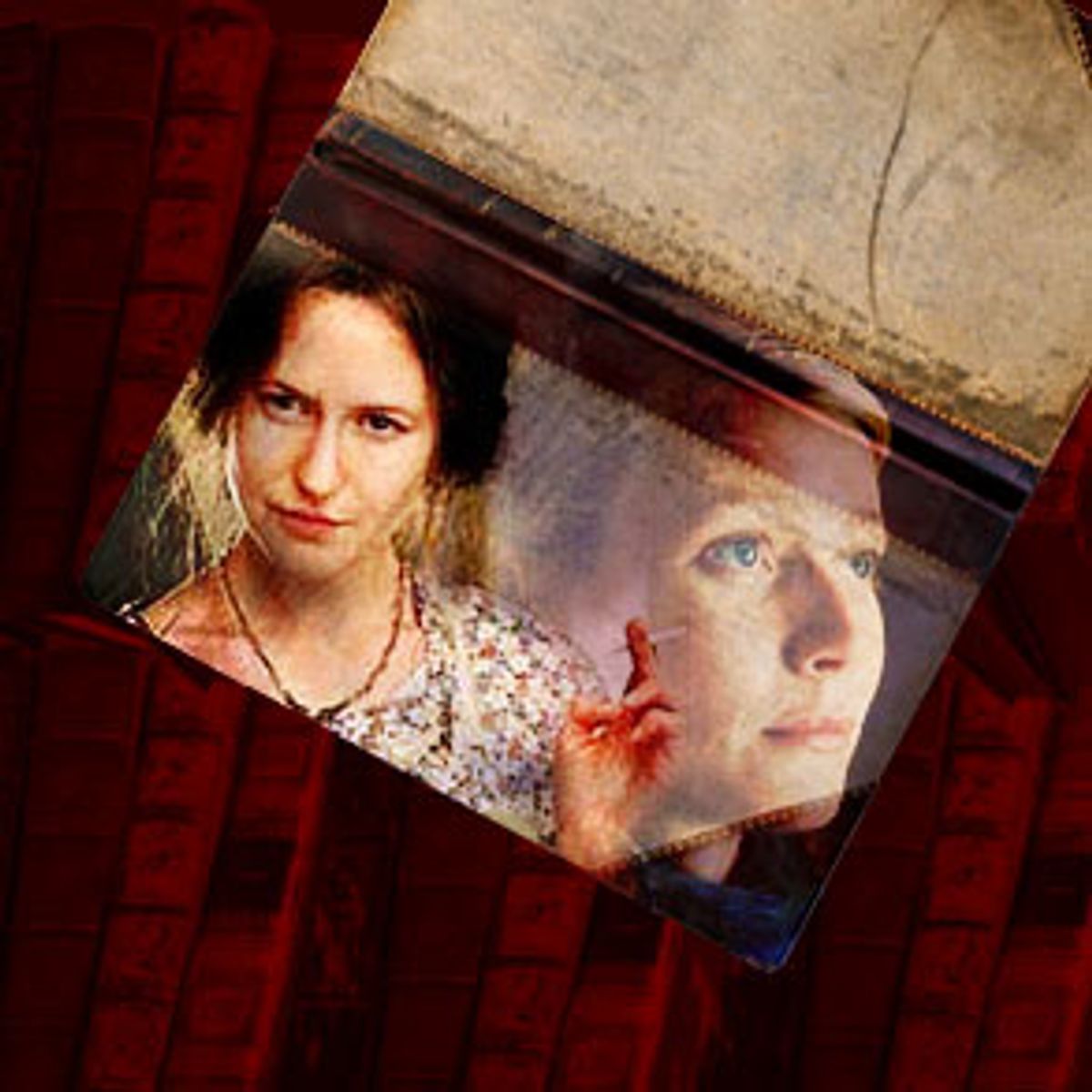 "Can Bookish Be Sexy?" asked the New York Times Sunday Arts and Leisure story in a way that could only offend or alarm those people whose life has to do with words. A book, for some of us, is not just a page-turner but a turn-on. Those truly possessed by books (and the rough occasion of this piece is a movie called "Possession") would not purchase a book without first smelling it, weighing it in the hand, feeling the taut, well-toned musculature of the binding, and generally seeing that the creature had a front end and a back end where entry was possible, and might be welcome and rewarding. I like to own books as well as read them, and I enjoy airing a volume out, taking it down from the shelf, riffling through the pages, bending the spine back to a point where the gentle, glued and sewn constitution sighs and gives up some private inner aroma -- not just paper, or the materials of binding, but the last reserve that waits to be opened.

I daresay the myth prevails in some quarters that people who have their head in a book a lot of the time are not terribly "sexy." Those people are said to live in their own heads -- a residence that is sometimes regarded as close to prison or madness. Yet where else do the out-of-doors types reckon that sexuality waits (and rehearses) but inside the head? Let's try to put it this way: In all the practices available to men and women to foster sexual and romantic feelings I don't know one that is as intense as reading. There is no need to rate the several arts in terms of their potential for getting deeper into experience, or into our souls. Still, I believe that the formulation and articulation of ideas and feelings through prose has no superior. And when that delight comes in the solid form of a book, why, the bookish have nothing to be ashamed of. I will say it here and now: The sexual capacity of the well-read has struck me as being far beyond that of people less literate.

And then there is Gwyneth Paltrow. Alas. The hard task I have in talking about "Possession" is to admit that I have had enough of Ms. Paltrow. Yes, I daresay she was pushed into too many minor films for her own good. But in "Possession" she has to play a literary scholar, a blue-stocking, an intellectual snob, a bespectacled bookworm -- call her what you like. I have known such people and I am here to assure you that many of them were very sexy. I'll go further: The better they understood a book, the more fascinating they were as people. Now I know that Ms. Paltrow comes from a civilized, educated household. And I can see that she's striven to be "academic" for "Possession." But the film never worked for me because I could not believe that she had been altered by a book. Let alone possessed.

Let me now give an example of another film where I never had the least doubt about possession. There is a film coming of Michael Cunningham's novel "The Hours," directed by Stephen Daldry. It won't be out for several months, but anticipation will do you no harm. In this film, Nicole Kidman plays Virginia Woolf.

It's probably wise there to take a paragraph break in that several of the bookish class may be protesting, "This cannot be so" -- as if the woman in "Eyes Wide Shut," "To Die For," "Moulin Rouge," "The Birthday Girl" and so on has so little need to open, let alone write a book. But that's exactly where we come to the delicate ground where acting and reading meet. Ms. Kidman has worked hard to adjust her looks to be Virginia Woolf. Many people seeing the film will not quite recognize the actress -- others may grasp that they are seeing an actress take flight.

For what you get in "The Hours" is the full prospect of a woman who is so possessed by writing, by paper and ink, and by the overwhelming passion in books, that she is being destroyed by their creation. I do not mean to say that Virginia Woolf was a sexpot -- all I know is that this is a performances that carries Nicole Kidman to richer and more troubled depths of being a sexual creature who cannot stop thinking than any of her earlier films. Is Ms. Kidman well-read in fact? I neither know nor care. When I saw "The Hours" I felt that her pen on paper was the slow laceration of her soul, a process in which creation could not be disentangled from self-destruction.