What's all this fuss about the Wright brothers? All good Kiwis know New Zealand's Richard Pearse got there first. 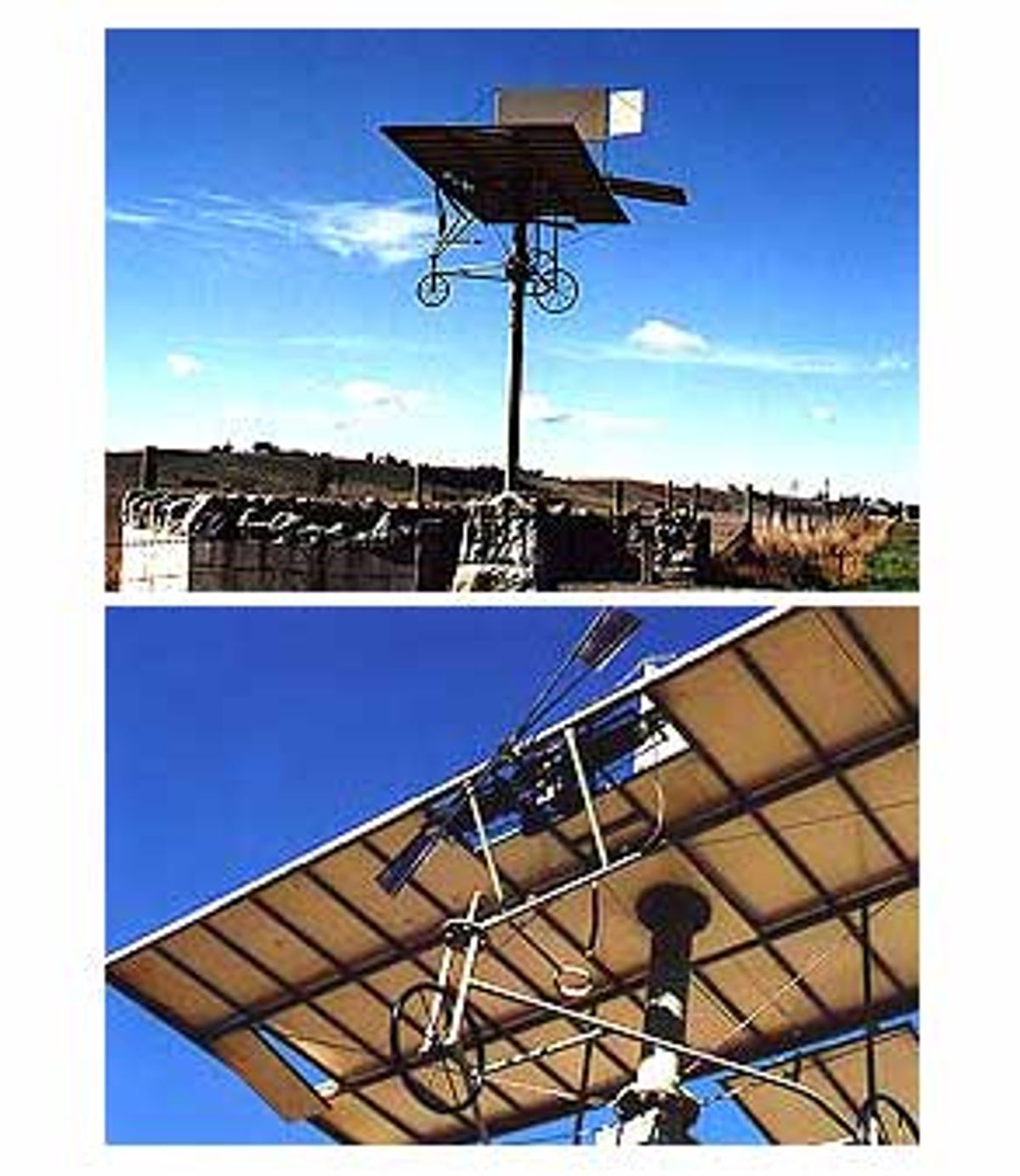 I was 13 when I first questioned whether the Wright brothers really were the world's first men to fly. It was Easter break in New Zealand. I'd hopped on a bus 200 miles down south from Christchurch to my dad's cattle farm in South Canterbury, famous for its parochialism, arid plains and pristine views of the Southern Alps. Every Easter, Dad hosts a "fly-in." Ultralight pilots from around the country congregate on his 480-acre farm for a laddish aviation pig-out of rallies, barbecues and races.

My dad builds and flies ultralights -- or what we in New Zealand call "microlights." He built South Canterbury's very first microlight from a kit he imported from the States in 1980. The day before Good Friday on their way to the fly-in, pilots would tear up Gardiner Road in their motorized half-glider pterodactyl-like planes. They'd scare the hell out of me, coming up close to the kitchen window, swooping over the roof and rose garden. The pilots would wave before heading to the paddock down below. Even a mile away their engines sounded like gigantic blow flies.

In 1983, Dad asked me to copilot his plane in the flour-bomb competition and to help with the prize giving. At the Waitohi Country Hall that night I gave the "pilot of the meet" award to a speedster daredevil pilot, a deer farmer from Invercargill who won all but one game. The prize was clunky -- a dilapidated bronze plane in a glass case with the words "Richard Pearse Memorial Trophey for Aviation Excellence" inscribed in gold. Richard Pearse, Dad explained on the drive home, was the first man in the world to fly. The infamous first flight took place on this very bitumen road, he said proudly. The fly-in rallies were held in Pearse's memory and honor.

Historians describe my great-great-uncle, Richard William Pearse, as a simple cellist, a shy cattle farmer and an aloof inventor. Both Gordon Ogilvie, who published "The Riddle of Richard Pearse" in 1973, and Geoff Rodliffe, the author of "Wings Over Waitohi" (1993) and "Flight Over Waitohi" (1997) spoke with several witnesses of Pearse's pioneering flight. The witnesses were schoolboys then and in their 80s by the time of the interviews. All agreed that late one summer, after considerable taxiing, Pearse flew a plane up 50 yards in the sky before crashing into a gorse fence on Main Waitohi Road. It was March 31, 1903, eight months before Wilbur and Orville's Dec. 17 flight of that year, making Pearse, not the Wrights, the first to fly.

Now, nobody in New Zealand claims that Pearse flew in a controlled fashion before the Wright brothers. Everyone who's heard of Pearse knows he was disastrous at landing. But if you're asking who got their plane in the air first, as my dad says, "Richard's the boy."

In the United States, preparations for next December's celebrations of the Wright brothers are well underway. In January the U.S. Centennial of Flight Commission joined with the Wright Experience, a nonprofit organization, to promote the 100th anniversary of the flight. The pilots who will fly the reproduction of the 1903 Kitty Hawk were selected in July.

Pearse fans are well aware that the rest of the world believes it was the Wright brothers who flew first. But they are not perturbed. They've begun their own preparations in New Zealand to celebrate the Easter centenary, in March 2003, of Pearse's first flight.

What makes Pearse's achievement great, for New Zealanders, is its expression of "You can do it, mate!" Kiwi ingenuity. Legend has it that Pearse worked alone. He was a reclusive guy who educated himself on aviation from reading periodicals from the United States. He had no financial backing or university degree. But in the backblocks of New Zealand (a mile from Dad's farm) he constructed a bamboo-framed monotype bicycle plane.

The plane was amazing. Many of its features have been incorporated into modern aircraft. In "Wings Over Waitohi" Rodliffe compares Pearse's plane to the microlights that came out 70 years later. Pearse's machine is also completely different from the Wright brothers'.

For instance, Pearse's plane had no skids. He designed a steerable tricycle undercarriage (not used elsewhere for 30 more years) and a tractor propeller out front. In contrast, the American invention had a pusher motor behind the aircraft. Pearse also replaced the usual aileron with a flap system that was activated by the pilot and allowed the aircraft to turn. "This closely resembles the method of control now generally used in high-speed aircraft," Rodliffe writes.

Yet even though Pearse's achievement was clearly a coup in aviation history, the flight wasn't recognized for another half century. Outside South Canterbury and pilot circles, knowledge of it has been patchy. Dad's boarding school in the nearby town of Timaru taught him nothing about Pearse. My history books ignored him as well. I was proud of being related to Pearse when I grew up, but if I wasn't around family or pilots nobody knew who he was.

Part of the problem was money. The Pearses were and are lowly cattle farmers. There was no flashy institute to hail the nation's first flight. No government funding or engineers. Nor was there publicity. Geography also hindered getting the word out. New Zealand is a small country with many more sheep (85 million) than people (3.8 million.) Waitohi, even today, is a tiny rural district. Walk 10 miles and you'll see just one farmer in his truck. Towns with pub, taxidermist, dairy (the Kiwi version of a corner store), post office, and fish-and-chip shop are a 20-minute drive away.

Pearse didn't help his own cause. With no tubas blaring, streamers or journalists touting his name, Pearse ventured on only a few more flights after the March event. Eyewitness accounts vouch for flights up to a quarter of a mile long. But eventually Pearse gave up on figuring out how to properly land and, ultimately, on aviation altogether.

Further complicating matters, Rodliffe writes, Pearse stated in a letter to the press that he began studying aerial navigation in 1904 and true aerial navigation was not achieved until 1905, totally discounting his own March 1903 flight. In fact, locals had seen Pearse toiling in his secluded workshop building engines and aircraft as early as 1898.

Nor were details of the flight recorded, either by Pearse or onlookers. Pearse was always a loner. But one reason he preferred solitude was the tendency of locals to brand him a fruitcake. Records say Pearse was called "Mad Dick," for his attempts to build a flying machine, or "Bamboo Dick," because he liked working with bamboo. This tall and lanky guy with chaotic hair became even more reclusive and disenchanted in his old age. He died alone in Christchurch in 1953, in despair that word of his flight never got out to the general public.

New Zealand started recognizing Pearse in the mid-sixties. It started when my granddad Dudley (a lovely, tall man I called Poppa), and his friends found the relics of Pearse's plane in a dump near the Opihi River bed. Had these not been found, neither national museums nor historians would have taken any notice of Pearse's flight at all. Rodliffe, who worked at Auckland's Museum of Technology and Transport, came down to inspect the engine cylinders, a cast iron piston and a propeller.

The dusty history books on Dad's shelves and his pilot friends always made me proud of Great-Uncle Dick. But the first time I felt New Zealand wanted to remember him was when the Richard Pearse Memorial Committee raised the couple thousand dollars it needed to build a monument, a replica of the plane. The mayor from Temuka, a funny cattle town of 4,000, arrived at Dad's farmhouse door one summer to tell him the monument was being erected on Main Waitohi Road. Dad's English wife, Jane, and I followed in the truck. While town officials stood by in their gabardine suits and the cattle pooped and mooed nearby, a helicopter lowered the replica, complete with a bronze plaque: "Richard Pearse -- The First Man to Fly, March 1903."

Once the ribbon was cut a photographer from the Timaru Herald persuaded Dad to fly overhead in his own plane. A big photo with the caption "In the shadow of a Great Uncle" showed up in the paper the next day.

I was too young to remember the TV special on Pearse in 1975. But I remember the stink about "Forgotten Silver," a spoof-documentary by Peter Jackson (now famous for directing "Lord of the Rings"), which poked fun at the New Zealander eagerness to find evidence proving that Pearse flew first. The New Zealand National Geographic did a sensitive five-page spread on Pearse in the early nineties. Meanwhile interest in the Richard Pearse Memorial Rallies grew steadily.

Journalists in the U.S. started paying attention, too. In the last few years travel publishers such as the Lonely Planet have begun to incorporate several pages on Pearse in their New Zealand books. Then, just months after I immigrated to San Francisco in 1996, the Discovery Channel aired a fancy hour-long documentary on Pearse. The TV crew interviewed Dad, other family members, aviation experts and historians. Dad liked it too. But when the narrator closed with the comment "And this all happened in March 1904," he lost the plot.

Awareness of Pearse is picking up in New Zealand as the big day approaches. The South Canterbury Aviation Heritage Center in Timaru has workshops building a new, more detailed replica of Pearse's plane. This will be bigger than the one on Main Waitohi Road (which when last I looked was peeling, pale and on its last legs). The parade in March will be huge. The South Island Tourism Promotion Council is plugging the aviator on its Web site as well as promoting and organizing the parade. Philip Browne, the project organizer, says the goal is to get Pearse's name, his achievements and South Canterbury on the world stage next March. "This is about the rest of the world recognizing what we already know: that this man was a man way before his time," Browne says.

In March three documentary makers were competing with TVNZ to cover the celebrations. New Zealand's largest independent film house, Communicado, which filmed "Once Were Warriors," is waiting for approval for its film "Soft Take-Offs, Hard Landing."

Amid all the hoopla, the centenary still makes me a bit sad. Poor Great-Uncle Dick. Had he been an American, not a New Zealander, his greatness would surely have been recognized sooner. And yet the fact that he was a New Zealander, and one ostracized by the locals, may well have what made him so determined to fly.

A thing called "the tall-poppy syndrome" is one of New Zealand's less publicized secrets. It's the notion that if you think too big or dream too much, the majority will knock you down so you'll be like the rest. People in New Zealand often don't think it really exists. But if you ask any of the 700,000 expatriates who've left and stayed away, it's often the reason they give for why they decided to emigrate.

I left paradise because New Zealand, for all its natural splendor and sweetness, felt like a tough place to be if you think out of the square. Great-Uncle Richard was certainly grand at that. It's no wonder the poor guy was so devastated. The locals back then thought he was loopy, and if history is right, not a single person thought to get to the township to call an editor and say, "Hey, I saw this guy fly a plane."