"City by the Sea" 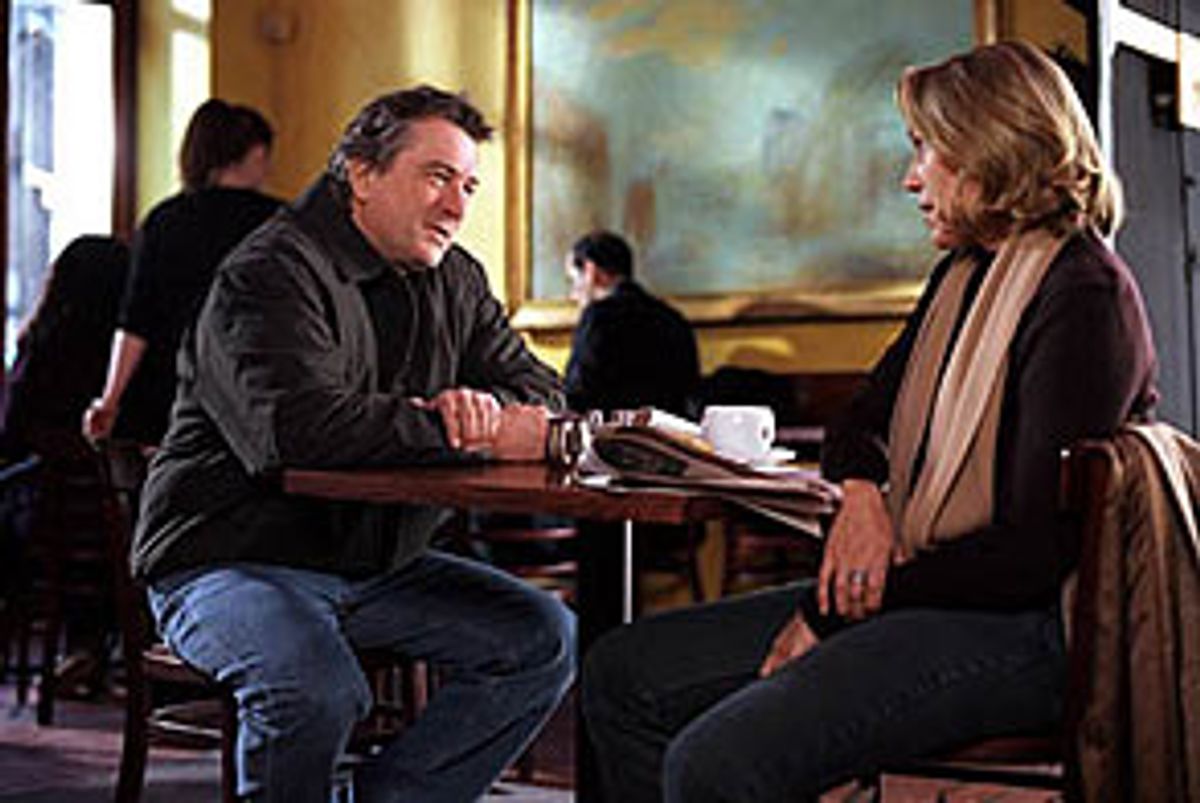 Don't let anybody tell you there's no art in Hollywood movies. It takes a certain kind of art to start out with two of the finest American film actors, a compelling human story and a remarkable setting, and then end up with something as dreary and pointless as "City by the Sea."

Blame for this tepid cop melodrama can be assigned in all directions, but very little of it sticks to Robert De Niro and Frances McDormand, who are so good together in their scenes as a damaged middle-aged couple trying to build or imagine a shared future that they'll almost make you forget the pedestrian movie around them. De Niro plays New York police lieutenant Vincent LaMarca, who abandoned his wife and son many years earlier in the crumbling Long Island resort of Long Beach (its slogan was once "city by the sea") and moved into Manhattan to start a new life.

The problem is, Vincent really has no life. Given the limitations of Ken Hixon's choppy and unfocused screenplay (adapted from an Esquire article about the real LaMarca by Mike McAlary, the late Pulitzer-winning reporter), this may be one of De Niro's best performances. Wearing a meathead haircut and around 20 extra pounds, he plays Vincent as a solid homicide cop who is also an abject failure as a father and a human being, but is only dimly aware of this fact. He does his job, but his permanent grimace, shuffling gait and slumped shoulders convey untheatrically how desperate he really is.

Vincent is carrying on a tentative romance with Michelle (McDormand), a woman who lives in his downtown Manhattan apartment building (we see the World Trade Center towers in one traveling shot). With her frankly middle-aged beauty, her air of a woman whose native common sense and good cheer have been bitten around the edges by trial and circumstance, McDormand is, as always, a marvelous screen presence. As in so many Hollywood movies, there's a real story here struggling to get out, a halting and perhaps unsuccessful romance between two messed-up Americans who find each other well past the Romeo-and-Juliet stage of life.

But Michelle is barely in the movie, and is barely a character at all. McDormand briefly makes her seem real, but we never learn her last name or exactly what she does for a living (OK, it's something to do with the theater). She's here as a counterpoint device to Vincent, to hang on his arm in Times Square, sit across the table from him in coffee shops and make him start thinking about his responsibilities as a man and a father. She doesn't quite exist.

"City by the Sea" was, as the phrase has it, inspired by a true story, but not much is left of the real LaMarca saga except its most basic, and admittedly extraordinary, outline: Vincent's father, Angelo LaMarca, was executed at Sing Sing in 1958 after a botched kidnapping that led to a child's death. Vincent himself became a decorated police officer, but his own estranged son, Joey, killed a drug dealer in 1996. In fact, Vincent was a cop in Long Beach (not New York City) who was retired by the time Joey became a criminal suspect and played no role in the investigation. McAlary's article asked the question of whether some kind of "murder gene" had skipped generations in the LaMarca family, an issue the movie ignores.

Hixon's screenplay, implausibly but predictably, makes Vincent the lead investigator on the homicide case that eventually points to his son. This is supposed to dramatize his failings as a father, I guess, but it only leads to a bunch of canned cop-movie scenes that would have looked fake on an episode of "Kojak." Vincent roughs up greasy, mustachioed guys with names like Snake and Spyder (no, seriously!) in rundown oceanfront diners, growling at them about how he knows his kid is damn well innocent and they'd better come clean. There's a certain nostalgia for the white ethnic past involved in a lot of Hollywood crime movies -- if only urban criminals still looked like James Dean extras, smoked out the sides of their mouths and addressed their immigrant mothers as "Ma" -- and "City by the Sea" is a textbook example.

Director Michael Caton-Jones, a perennial Hollywood mediocrity whose films include "This Boy's Life" and "Rob Roy," opens with some intriguing vintage footage of the Long Beach boardwalk in its heyday, two generations ago. He and cinematographer Karl Walter Lindenlaub keep returning to the decaying landscape of abandoned Skee-Ball arcades and hot dog stands (actually, it's not Long Beach but Asbury Park, N.J., Bruce Springsteen's fabled hometown) in hopes that some of that ruined-Americana atmosphere will rub off on their movie.

Besides that tragic setting and De Niro and McDormand's all-too-sparse moments together, though, "City by the Sea" just shuffles around, trying to become "Atlantic City" or "Seven" or "Requiem for a Dream" but without one-seventh of the imagination or vision of any of those. Far too much of the film is expended on Vincent's junkie son Joey (James Franco), a whiny malcontent who has committed a moronic crime and never remotely becomes a sympathetic or interesting character. I wasn't sure through most of the picture whether Franco was trying to do James Dean or Sid Vicious; either way it's an irritating, actorly performance.

De Niro continues to have good moments in the film's dying stages, as the search for Joey leads him into his past and his future, as represented by his embittered ex-wife (Patti LuPone) and by Joey's tough-talking girlfriend (Eliza Dushku), who produces a grandson Vincent doesn't even know about. (Dushku's character actually lives atop a porn palace, which strikes me as more pseudo-noir nostalgia. All that's missing is the sizzling neon sign out the window.) The rising tide of histrionics seems to drive McDormand right out of the movie, as if one day on the set she rolled her eyes, packed her bags and moved on to something better. You can't blame her, but any urgency or sense of purpose that "City by the Sea" might once have possessed departs when she does.