The path to peace

The only way to beat terrorism is for the U.S. to unite the world, not divide it. 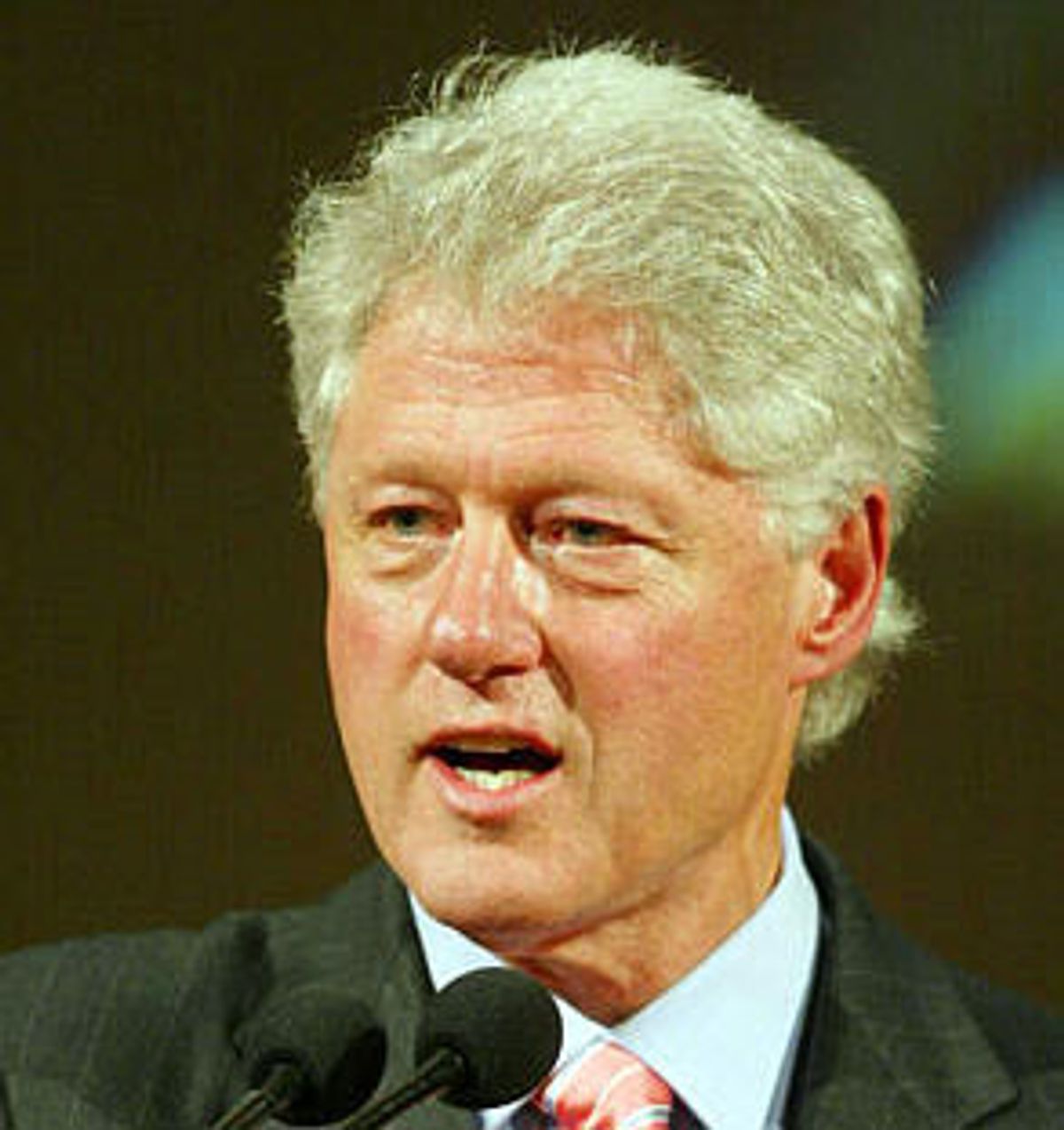 The central reality of the 21st century world, as the spread of terrorism and the vulnerability of the United States to it demonstrate, is that our era is globally interdependent but far from integrated. We learned on Sept. 11 that the very forces of globalization we helped to create -- open borders and commerce, easy travel, instant communications, instant transfers and widened access to information and technology -- can be used to build or destroy, to unite or divide.

At the same time, old confrontations have taken on frightening urgency, especially the India-Pakistan conflict over Kashmir and the violent stalemate in the Middle East. Progress on these and other global challenges requires us to develop a larger strategy for American foreign policy, rooted in a fundamental commitment to move the world from interdependence to an integrated global community committed to peace and prosperity, freedom and security.

At the heart of all these struggles is a global battle of ideas, especially in the Islamic world, where fundamentalist rivalries have twisted religion to justify suicide assassination of innocents as a legitimate political tool blessed by Allah. This epic battle revolves around three very old and fundamental questions: Can we have inclusive communities or must they be exclusive? Can we have a shared future or must our futures be separate? Can we possess the whole truth or must we join others in searching for it?

These dilemmas present perhaps the most enduring conundrum of human history: Can people derive their identity primarily by positive association or does life's meaning also require negative comparison to others? From the time people came out of caves and formed clans, their identities were rooted both in positive associations with their own kind and negative views of those who were outside their community. This kind of self-definition has dominated human societies for most of the 6,000-plus years of organized civilization.

For all the progress of the past, we nearly destroyed the planet in the first half of the 20th century. The idea of a global community of cooperating members was not institutionalized until the United Nations was founded in 1945. Achieving it was not a practical possibility until China decided in the 1970s to move toward the rest of the world and the Berlin Wall fell in 1989. Since then, the world has been consumed with religious, racial, ethnic and tribal conflict.

Clearly, hostility and violence among different peoples are not genetically ordained. People may be mutually suspicious of "the other," but they have to be taught and led to kill. Our challenge is to figure out how people can enjoy the benefits and identity of their discrete communities and still successfully be part of larger communities. The European Union is a shining example of how former enemies can retain national identity and still become close allies.

An idea of community requires belief in a shared, not a separate, future, one in which everybody counts, everybody has a role to play and we all do better when we help each other. Belief in a shared future requires rejecting the radical fundamentalist claim to possess the whole truth in favor of the belief that life is a journey in search of the truth and that we all have something to contribute. That leads us to the core of what we value in the integrated global community: Our differences are important, but our common humanity matters more.

The challenge of Islamic radicals embodies all of these fundamental issues. People who support Osama bin Laden and believe in his vision of the world want exclusive, not inclusive, communities. They insist on a separate future based on their version of the truth. These elements are all at the root of the India-Pakistan conflict and the divide between Palestinians and Israelis. The violent groups with exclusive claims to a separate future are active in Indonesia, the Philippines, Colombia and elsewhere.

The political and ideological world needs to do what the economic world has already done -- develop a global consciousness that allows for inclusion, a shared future, a cooperative search for truth.

This is not, as some have asserted, a Western concept. The fastest growing economy in the Middle East is Dubai, a Muslim country actually seeking residents from other nations and quietly integrating with the modern world. The leaders of Dubai have chosen a shared future rooted in tomorrow's possibilities.

Turning these ideas into action will take time and will require more than talk. We must fight the terrorism and violence that threaten to destabilize the world with an aggressive security and foreign policy designed to produce more partners and fewer terrorists.

First, we should support President Bush and our military in finishing the job of getting Osama bin Laden and the other al-Qaida leaders out of Afghanistan.

Second, we must do everything we can to end the North Korean nuclear missile program. This is a very big deal: The North Koreans may not be able to grow enough food to feed their people, but they are world-class missile builders and they sell missiles to our adversaries.

During my administration, we succeeded in ending North Korea's nuclear program and its testing of long-range missiles. At the end of my second term, we came close to an agreement to end its missile program entirely. The key to the final agreement was to be a presidential visit to North Korea. I was willing to go, but in the last few weeks of my administration we had to focus all our energies on the apparent chance to achieve a Middle East peace agreement. I decided not to risk this chance by taking a trip that would have had to include South Africa, China, and Japan.

I remain convinced that an end can be negotiated to the North Korean program if the Bush administration makes it a high priority.

Third, we must constrain the production and distribution of chemical, biological and small-scale nuclear weapons. We know that Saddam Hussein is a continuing concern because his laboratories are busy. His military is much weaker than it was at the time of the Persian Gulf War, but the threat of his labs is real. It is not as immediate as the need to restart the Middle East peace process and stop the violence there, and it may not require an invasion, but it must be addressed.

Fourth, we should increase the capacity of our friends to deal with terror. I support what President Bush is doing to help President Gloria Arroyo in the Philippines. I also believe Bush is right to broaden the uses of our aid to Colombia, in order to save the oldest democracy in Latin America from the Revolutionary Armed Forces of Colombia, or FARC. The FARC are, in fact, terrorists in the service of drug traffickers who are trying to make Colombia the world's first narco-state.

We should also support our friends in Africa who are trying to organize themselves into coherent societies. One of the best ways is to continue funding the Africa Crisis Response Initiative. Launched during my administration, this program provides U.S. support for a mixed African military force that can go wherever it is needed, so that Africans can be their own peacekeepers and deal with their own terrorists and tribal conflicts. I hope the Bush administration will not cut funding for this program.

Fifth, we have to improve domestic defenses and cooperation. I support the creation of a new Department of Homeland Security as long as it has the authority to keep all the related agencies in close cooperation and it has immediate access to all intelligence.

More partners, fewer terrorists. In addition to these five defensive steps, it is critical to our new foreign and security policy framework that we have a vision, as our predecessors did after the Second World War, for building a better world with more partners and fewer terrorists.

The guiding principle of this reordered world comes directly from the Third Way philosophy: Empowerment, opportunity and responsibility.

The first step is to have more, and more effective, international institutions. We already see the success of the North American Free Trade Agreement and the World Trade Organization. We see the wisdom of bringing China into the WTO. Our commitment to the Free Trade Area of the Americas and free trade are sound. We were right to ratify the Chemical Weapons Convention, expand Nato and support the growth of the European Union.

On the other hand, I think the Republican-controlled Senate was wrong to reject the Comprehensive Test Ban Treaty that my administration negotiated, a decision with which the Bush administration unfortunately agrees. I believe the administration was wrong to walk away from the Kyoto agreement and the International Criminal Court protocol that we signed. Rejecting the Kyoto agreement will make it harder for us to fight the scourge of environmental degradation, especially global warming and the related deterioration of the oceans.

The second pillar of this strategy should be to provide more targeted debt relief for the world's poor nations. The debt relief that we promoted in 2000 has already produced some stunning results because it was based on the requirement that all of the savings go into education, health care and development, providing opportunity while demanding responsibility. This initiative received broad international support and had great bipartisan backing in the US Congress. We should continue it with a new round that includes countries that have incomes above today's eligibility limit but also have high and debilitating rates of Aids and HIV.

United Nations secretary general Kofi Annan has asked for $10 billion a year to fight AIDS and other infectious diseases. We should pay our share. More than 10 million children in poor countries are not in school. In 2000, we allocated $300 million to pay for one good meal a day for poor children if they would go to school to get it. Impressive enrollment increases resulted. We should do more of this.

Fourth, we should intensify our efforts to bring peace in the world's most troubled places: the Middle East and the Indian subcontinent.

With a strong security policy, a vigorous effort to create more partners and fewer terrorists, and an unrelenting struggle to win the battle of ideas, America can do a great deal to move the world from interdependence to integration in a global community that builds a fitting world for all our children.

Adapted from a recent speech to a Third Way conference in London, this article originally appeared in "Blueprint," the magazine of the Democratic Leadership Council.